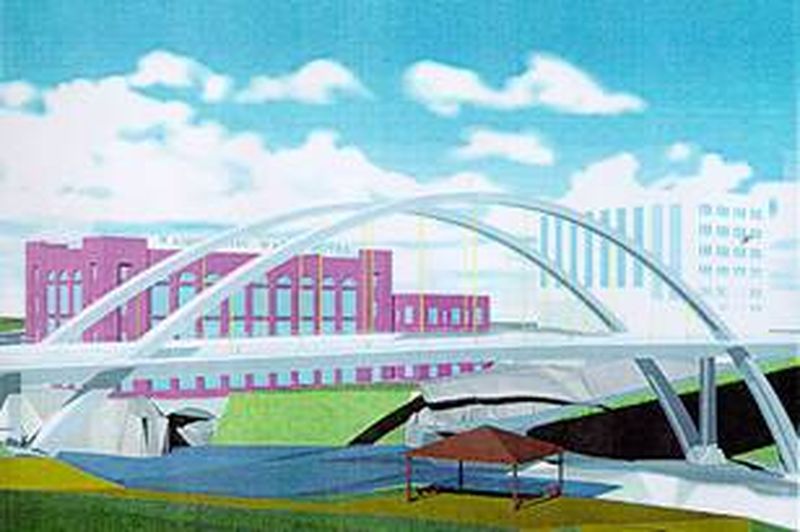 In 1992, the Spokane’s City Council directed staff to begin the design and construction of a new four-lane bridge over the Lower Falls. The Lincoln Street Bridge, as it was called, was to extend the city grid across the gorge – completing a paired arterial system with the adjacent Monroe Street Bridge.

Design on the bridge was nearly complete by 1997. That spring, a series of editorials by then-Eastern Washington University Vice Provost Robert Herold appeared in a local print weekly. Herold was highly critical of the impacts the bridge and its associated traffic lanes would have on downtown.

Spurred by Herold’s critiques, the citizen’s group Friends of the Falls held initial meetings to oppose the bridge and quickly found that nearly all those close to the river – whether by ownership, business, cultural, or recreational affiliation – felt the bridge would undermine the river’s potential. At the group’s first meeting, former state Sen. Dr. John Moyer insisted that the bridge project should succeed or fail based on a larger definition of community merit; instead of opposing the bridge, he argued, Spokane should embrace its river, and let decisions about bridges fall into that context. “No matter the outcome of this debate,” said Moyer, “we’ve got to do more with our river.”

Led by Friends of the Falls and alliances it formed across the political spectrum, the issue of the bridge over the falls generated hundreds of letters, phone calls, newspaper articles, prompted television coverage, became a radio talk-show staple, and developed into a litmus test for political candidates. Citizens of Spokane voted overwhelmingly in 1999 in favor of an initiative banning all new bridge construction in the Central Falls area without voter approval.

Many obstacles stood in the way of the project. There were objections that it reversed the cleanup (and bridge removal) efforts undertaken for Expo ’74. There were uncertainties about the structural qualities of the underlying bedrock, and negotiations were required with Washington Water Power (now Avista), whose hydroelectric facility would be directly impacted. Engineers later placed the bridge alignment directing the southern landing onto property not owned by the city, and clearance issues over the hydro facility forced the bridge up so high that its northern terminus would have effectively buried an existing upscale restaurant behind a 16-foot concrete abutment.

Perhaps most importantly, the City’s own Shoreline regulations – borne in the wake of Expo - prohibited such encroachment without proof of absolute necessity. For this reason and others, the Washington State Department of Ecology denied the special permit required for the project to proceed, and despite several appeals by the City, the denial was upheld by the Governor-appointed State Shoreline Hearings Board.

On February 15, 2000, the Spokane City Council unanimously withdrew its support for the Lincoln Street bridge project.

True to their word and to Moyer’s urging, Friends of the Falls transitioned its focus from bridge opponents to river gorge advocates, embracing the recommendations of a 1913 master plan prepared by the famous Olmsted Brothers landscape architecture firm and leading the development of a new 2005 master plan for the Lower Falls and gorge area. 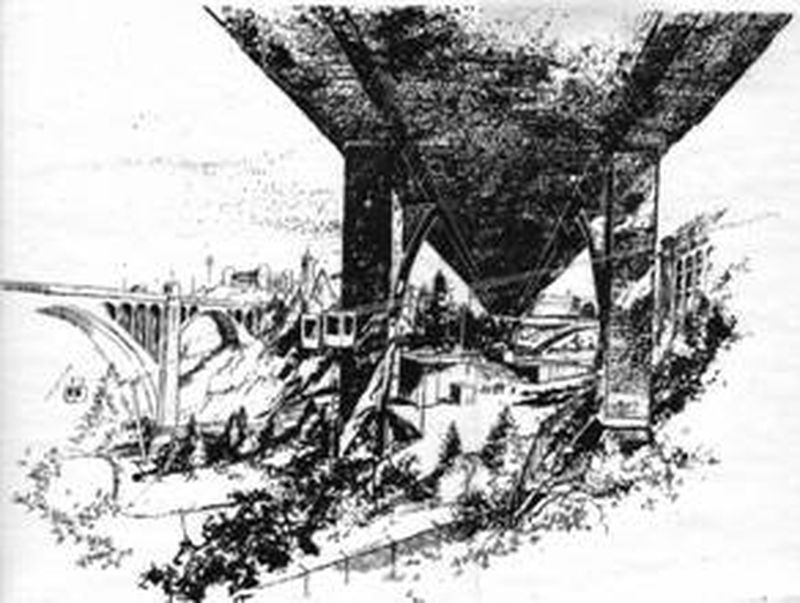 Directions to the next stop: Historic Monroe Street Bridge Restoration