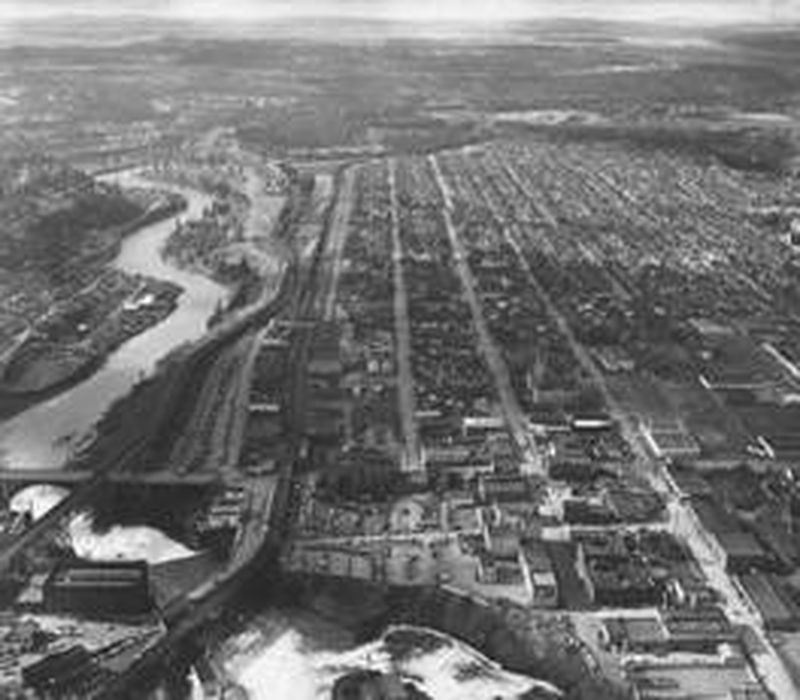 Kendall Yards is located in the southern part of Spokane’s West Central Neighborhood. The West Central Neighborhood is one of Spokane’s oldest neighborhoods dating back to the late 1880s. The history of the Kendall Yards property was dominated by rail yards. In 1914, the North Pacific and Milwaukee Railroad, later the Union Pacific Railroad, constructed a bridge at Monroe Street and a bridge on the southwest corner of the site across the Spokane River and Latah Creek known as the High Bridge Trestle. The Union Pacific constructed these two steel bridges and purchased the Spokane College property for the new rail lines operational facilities. This construction effectively separated the West Central Neighborhood from the Great Spokane River Gorge described in the Olmsted Brothers report to the Spokane Park Board.

Another railroad, the Great Northern brought its main line through the neighborhood just south along present day Bridge Avenue. The Great Northern Railroad built a spur through the neighborhood extending north along and crossing the Spokane River to Nine Mile. In the 1970s, the main rail lines were relocated from the rail yard leaving the 77 acres of vacant land with residual contamination from sixty years of railroad activities.

For over 30 years, the 77 acres of contaminated land overlooking the Spokane River in downtown Spokane lay idle. Beginning in 2001, a series of planning activities including historic platting that was reflective of the West Central Neighborhood historic grid and high-density mix-used development was proposed for the site. After a series of false starts, the Greenstone Corporation received approval in 2010 to develop Kendall Yards. This project included an amended PUD that reduced the residential and commercial density, while extending the existing street grid and committing to an extensive pedestrian circulation system that includes an extension of the Centennial Trail.

The Summit Parkway and Kendall Yards’ greenways are a network of parks, open space and protected lands that will be managed for multiple uses including: nature protection, biodiversity management, water resources, recreation, and cultural/historic landscape protection. Greenway systems, such as that proposed for the Kendall Yards include Great Spokane River Gorge Park and Centennial Trail linear corridor, Cedar Plaza and Olmsted Brothers Green set in a new residential and mixed-use neighborhood. The parks, Centennial Trail and open space physically and functionally connect with the West Central neighborhood and Kendall Yards to a historic natural landscape, the rest of Spokane and the region.

Today, the historic railroad site is clean, and new residential and commercial development is underway. The design is sensitive to the adjacent historic West central Neighborhood offering a range of housing styles, size and costs to assure socioeconomic and physical integration. Kendall Yards also takes advantage of the historic Spokane River Gorge landscape by extending the Centennial Trail and providing public access along the Spokane River and Gorge edge. 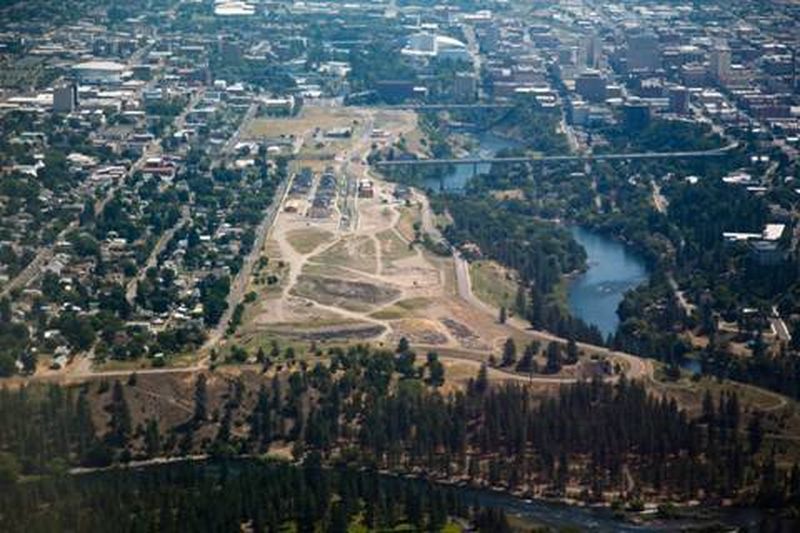 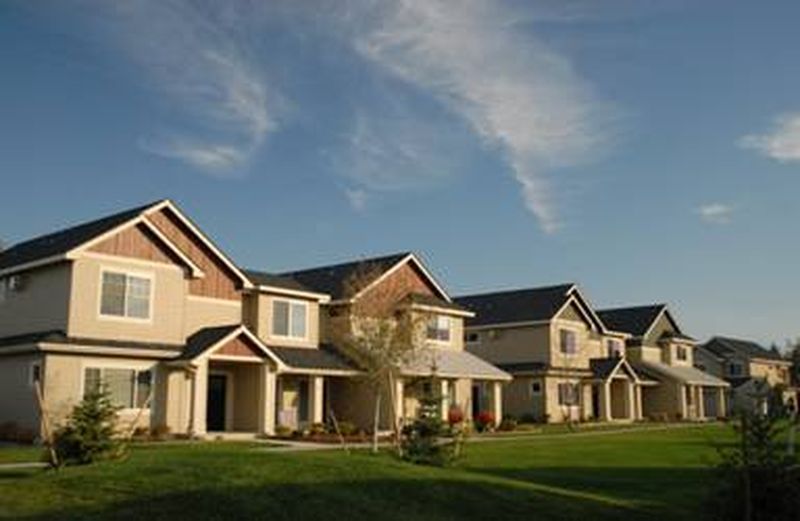 Directions to the next stop: Union Pacific and Milwaukee Trestle