Marine deputies are encouraging residents to avoid the Spokane River because of swift currents and heavy runoff from the melting snowpack.

The river is officially closed from Plese Flats to the Nine Mile Dam because of a broken safety- restraint cable at the dam, the Spokane County Sheriff’s Office said Tuesday.

Two people hired to be Spokane police officers will keep their jobs for just 10 days.

Police Chief Anne Kirkpatrick said she decided to revoke two recent job offers because of expected problems in the 2010 budget.

“I made the decision that it would be very poor stewardship to bring them on full time,” Kirkpatrick said.

The positions were open because of attrition and not related to the proposed creation of 24 officer jobs to implement a neighborhood policing plan announced in 2007, she said. Twelve of the 24 were hired last year. City officials say hiring the extra 12 is unlikely soon, and Kirkpatrick said the department is reworking the policing model based on the lower staffing level.

The chief said she decided to bring the two hires on for 10 days to trigger civil service rules that would lock them in as the first to be hired for future officer openings.

A Spokane Valley man died Monday after being injured in a motorcycle crash 12 hours earlier in North Idaho.

Stanley Wells, 54, was westbound about 2:15 p.m. Sunday on Good Hope Road near Athol, Idaho, when he missed a turn and crashed, police said.

It appears he was speeding on his Harley-Davidson, according to the Idaho State Policepolice.

Wells, who was wearing a helmet, was taken to Sacred Heart Medical Center where he died about 2:30 a.m. Monday, authorities said.

A burglar who targeted several homes after being released from jail because of a filing error last year was recently sentenced to 96 months in prison.

Charles R. Cope, 33, was convicted in Spokane County Superior Court of 22 felony counts of residential burglary, first- and second-degree theft, theft of a motor vehicle and possession of controlled substances.

Cope had been at Geiger Corrections Center since his arrest in August for a string of burglaries in a Spokane Valley neighborhood. 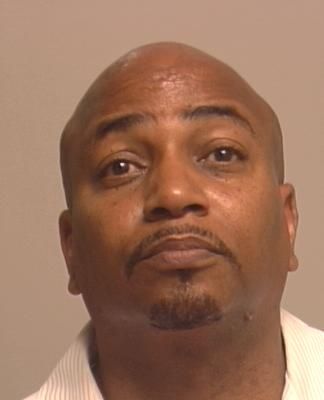 A level 3 sex offender has failed to register as one and is wanted on felony warrants.

Moore has a history of failing to register his home address after being convicted in 1987 of third-degree statutory rape and in 1995 of first-degree child molestation, according to Crime Stoppers.

Moore spent 15 days in Spokane County Jail last year after pleading guilty to failure to register as a sex offender.

Anyone with information on his whereabouts is asked to call Crime Stoppers at (800) 222-TIPS or submit the tip online at crimestoppersinland northwest.org.

Tipsters do not have to give their name but should leave a code name or number.