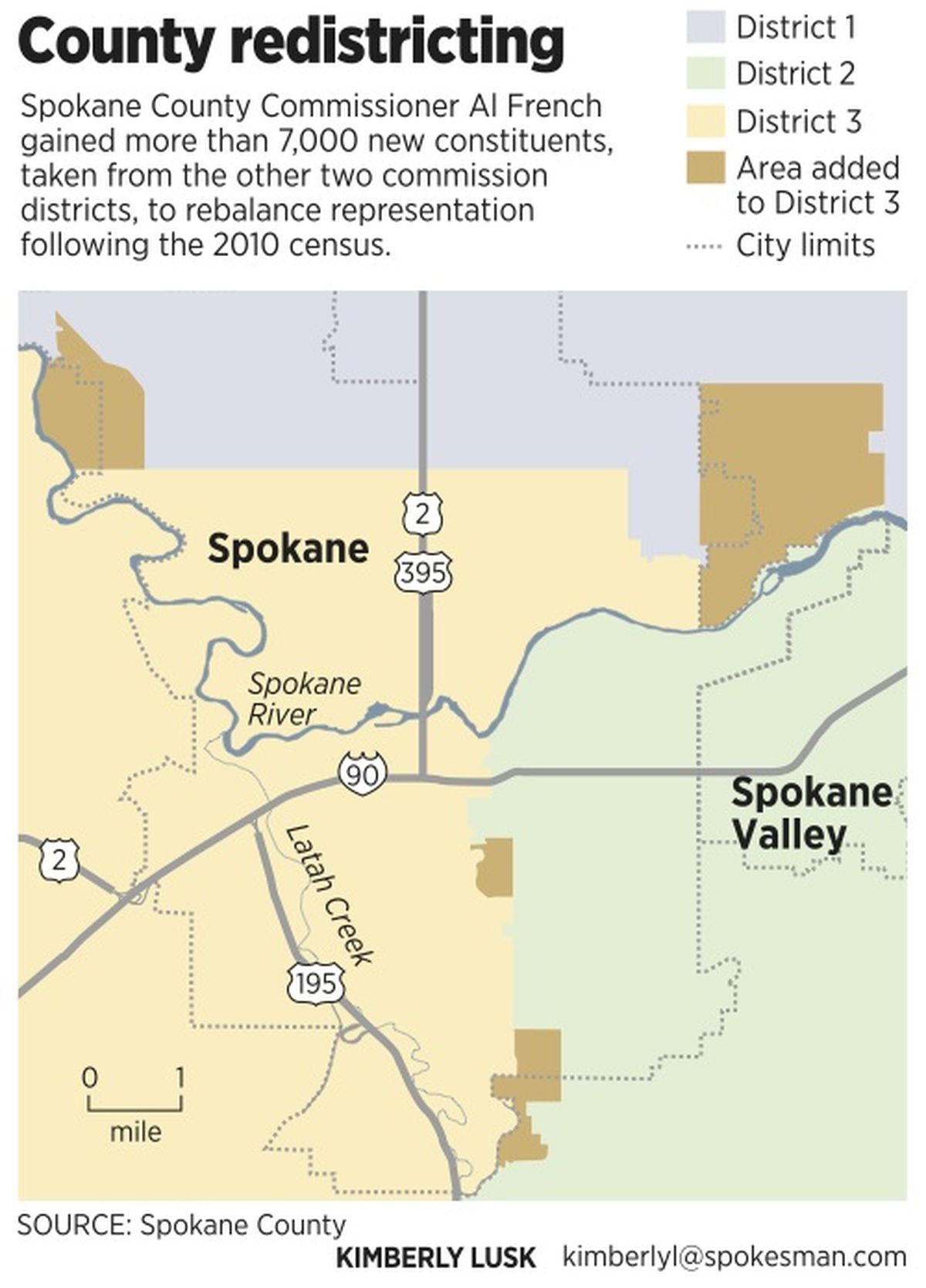 Starting this month, when residents of nine Spokane County precincts call their commissioner, they can call him Al.

Not Todd or Mark.

As a result, the three commissioner districts are now within nine residents of being equal, ranging from 157,070 to 157,079.

“That is just way close,” said Auditor Vicky Dalton. “I was just floored.”

She said it helped that relatively little change was needed.

Election officials and county commissioners considered three options before settling on one that gives French a large Beacon Hill-area addition that juts into Mielke’s district like an upturned thumb.

“We just couldn’t find really good breaking points in there,” Dalton said. “It was just easier to take the established precincts of 4100 and 4014.”

Elsewhere, several precincts will be divided. The process must be completed by the end of April because next year’s election filing period will be in May.

As much as possible, state law requires boundary adjustments that make districts compact and keep communities together, with dividing lines that are regular and logical. There must be no favoritism among racial groups or political parties.

The three Republican commissioners took a look at which areas voted for or against them individually, and drew mixed conclusions.

Spokane’s change is complete, and the last of the school districts was wrapping up work this month.