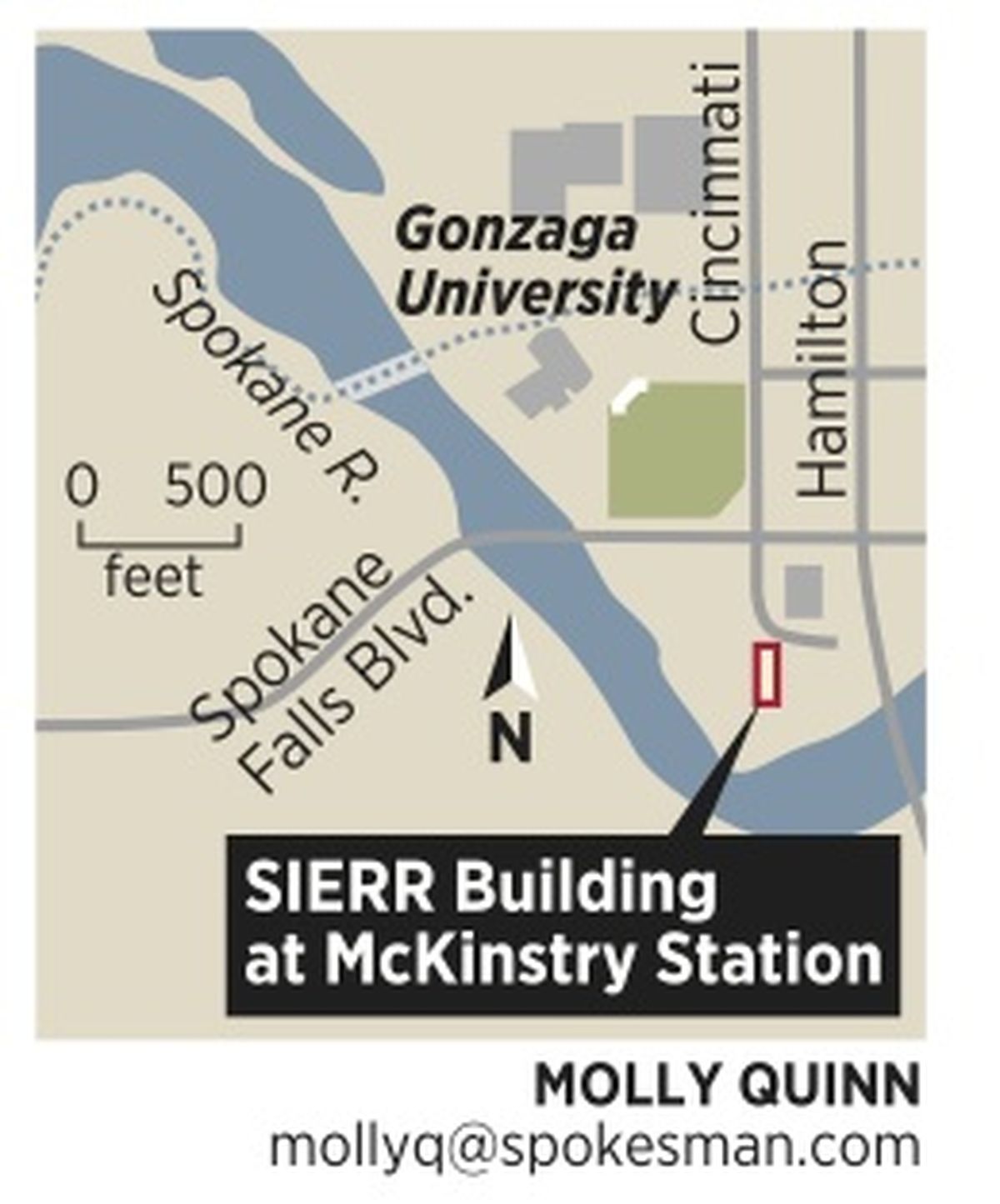 For a look inside the historic train barn that is now the high-tech headquarters of McKinstry, browse our display of large photos.
Several years ago Dean Allen was driving around Spokane in search of a site for a company office. He spotted an aging brick building along the banks of the Spokane River just east of downtown, and he decided it had potential. Allen, the CEO of Seattle-based McKinstry, now says the large building, built in 1907 and originally used as a railroad repair depot, was the best possible choice. It brought together about 90 workers inside a historic building that Allen hopes will become a gathering spot for other creative, innovative companies and startups. McKinstry, which designs, builds and manages other companies’ properties, has several offices across the western United States. The firm has operated in Spokane for about 10 years. But for Allen and others, McKinstry’s restored Spokane building is the plum and perfect example of the company’s core values of tech innovation and historic preservation. He said it was also important to move into the Spokane University District, the area east of downtown that has been planned as a gathering spot of businesses, higher education training, research and student activity. “We see this first as a commitment to our people,” Allen said. “But we really believed strongly that we need to put down deep roots since we plan on being in Spokane for at least another 100 years.” Having spent more than $20 million to buy the property and renovate it, McKinstry can afford to see that investment as a long-term asset. “We’re a built-to-last company,” he added, noting McKinstry has been in business 50 years and regards the Spokane building as the key to decades of future growth across the Inland Northwest. At one time Spokane developer Rob Brewster tried to generate plans involving retail and restaurant uses at the building, which he called the Great Northern, from the railroad that used it until the 1950s. Brewster and McKinstry bought the building a few years ago. Before long, Brewster sold his interest to McKinstry, which named it the SIERR Building at McKinstry Station. SIERR stands for Spokane and Inland Empire Rail Road, the original user that based its repair and maintenance operations there for electric trains running between Spokane and Liberty Lake. McKinstry officials showcased the building at an open house Thursday. Allen and local officials toured the 68,000-square-foot building that fronts the banks of the Spokane River south of Gonzaga University. McKinstry will use roughly one-third of the space. Allen said the goal is to find innovative companies as tenants so share the rest of the building. The building includes shared conference rooms, a café area, a workout center with showers and lockers, bike racks, and an outside storage area for kayaks. “We wanted a great place for our people, not just place to flop their laptops. We wanted it to be engaging and an inspiring place to work,” Allen said. The building is on local, state and national historic registers, allowing McKinstry’s investment to reap tax credits. At the same time, McKinstry added major upgrades that will lead to significant cost savings. Seven skylights were installed to open up the once-dark structure. And heat generated inside the building’s server room is recycled to heat the building as needed. “The building demonstrates for our customers that you can take an important, old building and show you can marry up historical preservation with energy efficiency,” Allen said. Brian Pitcher, chancellor for Washington State University’s Spokane programs, hailed the McKinstry project for its scope and long-term benefits. “They’re a very innovative company and their (building) will activate more interest for others to do the same,” Pitcher said.