An email written by a city employee heading recruitment of a new Spokane fire chief raises questions about the impartiality of the selection process.

Meghann Steinolfson, the city’s human resources analyst in charge of setting up the recruitment process, sent an email to members of the department’s command staff Monday urging them to attend the public forum and “not only meet the candidates, but to support Chief (Brian) Schaeffer.”

“I also really really really encourage all of you to attend the community forum,” Steinolfson wrote in the email. “If your direct reports can also attend, all the better.”

Steinolfson said in an interview that the email was not meant to skew opinion or impact the selection process.

“The purpose of that email was just to notify the leadership team at fire that they will be able to meet with the candidates, even though some of them aren’t on the interview panels, and if you want to support Chief Schaeffer, you can do that,” Steinolfson said.

Mayor David Condon is the only one with authority to appoint a fire chief, who must be confirmed by the City Council. Brian Coddington, the mayor’s spokesman, said the fire chief search has lasted months and stakeholders, including the union representing firefighters, have been able to participate in the process. 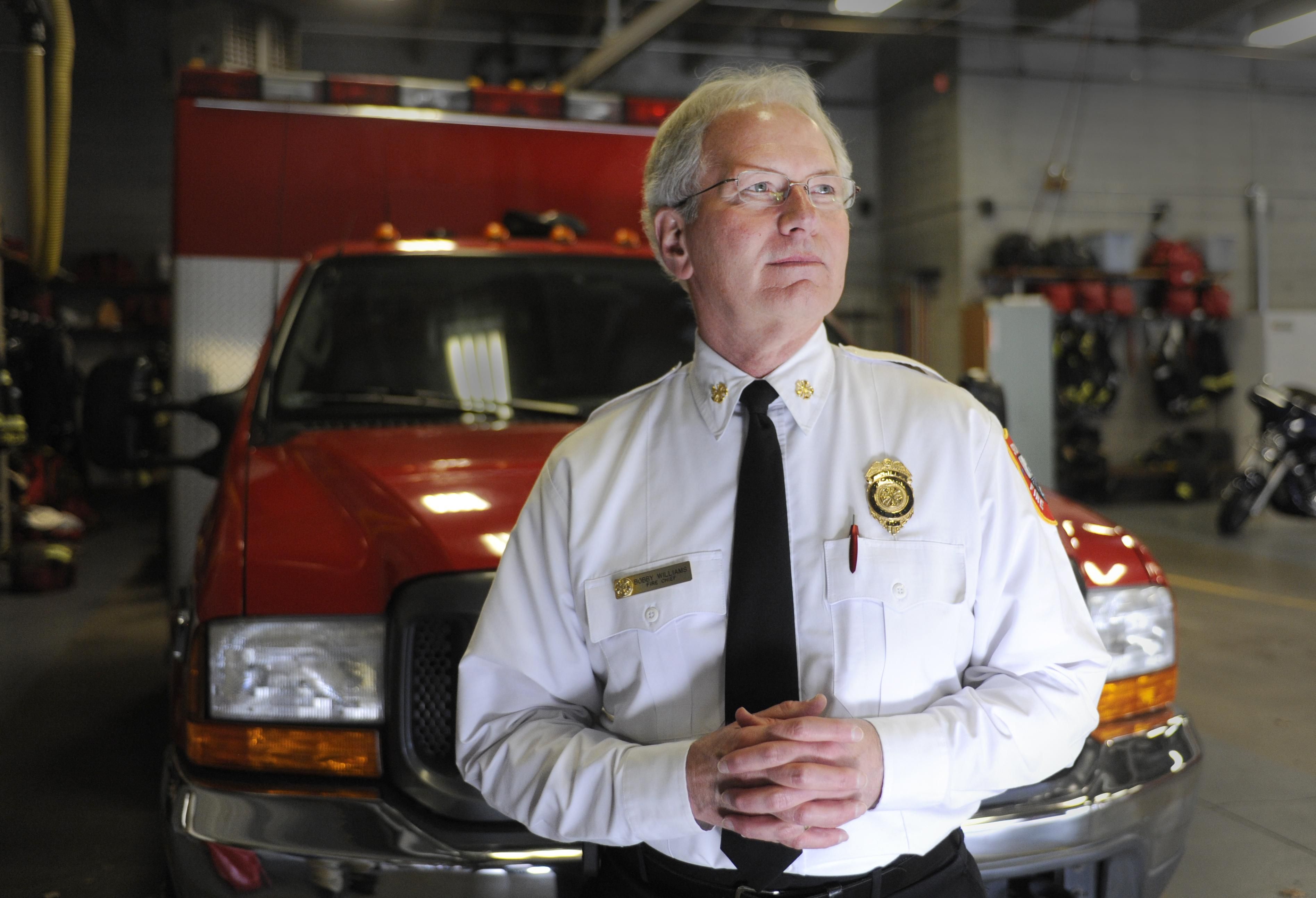 Bobby Williams was the longest-tenured fire chief in Spokane history, and in his tenure tenure the department rebuilt 13 of its 16 fire stations, modernized its communication systems and replaced its aging fleet of engines with dedicated outlays from the annual 1 percent property tax increase allowed under state law. | READ MORE »

Coddington said the email was meant to ensure the command staff was aware they could also participate in that process, not as a statement of preference.

“It’s unfortunate that it may have created a perception,” Coddington said.

Schaeffer said Thursday that he had “no participation in the process” the city’s human resources department used in recruiting a new chief and also said use of the email to indicate he’d somehow influenced recruitment by those opposed to his potential promotion was “disappointing.”

“I’m not in the business of being able to be popular,” Schaeffer said. “I work for the citizens. I have to make difficult decisions.”

Steinolfson’s email also solicited questions from command staff, and included a reminder that “candidates will have endured an incredibly long day and I’m sure some friendly faces in the crowd will be comforting.”

Steinolfson said none of those emailed this week had submitted questions to the candidates.

Schaeffer’s fellow candidates said Thursday they believed vetting had been fair thus far, but another local applicant indicated the email was troubling.

“Decision-makers are going to have a hard decision. I get it,” said Helen Ahrens-Byington, deputy fire chief of operations in the city of Kirkland, Washington. “You have an internal candidate that’s known. I understand that, and I feel like they’re taking a good look at all the candidates.”

Tony Nielson, chief of Spokane Fire District 8 and a Spokane native, said the email was “disappointing and troubling.”

“Quite candidly, up this point, I felt like this was a good process and I was honored to be a part of it,” Nielson said after first reading the email Thursday.

“I always want to think the best of people, and I’m guessing somebody’s heart’s in the right place,” he added. “But, probably not an appropriate use of city resources and influence.”

Charles “Andy” Sannipoli, an assistant chief in Durham, North Carolina, said he would anticipate members of the local community rallying around a candidate within the department, and didn’t believe the email harmed his chances for the job.

“I would expect nothing less,” Sannipoli said. “If they didn’t, I would be more concerned than if they did.”

“I don’t feel like I’m going through the motions,” he said. “People seem actually intrigued and interested in what I have to say.”

Jason Nicholl, the medical division battalion chief for the South Salt Lake Fire Department, said he hopes the hiring process is fair and thinks Condon will make a good decision.

“I believe in the mayor,” he said. “I think he recognizes that there are some problems in the current department. I believe that he sees that.”