Brunch by the numbers

Servers, hosts and back servers: 38

Three generations of women sat around a table covered by a white tablecloth beneath one of The Historic Davenport Hotel’s many chandeliers.

Jana Worthington said she and her mother have been visiting the Davenport for brunch since she was 13, and their Easter Sunday family meal has grown to include friends they see every year for brunch and her own daughter.

She said the brunch is one of the few times her mother, step father, her daughter, her daughter’s father and his now-girlfriend, share a meal together.

“Family traditions are going away for so many reasons,” she said. “Some really matter and that’s why we hold onto this so tightly.”

Worthington said their families’ brunch tradition began in Seattle with special meals with her grandmother, who loved fancy restaurants, and continued when the family moved to Spokane and would have brunch at the Davenport.

“It was the coolest place in town,” she said. 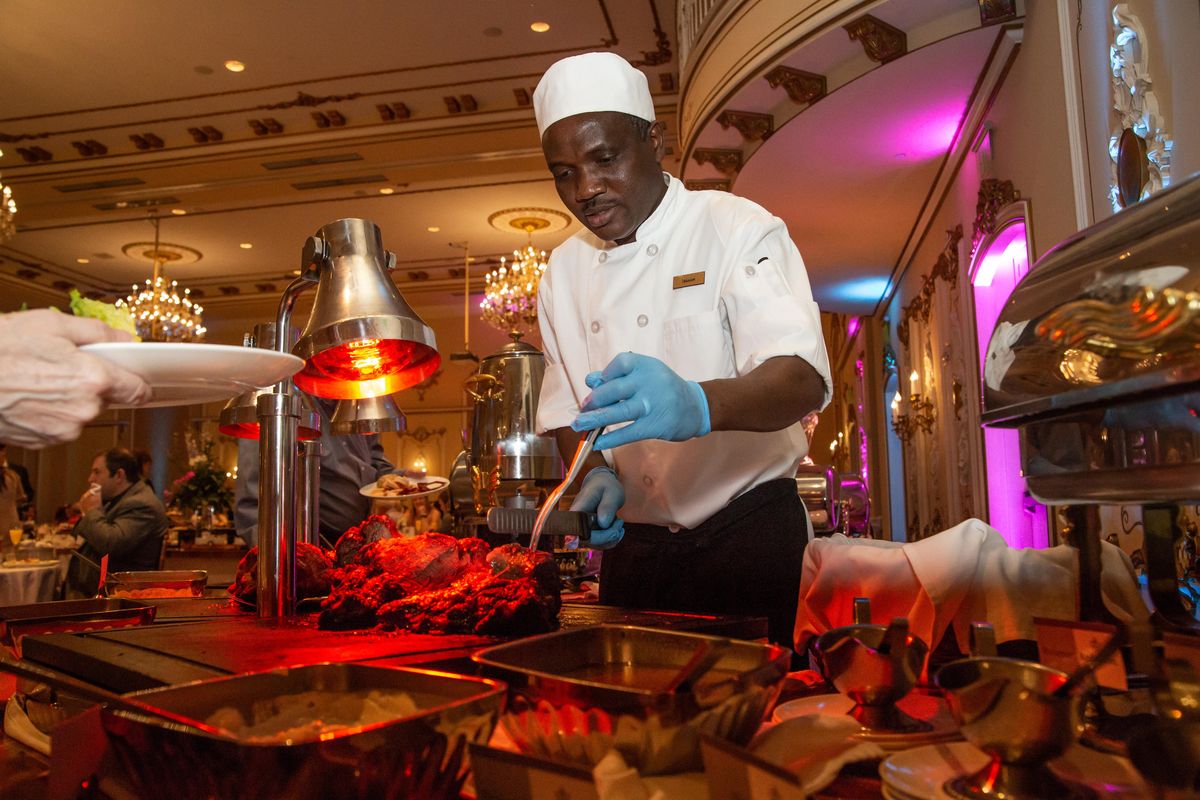 Worthington said she went to the Davenport for brunch before it closed in 1985, and began going to brunch again when the hotel reopened in 2002.

During an average Sunday brunch, Davenport staff serves around 200 guests. During their Easter Sunday brunch, they serve about 1,000. Brunch at the Davenport is usually about $50 a person, but for special events such as Easter, it costs about $70 a person.

Mary Stratton, also known as Mama Mary by the guests who return, has served brunch at the Davenport for 17 years.

Stratton was nicknamed Mama Mary by a well-known Davenport guest, Don Rickles, a comedian known for his roasts of the famous and nonfamous alike with a career that spanned decades who also played Mr. Potato Head in the film “Toy Story.”

She said she remembers many families who would go to brunch with their babies when she first started, and their children are now graduating from high school and picking out colleges. Now, many guests include her in their annual Easter photos.

Tim and Larayne Conley, two Spokane natives who have been attending the Davenport for the last four years, said their grandchildren look forward to the brunch every year, and it’s one of the few occasions everyone dresses up for.

Larayne Conley said her children and grandchildren all live in Spokane, but their annual Easter brunch is one of the few times they all come together.

“It is a little pricey but we think it’s worth it,” she said. “In the end, you get what you pay for and we’re paying for the atmosphere.”