Points were earned the hard way Saturday afternoon at the Kennel.

That was obvious from the stands and even more so down on the floor, where the 18th-ranked Gonzaga women ground out a 78-61 win over Santa Clara.

When it was over, coach Lisa Fortier was greeted by a proclamation from senior forward Zykera Rice: “an ugly win is still a win.”

Fortier wouldn’t go that far, but allowed that, “It wasn’t sexy, just a grind.”

Points in the paint were hard to come by against Santa Clara’s unconventional zone, which took away some of the passing lanes.

The Broncos even took a five-point lead late in the second quarter before GU regrouped to improve to 19-2 overall and 8-1 at the midpoint of the West Coast Conference season.

“I didn’t think we were finishing very well,” Fortier said. “We were playing strong around the basket, but we were trying to finesse too much and we weren’t focusing on our finishing.”

At halftime, GU was being outscored 16-4 in the paint.

When the Zags did manage to connect, so did the Broncos – with a personal foul. The Zags cashed in at the foul line, making a season-high 22 (out of 25 shots).

Few players earned them more than Rice, who was 1 for 8 from the field in the first half. But like the Zags, she rallied to finish with a game-high 18 points and eight boards.

“Right now, we have to be gritty,” said Smith, whose right foot was in a boot for postgame interviews.

But for all the rough stuff underneath, the Zags were lifted by some sublime outside shooting from guard Jill Townsend. 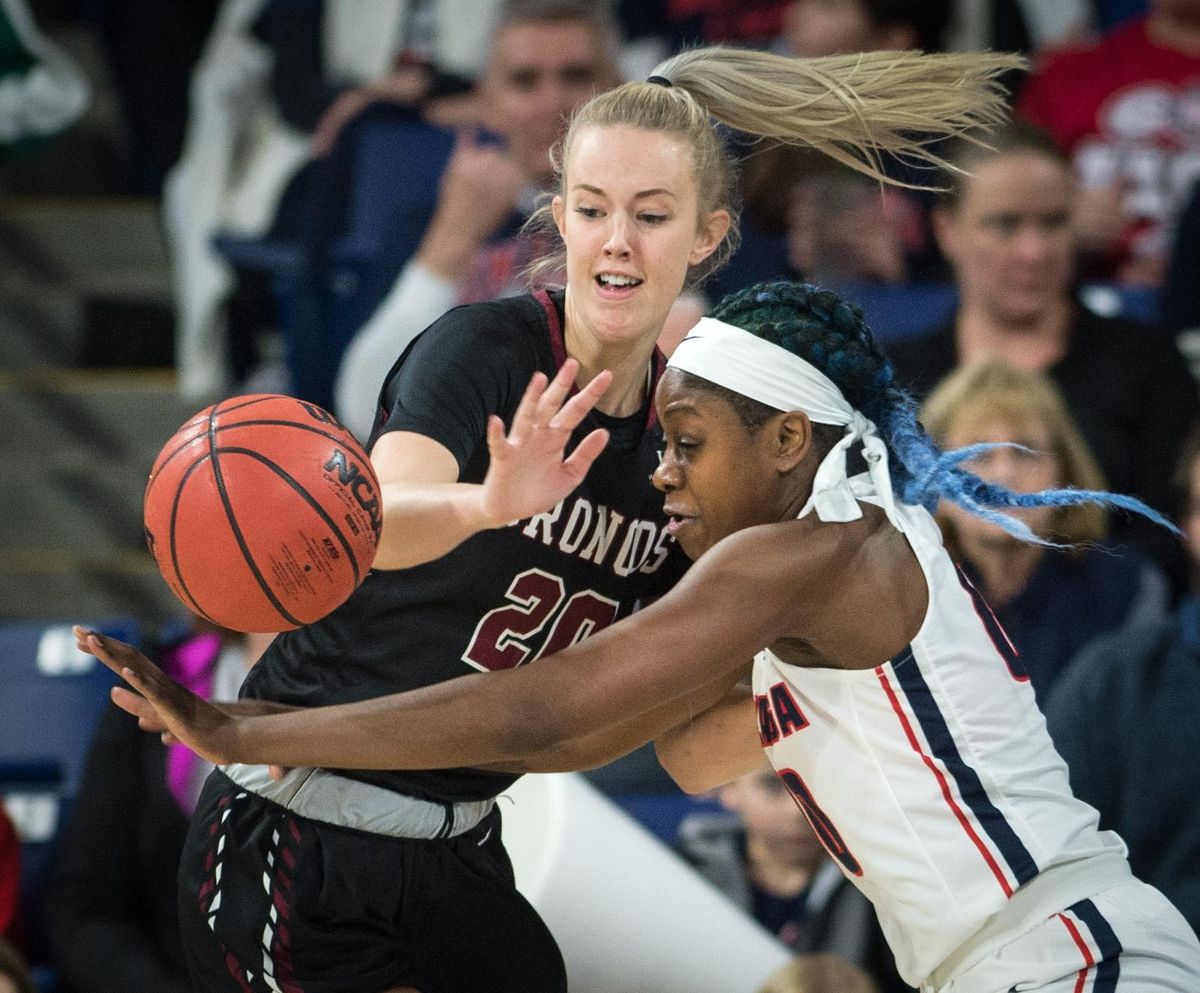 After a five-point lead turned into a five-point deficit with 2:50 left in the second quarter, the sophomore from Okanogan, Washington, hit a trio of 3-pointers.

Smith capped the rally with a pair of free throws, giving the Zags a 36-33 halftime lead.

“We know they like to sit back in that zone,” Townsend said. “I know it shifted some of the momentum our way, so it was good to be able to give the team that kind of a lift.”

Santa Clara (10-10, 3-6) stayed in the game for most of the second half. GU led by just four midway through the third quarter, but made seven straight free throws to take a 58-47 lead into the fourth quarter.

“We had to match their physicality and power our way through,” said Townsend, who finished with 14 points.

Loera saved her best for the fourth quarter. With the game still in doubt with 6 minutes left, she whipped a pass that LeeAnne Wirth took for an easy layup.

Santa Clara’s Charise Holloway responded with a 3-pointer, but Loera found Smith with another nifty pass to make it 67-57.

Gonzaga’s lead stayed in double digits the rest of the way.

Despite the win, GU is still in second place in the WCC behind BYU, which outlasted San Diego 65-56 on the road.

Up next are road games at Pacific and Saint Mary’s, both in the top 60 in the Rating Percentage Index. Gonzaga’s next home game is Feb. 14 against San Diego.