In a game that was expected to produce lots of offense, it was a defensive play that put the nail in the coffin for Washington State. Beekman, the junior college safety who transferred to the Cougars this spring, forced a fumble on a Houston possession midway through the fourth quarter with WSU leading 28-17. Freshman Cosmas Kwete recovered the ball, setting up a 22-yard Blake Mazza field goal that made it 31-17. Beekman also led WSU with 10 tackles.

Washington State is closing the 🚪 pic.twitter.com/tl1h9VURwb

The explosive Houston quarterback was responsible for three total touchdowns in the game and became the first player since Tim Tebow in 2006 to account for a passing and rushing TD in 14 consecutive games. For the game, King completed 13-of-24 passes for 128 yards and one touchdown. The senior quarterback nearly hit the 100-yard mark on the ground, too, rushing 17 times for 94 yards and two touchdowns. 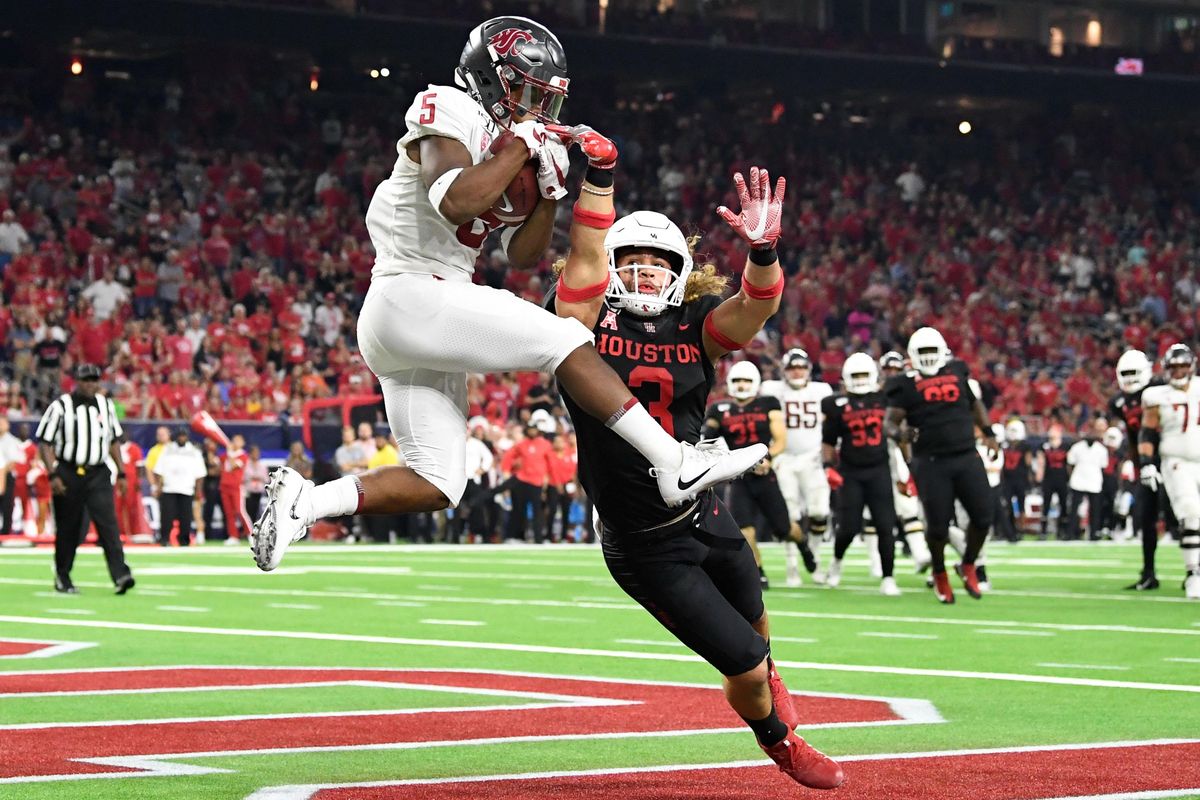 Washington State Cougars wide receiver Travell Harris (5) brings down a touchdown pass against Houston Cougars safety Grant Stuard (3) during the second half of a college football game on Friday, September 13, 2019, at NRG Stadium in Houston, Texas. (Tyler Tjomsland / The Spokesman-Review)