A GRIP ON SPORTS • It’s hard to argue we are living in unprecedented times. A story yesterday from the Associated Press confirmed it. Not that one. The one about the baseball draft.

• Major League Baseball’s season is on hiatus. There is no money coming in. The billionaires that own the teams are hurting a bit. After all, no stimulus check from the government showed up in their checking accounts. Other than, you know, the ones they receive around tax time.

Corners must be cut. Dollars saved. Yachts too. There is only one way to do that. Balance the books on the backs of the minor leagues and prospective players. 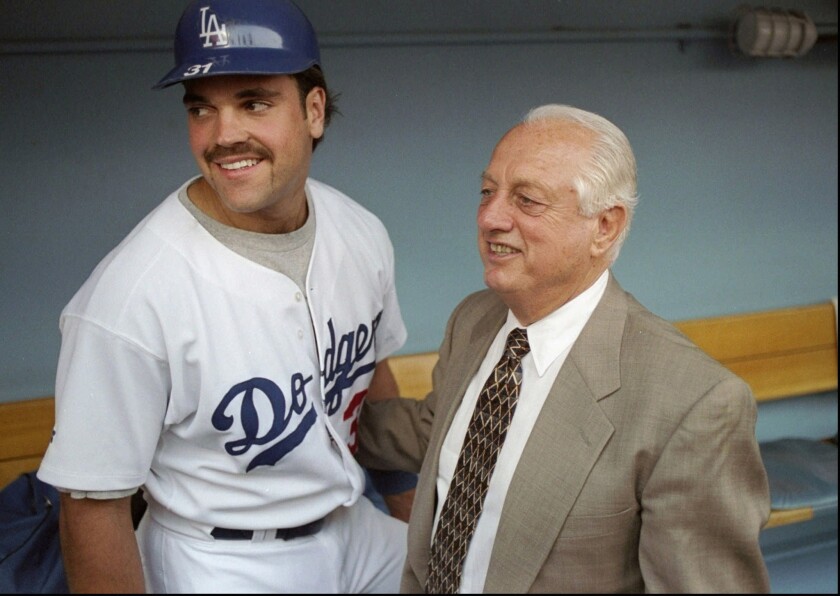 Someone somewhere must have thought in such a way. And came up with the idea of paring back minor league teams – a discussion still in progress – and eliminating all but five rounds of the annual free agent draft – and the bonuses associated with it.

OK, so someone thought this monstrosity of an idea up. We think up at least 10 stupid ideas every day. Thankfully, we have someone in the house who looks at us with a perplexed look in her eye, shakes her head wearily and let’s us know we are barking up the wrong maple tree.

Pity Rob Manfred didn’t hire someone that smart. Or that the owners didn’t have one Mark Cuban on the Zoom call to say, hey, this isn’t the way we want to save a few million.

Minor league baseball is the sports lifeblood to many small-to-medium-sized towns in America. It ties baseball fans – a shrinking species – to the major leagues in many ways. They express those ties by watching games on TV, making road trips, buying memorabilia. Minor league teams build binds to baseball that last.

Might as well pull out scissors and snip the ties. Baseball’s popularity has been falling for decades. Football and basketball have overtaking it in the public eye. Other sports would love a chance to become one of the big three. And those who are charged with keeping the game invested in the public consciousness seem to be thinking of ways to divest their interest.

The funny thing about the baseball draft is this: The person drafted last, even if that is in round 62 or so, may just end up being a Hall of Famer. Can’t say that about the NFL’s draft. Even though the league only has seven rounds, Mr. Irrelevant hasn’t really become Mr. Relevant ever.

Baseball, as a sport, is such a crapshoot, someone who slips through the cracks may just end up with a bust in Cooperstown. There are many examples, but my favorite is Mike Piazza, a 62nd-round pick in 1988 – when baseball still had 62 rounds. The 1,390th player taken. And ended up with a 15-year, Hall-of-Fame career. He’s not alone. For every first-round standout in the Hall, like Ken Griffey Jr., there is a Trevor Hoffman (an 11th-round pick). For every Barry Larkin, there is an Andre Dawson (another 11th-round pick). For every Greg Maddux, there is a Bruce Sutter (21st-round pick) or Rich Gossage (ninth round).

The equivalent of those late-round picks will not be part of the draft this year. It will be long over. The path to baseball success just got harder. And the quality of the game takes another hit.

All for a few dollars that, ultimately, won’t be enough down the road to keep baseball from fading away. It’s sad really. Those charged with keeping the game some of us love in fine tune continually make decisions that rob it of horsepower. All in the pursuit of saving a few bucks here and there.

WSU: Maybe college baseball programs like Washington State will benefit from baseball’s silly plan. The Cougars are putting themselves in a position to do just that as the improvements to their complex takes shape. … Elsewhere in the Pac-12, there are so many unknowns about the football season right now. How the run-up will play out is like a soap opera. … UCLA is nearing the selection of a new athletic director. One of the school’s assistants isn’t a finalist. … Oregon’s offensive line looks to be reloading well. … In basketball news, an Oregon State guard is transferring. … Arizona State coach Bobby Hurley thinks his two stars will return. … Arizona coach Sean Miller wants fans to give him a pass for last season.

Gonzaga: Around the WCC, a BYU player dealt with a broken wrist down the stretch. … USD has lost an assistant coach and added a couple players.

EWU and Idaho: Around the Big Sky, the conference will discuss its next steps in the coming week. … Portland State’s athletic director talked with the media recently. … So did Idaho State’s. The Bengal coaches are taking furloughs as the department deals with a budget shortfall. … Montana’s basketball program has reloaded the roster. … In football news, Montana State is still recruiting despite the pandemic. … UC Davis has added a New Zealand punter.

Seahawks: The Hawks gave Bruce Irvin pretty good money. Their remaining cap space isn’t as high as many thought. … D.K. Metcalf and Gardner Minshew were among those who spoke with NFL rookies about what to expect in the next few months. … The Hawks are favored, as of now, in 11 of their 16 games. An 11-5 record would be fine, right?

Mariners: If you are staying up to watch Korean baseball, good for you. You may be seeing a sneak preview of what our baseball will look like in a few months.

• I know I’ve told this story before but for many years I thought I had been selected in baseball’s draft. It’s a convoluted tale of a promise to my dad, baseball’s draft being unlimited at the time and MLB keeping the selections under wraps from everyone for weeks back then. Long story short enough to fit here, my illusion wasn’t shattered until years later when I did some digging and found out my name wasn’t submitted. I didn’t tell my dad until the person who had assured him I had been taken had died. No use inciting a blood feud. Until later …