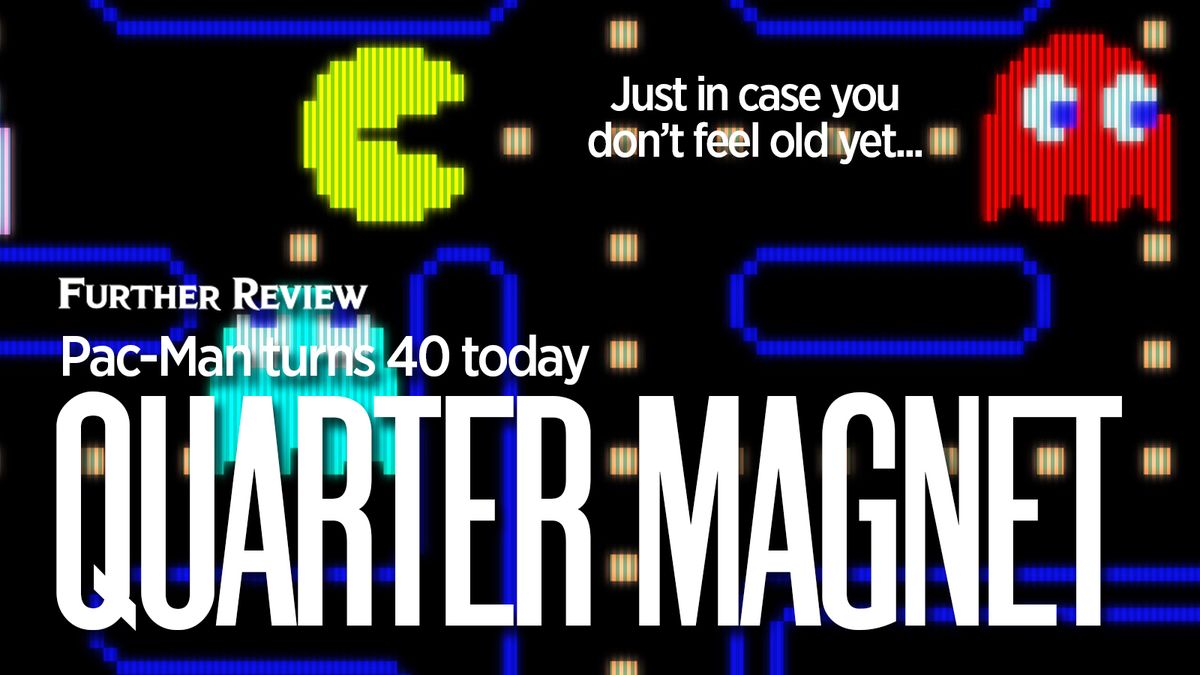 Forty years ago today, the video game Pac-Man was released in arcades in Japan. It would come to the U.S. later that year and when it did, it would inspire a generation of gamers. 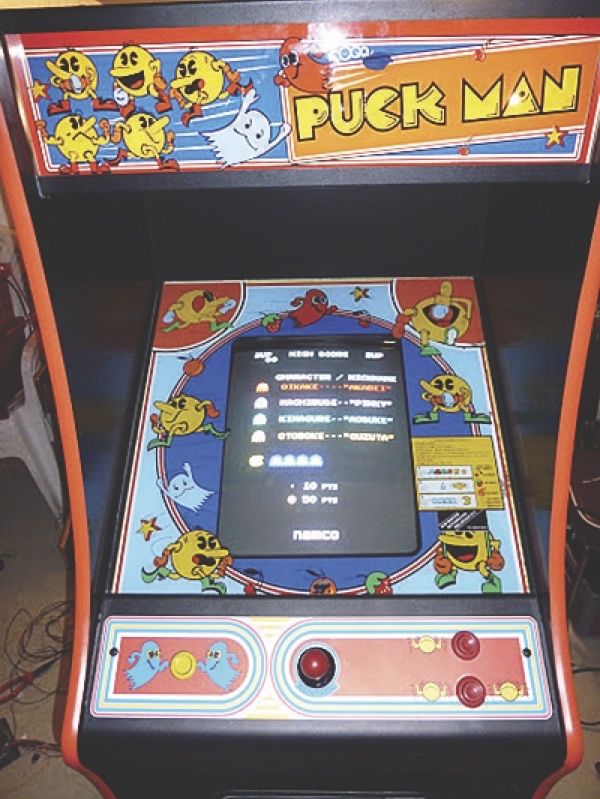 The first thing to know about Pac-Man: When it was first released in Japan, it wasn’t called Pac-Man. There, the Namco company called it Puck Man, because the round shape of the star character reminded the game’s creators of a hockey puck.

It was decided to change the name for release in other countries because of how easy it would be for kids with markers to deface the machines by changing the “P” to ... well, you know to what. 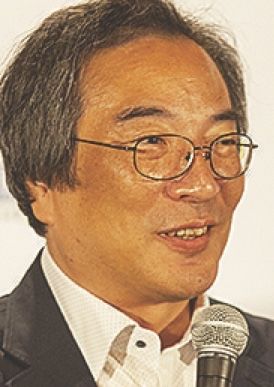 Game designer Toru Iwatani wanted to make a game that didn’t involve shooting or sports so it would appeal to girls as well as to boys. And he wanted something with cute characters and bright colors so kids would be attracted to the game.

Iwatani’s team took care to embed certain idiosyncrasies into the game. For example, each of the four ghosts has a distinct personality: Blinky, the red ghost, chases Pac-Man directly while Pinky and Inky – the pink and blue ghosts – try to work their way in front of Pac-Man. Clyde, the orange ghost, is easy to turn tail and run when Pac-Man gets too close. 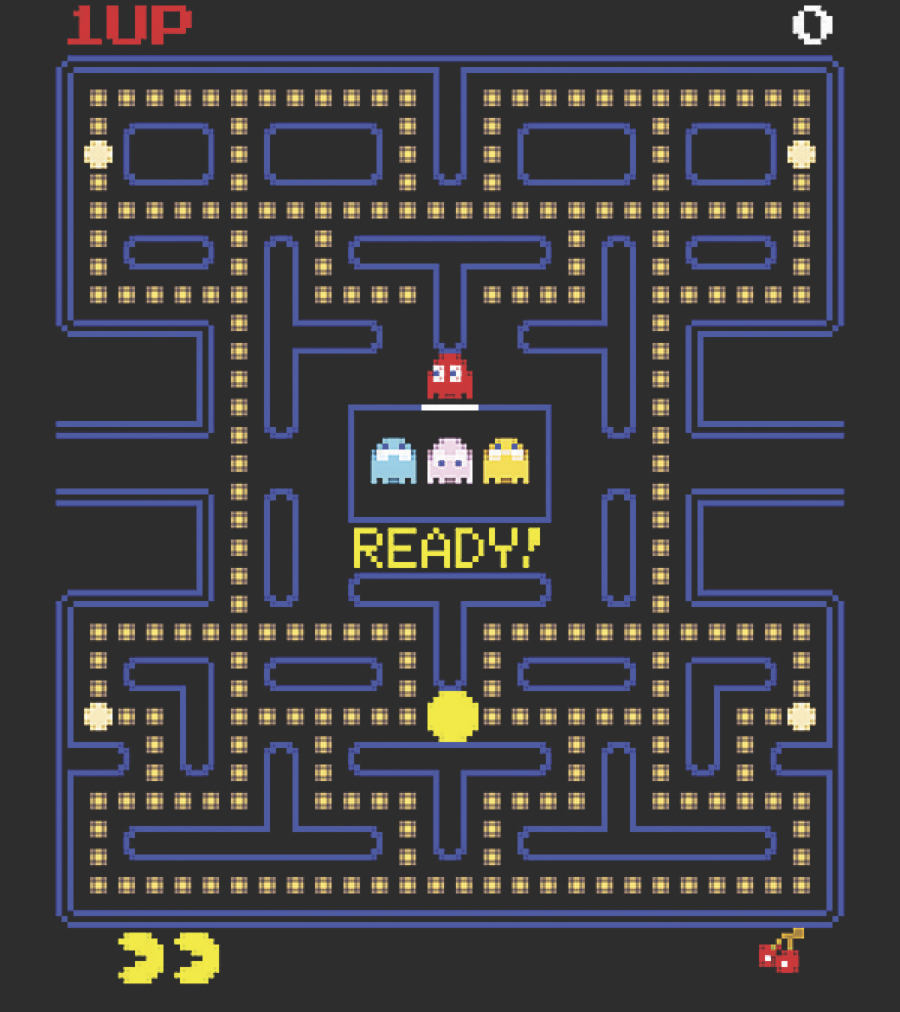 Once gamers figured out there were patterns to be learned that would allow them to run up high scores – a huge source of pride among the gaming crowd – they began dropping more and more quarters into the machines – Pac-Man reportedly sold 100,000 arcade units and made $1 billion in its first year of release.

Before long, a popular game had become an enormous pop culture phenomenon. For a couple of years in the early 1980s, Pac-Man was one of the hottest licensed properties around. 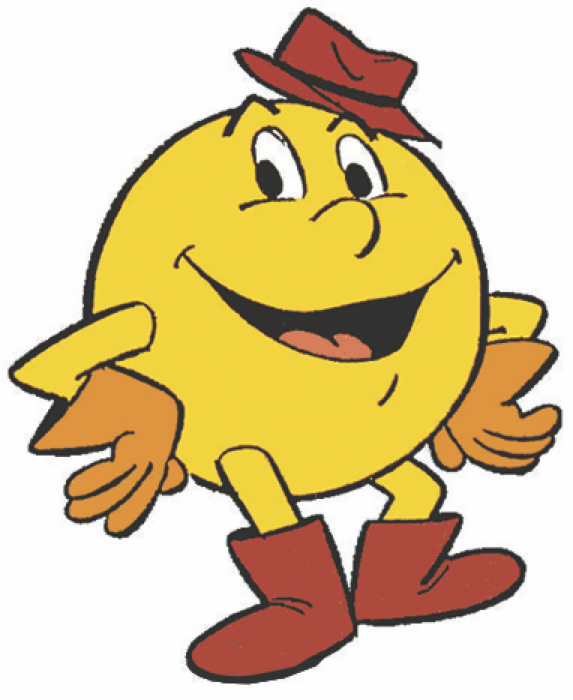 The music duo of Buckner & Garcia released a single, “Pac-Man Fever” that hit No. 9 on the Billboard Hot 100 chart. A Saturday morning animated series debuted on ABC in 1982, which aired for two seasons. (For its second season, “Pac-Man” was teamed up with “Rubik, the Amazing Cube,” which suggests something about the quality of programming we’re talking about here.)

And in 1982, even Namco would capitalize on the craze by creating a sequel arcade game, “Ms. Pac-Man,” which also became a huge hit. 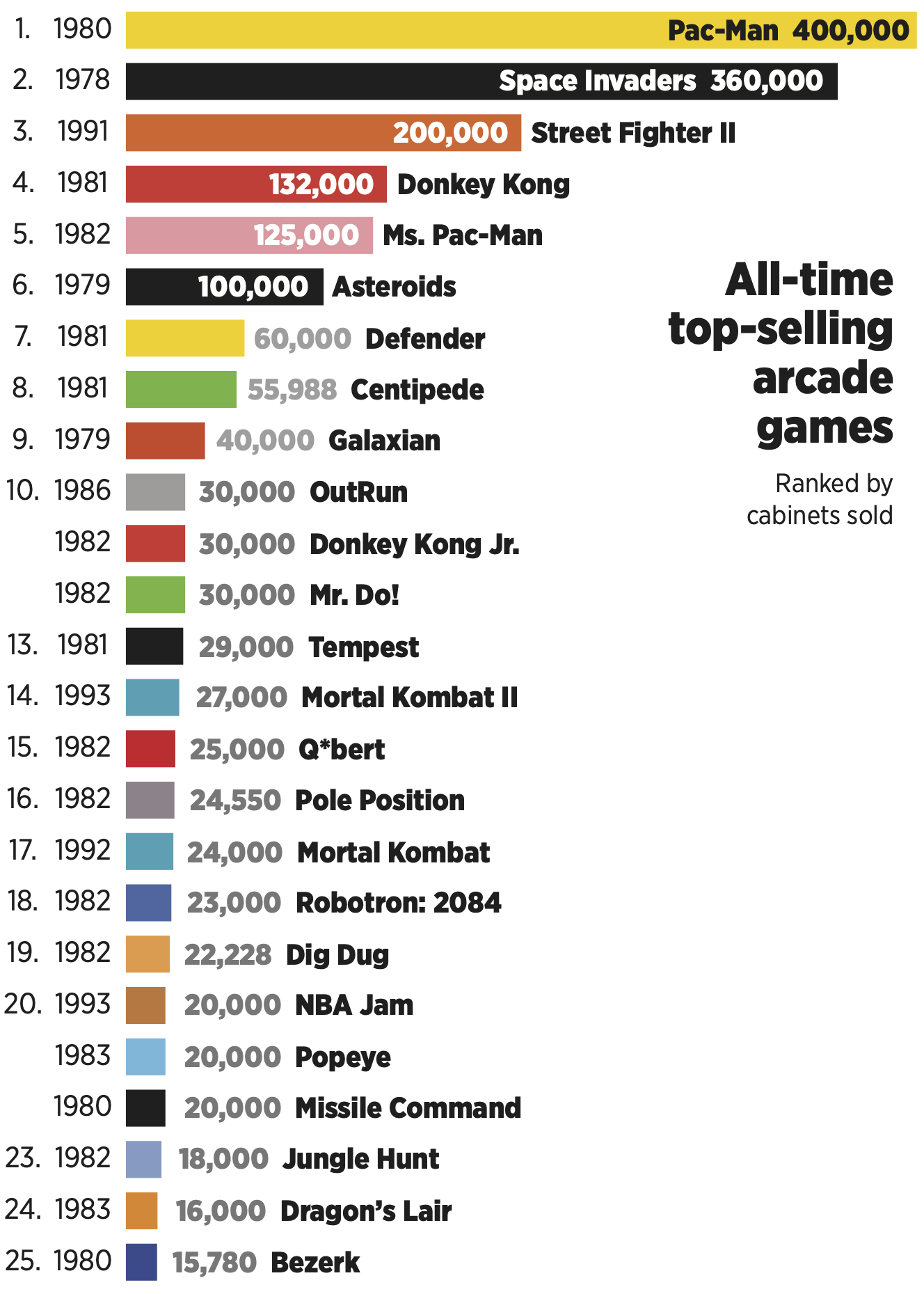 QUIZ TIME: Fifteen of the top 25 games are shown here. Can you name them without peeking at the answers below? 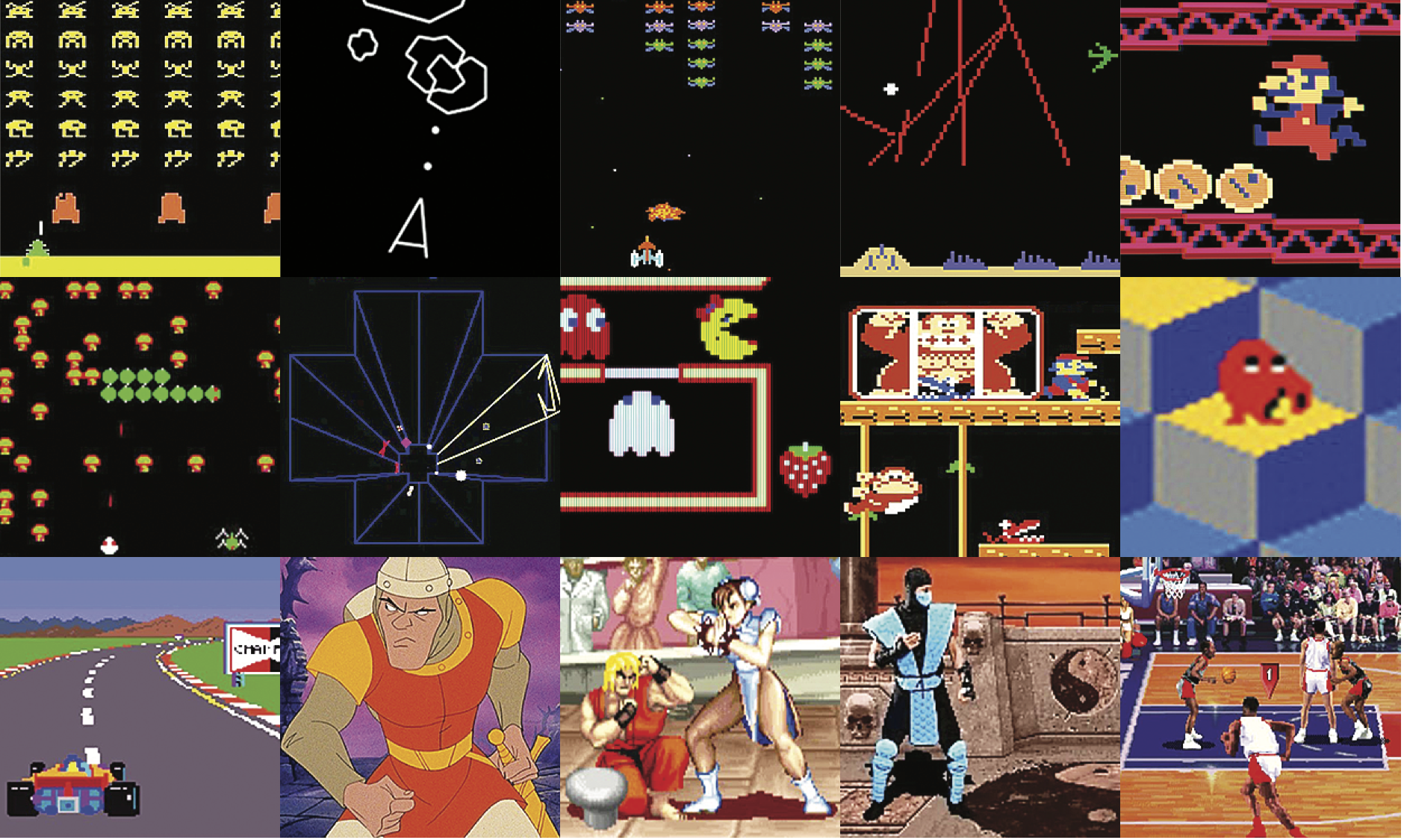