A GRIP ON SPORTS • Is it Wednesday again already? The bad thing is, we seemed to have lost a couple days somehow. The good thing is, we are that much closer to the weekend and its NFL games. Well, everywhere but Tennessee.

• Pardon me. I misspoke. It seems the National Football League is determined to have a game this weekend between the undefeated Pittsburgh Steelers and the undefeated Tennessee Titans. Except, of course, all the Titans suffering from COVID-19 (three players and five staffers as of last night, with another player added this morning for good measure). And, maybe, all the players who were close to the folks who came down with the disease.

This is the NFL after all. No little virus is going to stop this Snowpiercer of a train. Damn the avalanche, let’s keep moving. Heck, even if the Titans have enough players, as of now they won’t practice in person until at least Saturday. Talk about distance learning.

Hey, if third graders on the South Hill can do it, why not pro football players?

The NFL has contingency plans, of course. If the Titans are hamstrung by the restrictions, the league may move the game to Monday night. Anything later than that, though, will bleed into both teams’ preparation for the week after and that’s really not fair for the Steelers, who are innocent bystanders here.

Somehow the league will make it work. There won’t be a hole in the schedule. Until, maybe, the next outbreak hits.

By the way, the Vikings, Tennessee’s opponent last Sunday, were tested. No one came up positive. That’s a good thing, especially for the Houston Texans. They are next on Minnesota’s schedule. And they don’t want miss that game. After all, the Vikings are 0-3. 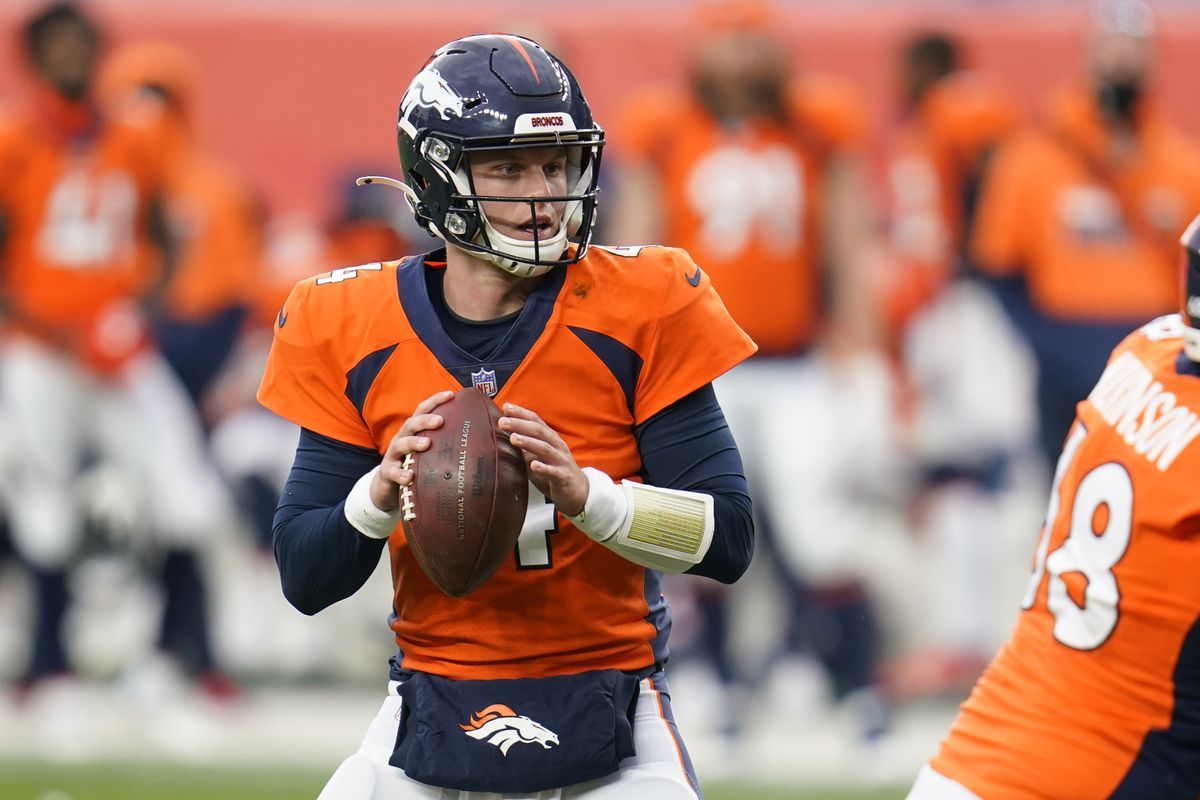 • What a week for athletes with a Spokane connection. Over on one station there is Tyler Johnson, hoisting the Stanley Cup. On another this Sunday, you’ll be able to see Shadle Park High’s Brett Rypien starting at quarterback for the Denver Broncos. Meanwhile, Gonzaga’s Kelly Olynyk will be playing for an NBA title with the Miami Heat.

Such things don’t happen every day. Or week. Of course, we have links below to staff-written stories about those folks.

• My son came up with an interesting question yesterday as we were discussing the Minnesota Twins’ 17th consecutive postseason defeat. (And, yes, that’s the longest in the history of the four major North American sports.)

Forget politics, this is the true definition of picking between the lesser of two evils.

After long and serious thought – I couldn’t fall asleep last night – I have decided. You know how people love to say in the postseason “anything can happen?” At least with the M’s, you rarely get your hopes up. Twins fans, year after year, must think “this is our year.” That sort of disappointment has to wear on you.

• Finally, former major league player Jay Johnstone died this week at age 74, one of more than 200,000 American deaths connected to COVID-19. He wasn’t a star or anything, but there was a connection. His dad was our milkman for a while.

When I was really young and would ride along in the wee hours of the morning with my dad for his job as a Los Angeles Times’ distributor, he would occasionally stop Jay’s dad and buy a quart of chocolate milk as a treat. They would talk baseball as dad and I split the milk, drinking from the container. It made me feel grown up.

I tried that once in front of my mother. I never tried a second time.

WSU: Around the Pac-12 and college sports, Jon Wilner is again pushing 9 a.m. starts to games. If the conference is going to do it, this would be the year. But then the door is open, don’t you think? … Money is the root of all evil – and the root of the Pac-12’s football decisions. … Can a conference team make the playoffs? It won’t be easy. … Washington coach Jimmy Lake spoke with the media yesterday. … With the attendance limits, don’t expect family members in the stands at first. … Oregon has talent at running back. … Arizona has lost another starter to the transfer portal. This one plays on the offensive side of the ball.

Gonzaga: Olynyk’s appearance in the finals is the subject of this Jim Meehan story. … My son received a birthday greeting from my sister earlier this month. She and her daughter bought him a Cameo recording from a Sounders player. It was really cool and a total surprise. If you’re interested in something of that sort with a Zag twist, you now can have Mark Few make a recording. Amy Edelen has more in this piece.

Preps: Rypien’s start this weekend is somewhat unexpected, considering he was on the practice squad a week ago. Theo Lawson delves into the circumstances that have moved him into Denver’s starting lineup. 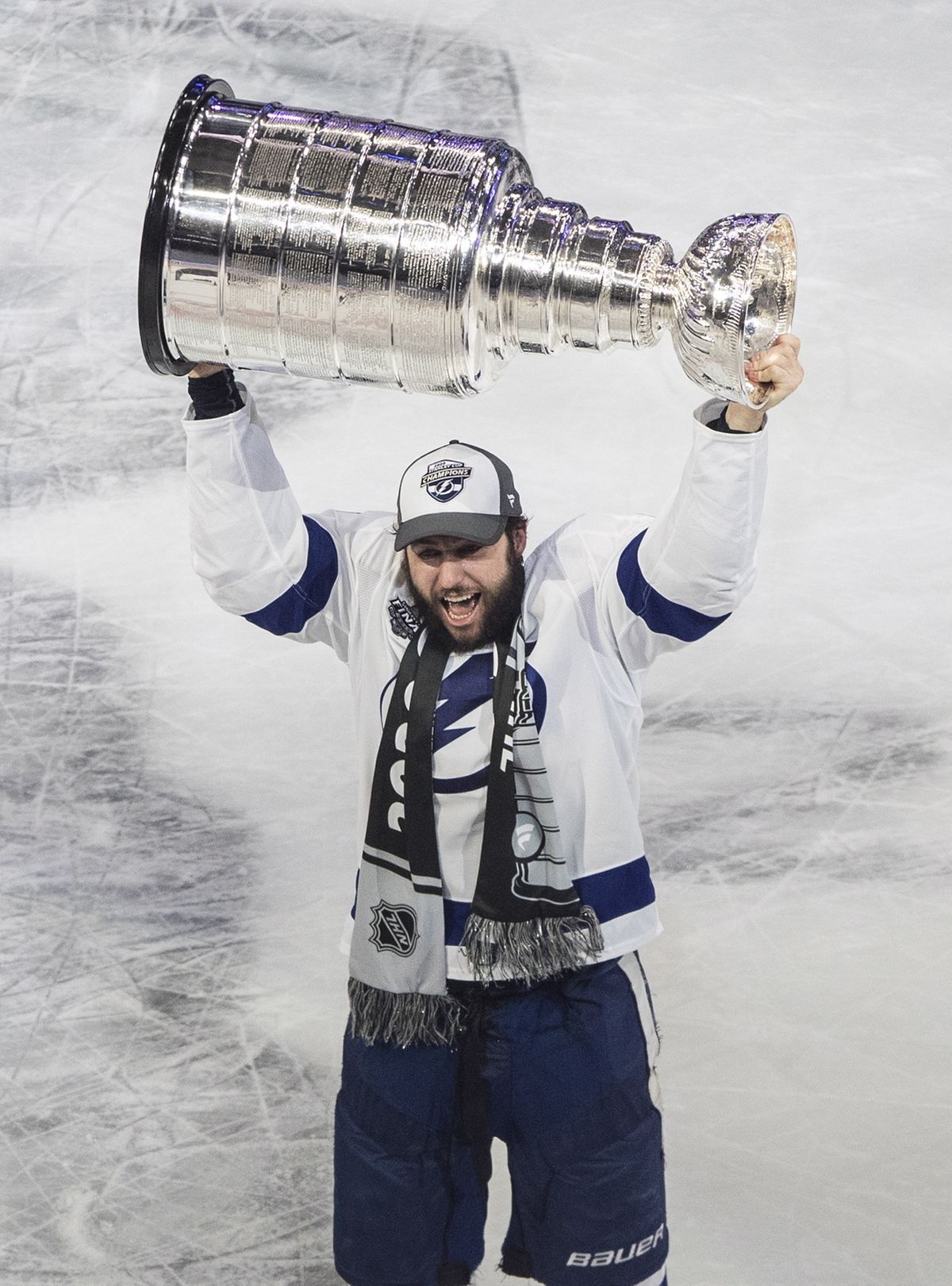 Chiefs: Johnson’s accomplishment with the Lightning isn’t the first time a Spokane athlete has reached the pinnacle of his or her sport. Dave Nichols takes a look into others who have joined Johnson on the top of the ladder – sometimes literally. … Larry Weir’s latest Press Box podcast includes a conversation about such things with KHQ’s Sam Adams.

Seahawks: The Hawks’ trip to Miami is the longest in the NFL. It will be interesting to see how that impacts Seattle’s performance. … Shaquem Griffin is still on the roster as the Hawks keep him from leaving. … Jermaine Kearse has retired.

Mariners: Next year is supposed to be the year for the M’s. The year they make the postseason. … Seattle announced its fall instructional league roster yesterday.

Storm: Seattle will face off with the Las Vegas Aces for the WNBA title. The Storm will do it without one of their reserves.

• So who do you have in the NBA Finals, which begin tonight? Are you rooting for LeBron James and the Lakers, back in the championship series for the first time in a decade? Or are you pulling for Olynyk and the scrappy Miami Heat, back in the Finals for the first since LeBron went home to Cleveland? As a Laker fan in my youth, my choice is simple. Did you know the Lakers have lost the title series 15 times? It’s hard for a young child’s heart to take that much disappointment. Maybe this time they’ll win and tie Boston for the most NBA titles (17). Until later …