In this new series, we celebrate special interest groups. Whether you get together to play tennis, board games, take long walks, eat lunch, create art, connect with your neighbors or gather with friends, nothing is too small to celebrate. Please share your story with us by emailing Cindy Hval at dchval@juno.com or call Katharine Kumangai at (509) 459-5389.

For 40 years and counting, the clatter and click of mahjong tiles has accompanied the conversation of a group of women who started playing the game when they were at-home mothers with young children.

Now, most of the women are grandmothers or even great-grandmothers, but their love of mahjong and their connection to each other remains unchanged.

“We all lived in south Spokane and knew each other because of various community activities,” recalled Bobbie McGann. “An older gal wanted to teach us mahjong.”

And the Mahjong Mavens was born.

Every Wednesday morning, eight women would meet and play for hours. 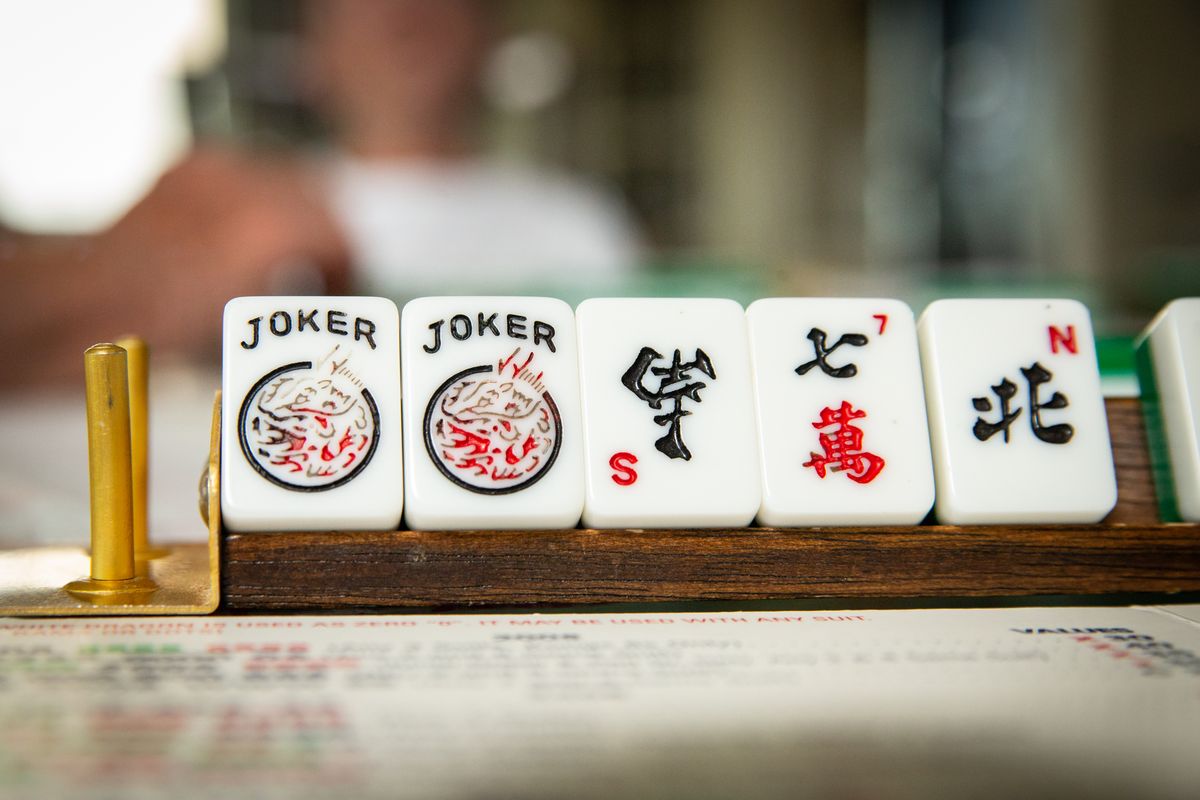 Mahjong tiles are seen in the home of Bobbie McGann, who is part of the Mahjong Mavens, a group of women which has met to play the Chinese tile-based strategy game every week for nearly 40 years. The group has changed over time, and the members no longer play mahjong while their children are in school like they did in their heyday, but they are still well-versed in the intricacies of the game. (Libby Kamrowski/ THE SPOKESMAN-REVIEW)

The hostess usually served lunch to the group.

“We played with two tables of four, and we couldn’t wait to get our kids out the door and off to school!” McGann said.

Those kids are all grown and gone, and the Wednesday games are no more.

“We’re all over 80 now, so we don’t play every week anymore,” said McGann. “Instead, every May we gather for a mahjong binge and sleepover.”

They usually meet at someone’s lake house and a boat cruise is always on the books, as well as lunch, dinner and lots of mahjong.

“We stay up late and talk about life,” Sandberg said.

The rummy-like game is played with a set of 144 tiles based on Chinese characters and symbols, rather than cards. It originated in China but its exact origins are shrouded in myth.

To add excitement, the Mavens play for quarters.

“It takes weeks of repetition to learn the game,” McGann said, bringing out her black and gold velvet bag filled with quarters. “You can’t learn it at one sitting.”

“I should have brought my bank bag, but I can’t carry it anymore – it’s too heavy.”

Evidently, you can amass a lot of quarters over 40 years.

“It takes about 20 minutes to play a game,” McGann said.

“Some people take longer because they think,” she said, prompting laughter among the friends.

“We raised 20 kids between the eight of us,” said McGann.

“It takes a mahjong group to raise a family,” she said.

Much has changed for the women over time, prompting new topics of discussion.

“The subject of the conversation changed over the years as we went through our ages and phases,” McGann said. “We’ve been a support group and a sounding board for each other.”

“The best part is being with friends,” she said.

In addition to warding off loneliness, McGann said mahjong keeps her memory and her mind sharp.

Though the weekly games are a thing of the past, when asked how long they plan to continue their annual slumber party-mahjong binge, the consensus was clear.