When I was hired by The Spokesman-Review in 1977, fishing and hunting dominated newspaper outdoor writers’ coverage nationwide. But the Pacific Northwest summoned the outdoors beat to an even higher level.

Mount Rainier and the region’s other mesmerizing peaks had inspired an elite climbing culture. Whittaker was a household name. Seattle had REI and Spokane had a little mountain shop called Selkirk Bergsport. First ascents were still being claimed and professional guides were not yet hauling rich clients up Mount Everest.

I joined the Spokane Mountaineers and enrolled in the club’s venerable Mountain School, where I found a treasure trove of material for stories on safely exploring the mountains – and about people who excelled at it. 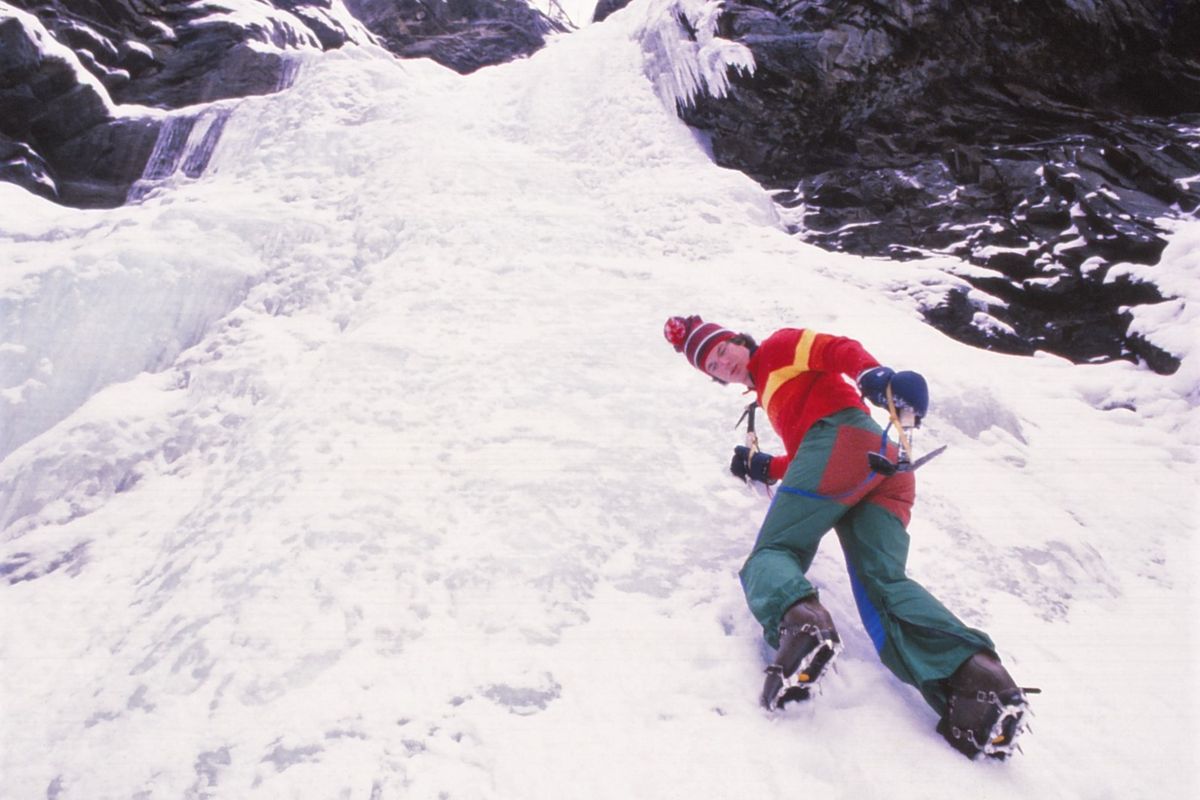 At the top of the heap were John Roskelley and Chris Kopczynski. Introduced to the Mountain School as teenagers in the mid-1960s, they had already garnered fame by surviving the 1974 International Pamirs Expedition in the USSR (15 other climbers perished).

On the way home, they detoured to the Alps and became the first American team to climb the North Face of the Eiger.

Roskelley was launching a professional climbing career with an ambitious and harrowing string of Himalayan ascents, including K2, the world’s second-highest peak, all without aid of bottled oxygen.

Expeditions didn’t yet have satellite phones or internet connections. I recall interviewing Joyce Roskelley in her living room during one of John’s many extended absences to climb a major peak. The schoolteacher opened her heart to tell how she wrestled with being the family anchor and wife of a world-class climber.

“The risks are high for both of us,” she said. “But there’s no glory in sitting at home in the dark for six weeks.”

I joined other emerging Spokane climbers in their outdoor pursuits and found them eager to share their expertise. Dane Burns led me to Copper Falls for stories on ice climbing. I tagged along with Dr. Jim States and Kim Momb on frigid winter camping trips for strategies on enduring harsh elements. I remember States puckering through his frozen beard as he demonstrated pursed-lips breathing to counter shortness of breath during exertion at high altitudes.

Momb amazed me with his athleticism, enthusiasm and backcountry skiingprowess.

Roskelley, Kopczynski, States and Momb embarked on a dizzying string of lofty achievements in the early 1980s. In a shoe-string team effort – they sold T-shirts as a fundraiser – they climbed the world’s fifth-highest peak in 80 days, alpine style with no Sherpa support. Two decades later, the 1980 Spokane-to-Makalu Expedition was recognized by the American Alpine Club as one of the world’s 10 most significant climbs of the 20th century.

In 1983, as he was training for a shot at becoming the first American to summit Everest twice, Kop invited me to join him in Alaska for a two-man climb of 20,310-foot Denali (then called Mount McKinley). I wrote a series of stories after the 20-day adventure detailing the rigors of high-altitude mountaineering. The reports included first-person insight into the perils of pulmonary edema and storms that could generate hurricane-force wind or dump 4 feet of snow overnight.

I also got an intimate look at Kopcyznski in his realm. He was a major league mountaineer hardwired to survive and thrive in rarefied air. Climbing wasn’t his recreation. It was his obsession.

Incidentally, as we returned to Spokane, we ran into States boarding the Alaska Airlines flight in Seattle. “I just climbed Everest,” he beamed, admitting that he hadn’t told many people in advance of his attempt. Yet another climbing story was hatched.

Kopczynski and Momb departed later in 1983 on a challenging expedition to scale the unclimbed Kangshung (East) Face of Everest. Just four years earlier, I photographed Momb honing his ice climbing skills at Mystic Falls in Indian Canyon City Park. Circumstances forced Kop to turn back short of the Everest summit, but Momb completed the first ascent – the equivalent of winning Olympic gold. The route has never been repeated.

I flew to San Francisco to meet the expedition’s return to the United States so I could get details and publish a story in The Spokesman-Review the next day when Momb and Kop would land in Spokane.

The climbers celebrated these early-1980s expeditions on Makalu and Everest with the community by presenting three different slide shows over three years that filled the Spokane Opera House.

One of my favorite climbing stories, “Peak of Desire” (June 8, 2003) highlighted Roskelley’s step up to the top of the world with his 20-year-old son, Jess, who briefly was the youngest person to scale Everest.

Tragedy lurks around the climbing beat, and I also had the grim duty to report the deaths of Spokane climbers. Gary Silver died in 1988 on an attempt to climb Gasherbrum II and Momb died in a 1986 avalanche while guiding helicopter skiers in Canada. I joined Roskelley, Kop and States among pallbearers at his funeral.

My career chronicled the transition as climbers began seeking stature not so much in first ascents but in making the fastest ascents or concocting endurance marathons to bag multiple peaks in the shortest time.

Looking back, I take pride to be a writer who recognized Spokane’s elite climbers as world-class athletes. Roskelley and Kopczynski in particular saw the planet from the top down yet remain devoted to their hometown where they are model citizens and strong supporters of environmental causes that benefit the region.