Ayayi enjoyed another productive night, despite battling foul trouble. The junior guard scored 14 of his 19 points in the opening half when the Zags were having trouble finding their offensive rhythm. He made 5 of 7 shots, 2 of 3 from distance, and 7 of 10 free throws. He added six rebounds, four steals and two assists.

Kispert struck from deep for six of his seven field goals. The senior wing made 6 of 11 3-pointers and all three of his free throws en route to a game-high 23 points. He matched his season high with eight rebounds.

Again, Suggs’ ability to get to the rim draws 4 defenders to him, opening up the perimeter for Kispert to knock down a wide open 3. pic.twitter.com/TMetBKrqn7

Pepperdine trimmed Gonzaga’s lead to 50-44 early in the second half, but the Zags put together a decisive 22-6 burst to build a 22-point lead. Drew Timme had some issues finishing in the first half, but he broke loose during the stretch with 10 of his 20 points, including a pair of three-point plays. 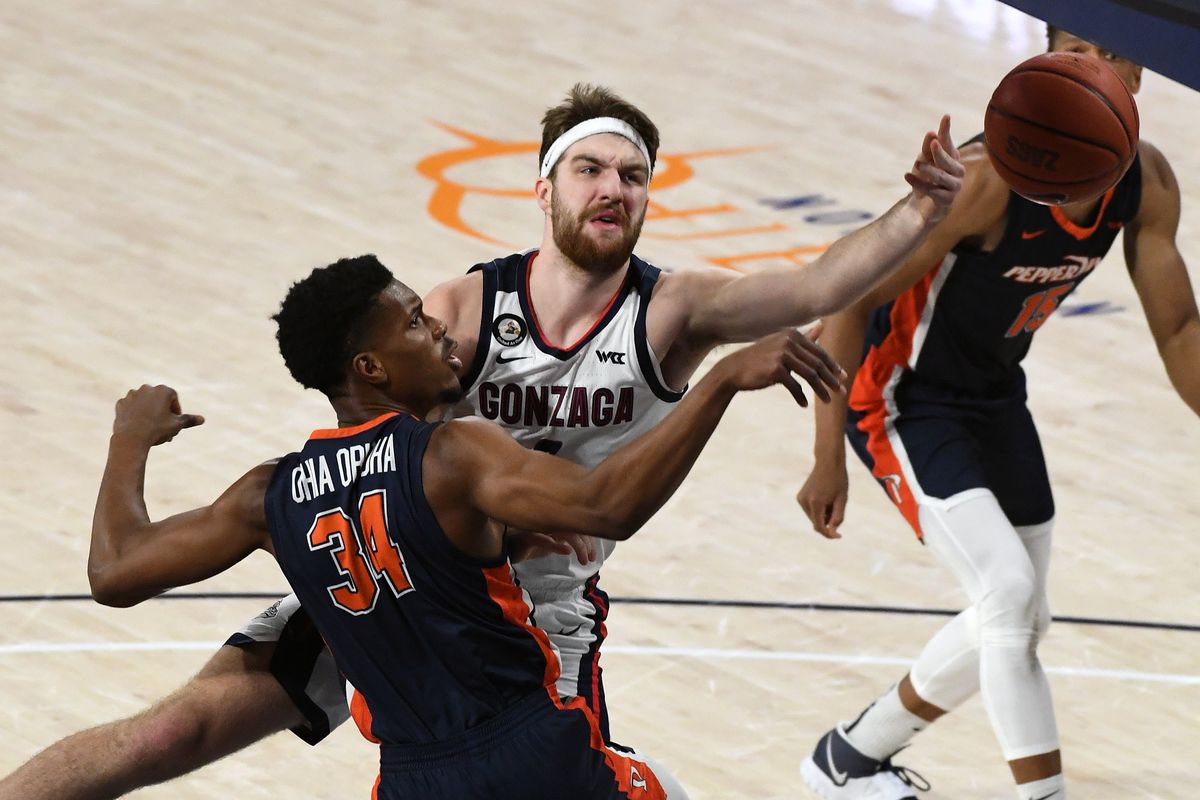