Ned Bowen, 67, fell in love with radio at age 8 when his mother gave him her old Victrola AM radio/record player.

“I grew up in the New York City area and there were so many great AM stations,” he said. “Then one day I realized I could call the stations and chat with the DJs! My musical education has truly been my lifetime of radio listening. By calling into the radio station during any particular show and talking directly to the DJ/programmer responsible for producing it, I’ve been able to speak with the ‘professor’ and learn directly from the masters themselves.”

For 19 years, Bowen has given listeners the benefit of his musical knowledge every Thursday evening from 8 p.m. to 10 p.m. on KYRS Thin Air Community Radio with his show “The Vinyl Hour.”

He’s been with the nonprofit since its inception and has watched it grow from a tiny 100-watt enterprise to a robust 6,800-watt station. More change is in the air as KYRS plans to move from the Community Building in downtown Spokane to the newly remodeled Central Library.

Meanwhile, each week Bowen lugs approximately 45 pounds of music from his personal library up the stairs to the station’s third-floor home.

“I always bring enough music for at least six shows,” he said, laughing. “Nothing is pre-programmed.” 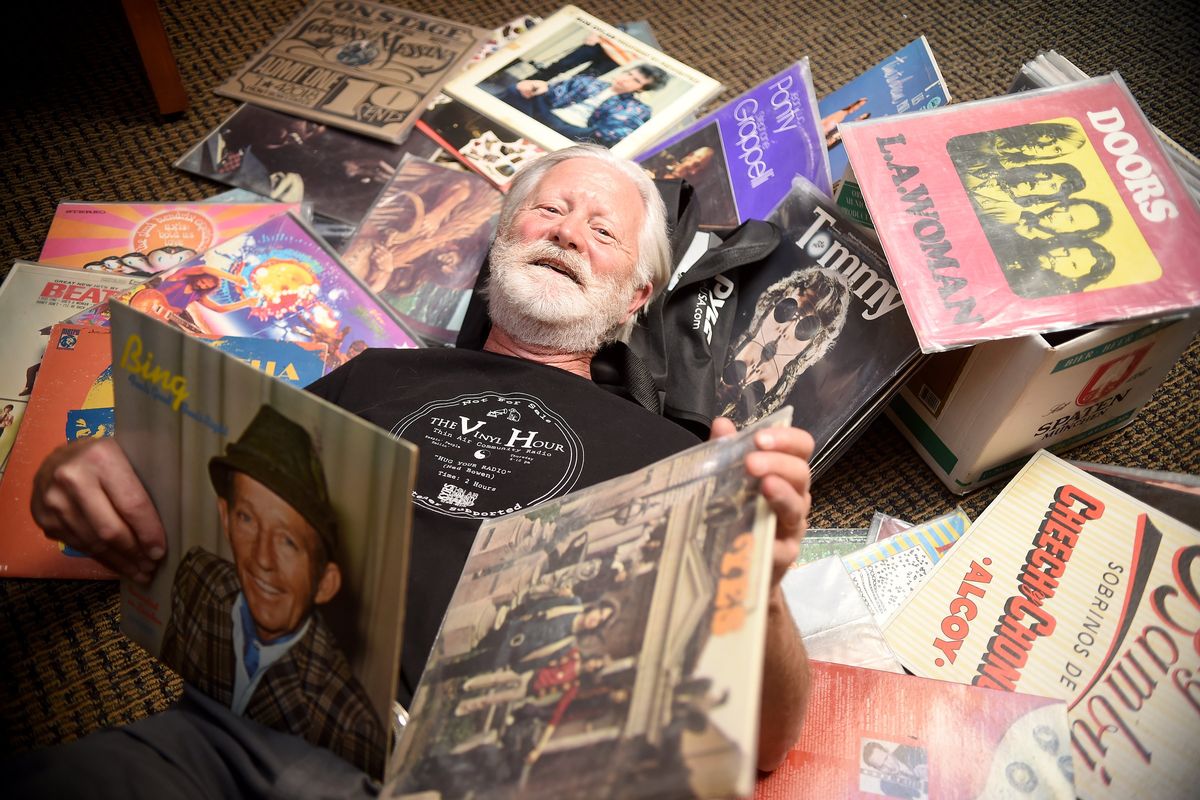 KYRS Programmer Ted Bowen is surrounded by albums for his “Vinyl Hour” radio and call-in show on Monday at the Community Building in downtown Spokane. Bowen has been producing the show for 19 years using his ecollection of albums that he hauls up several flights of stairs to the studio. The collection covers all ages and genres. (Christopher Anderson/For The Spokesman-Review)

While Bowen’s love of music has been a constant, he’s had a variety of careers over the years, from auto mechanic to day care owner to landscaper. For the past six years, he’s been a school bus driver for the Central Valley School District.

“I’m having a blast!” he said. “Of course, I wanted to be a rock star when I was a kid. I don’t play any instruments, but I play a kickass stereo!”

His taste in music is eclectic and so is “The Vinyl Hour” where he plays a variety of jazz, funk, rock and blues.

“Community radio stations don’t get the Top 40, but we do get the best of the Bottom 60!,” he said, chuckling.

“I love it when they call in to request something or to chat about a song I just played.”

The advent of the internet means he gets calls from across the U.S. and is on a first-name basis with listeners from New York City to Kettle Falls, Washington.

Bowen estimates he owns between 6,000 and 8,000 albums and each week he pores through them, choosing several stacks to take to KYRS.

Though he doesn’t have a set playlist for his program, he does have two rules.

“The first song must be something positive,” said Bowen. “And from 8 to 9, play side A. From 9 to 10, it’s side B. There’s no other formula. I just play till it feels like a set and then I’ll come on air and talk about it.”

“They’re ambassadors of goodness,” he said. “You can’t beat them for positive music.”

With two turntables, he has to keep on his toes.

“I’m always thinking about what’s next,” he said.

His listener “co-hosts” call in to introduce him to new music, and encourage him to revisit old favorites.

“They invite me into their homes, cars and workplaces,” said Bowen. “I never take that for granted. Time doesn’t exist when I’m in the studio.”

On any given Thursday, listeners might hear everything from the Beatles to Hot Tuna with a little Derek and the Dominos tossed in for good measure.

Hosting the show allows Bowen to continue to learn and explore the musical world. He said he gets his background information from liner notes, the library, the internet and his listeners.

“With music, you never stop learning,” he said. “When you’re passionate about something you want to get better.”

He’s grateful that KYRS continues to put the community into community radio, offering programs that aren’t found on commercial stations.

Nineteen years since its inception, the goal of “The Vinyl Hour” remains unchanged.

“I just want to play good music,” said Bowen. “The world is in a dark place, but not all of it. Let’s add some positivity.”