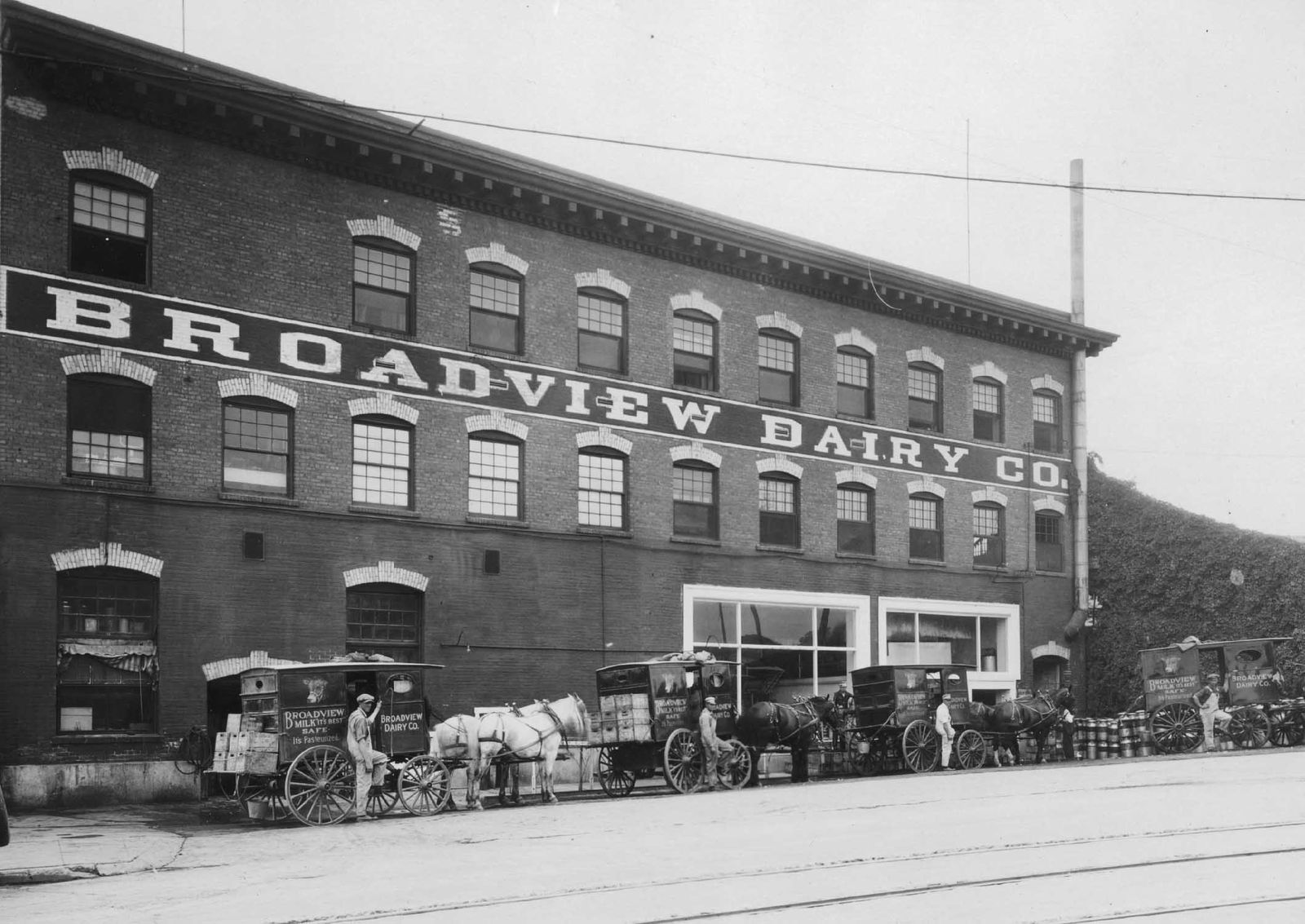 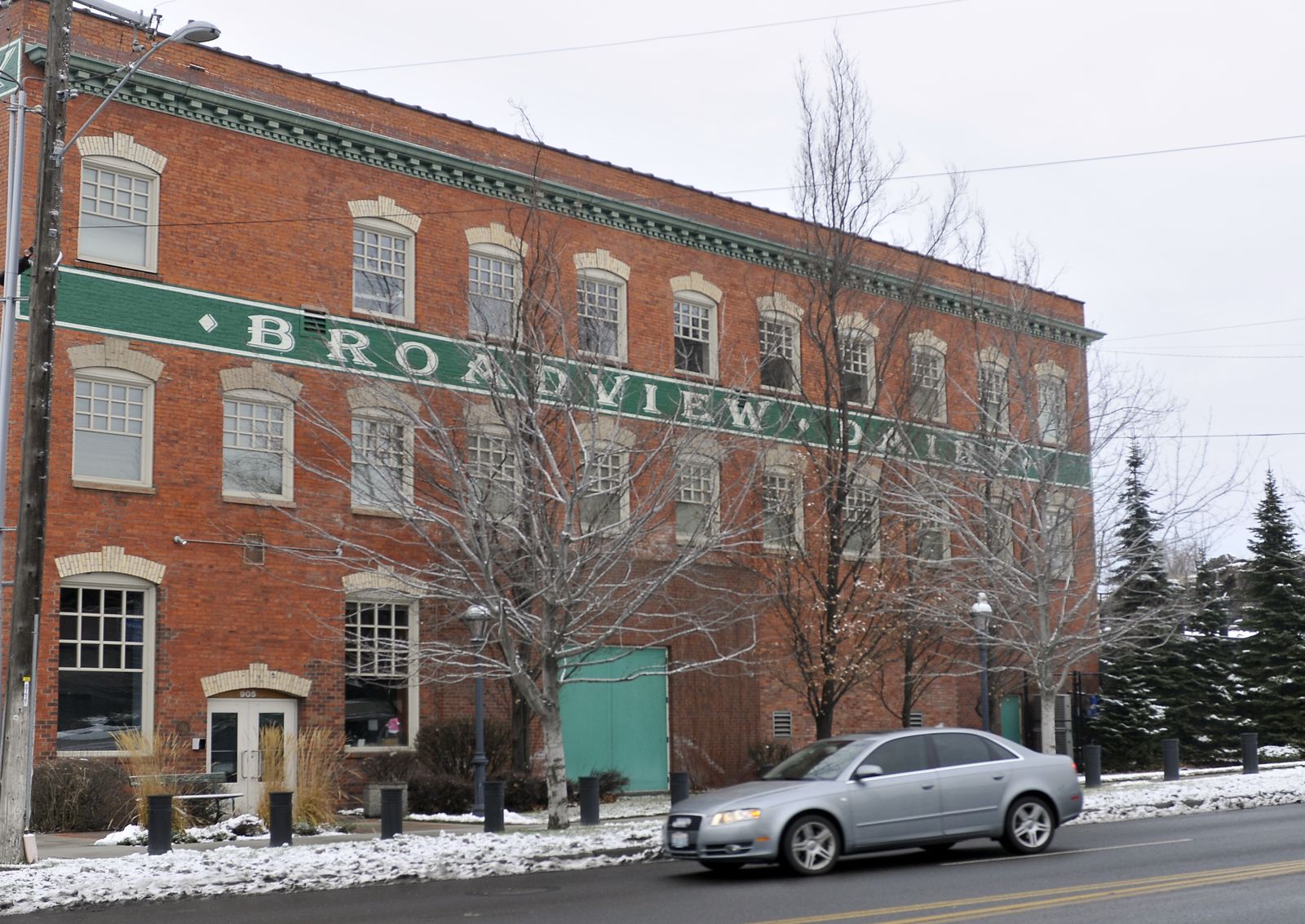 Image One Photo Archive | The Spokesman-Review
Image Two Jesse Tinsley | The Spokesman-Review
Allen H. Flood, the grandson of Revolutionary War soldiers who was born in 1854, moved to Washington state from Maine in 1889 and went to work. He drove oxen in lumber camps, laid out roads as a surveyor and worked on farms. He started is own dairy herds in 1893, which eventually became the Broadview Dairy, with several hundred cows on farms in Marshall and Rosalia. With his sons Frank and Edmund at his side, Flood incorporated and prospered, building the large brick building on Washington St. for $35,000 in 1910. Milk was delivered to homes by horse-drawn wagons until the late 1920s, when they switched to trucks. Flood and son Frank advocated for better health safety in dairy production, including disease testing of cattle and pasteurization of milk. Although Broadview became part of Carnation Co. via a stock swap in 1929, and the name wasn't changed until 1948. Flood died in 1942. Foremost Dairies Northwest became the owner in 1989, but lost the business in bankrupcy. Goodale and Barbieri bought Broadview in 1991 and continued dairy production. A few years later, the Barbieri family trust opened Caterina Winery in the ground floor of the building, where horses and buggies were once stored. In 1997, the plant closed and production moved to Darigold in north Spokane. The federal government now leases 20,000 square feet of renovated office space in the historic building. The 1948 addition on the west end, will soon be torn down. It stands on property purchased by the city of Spokane. Caterina Winery sold to Townshend Cellar in 2010.