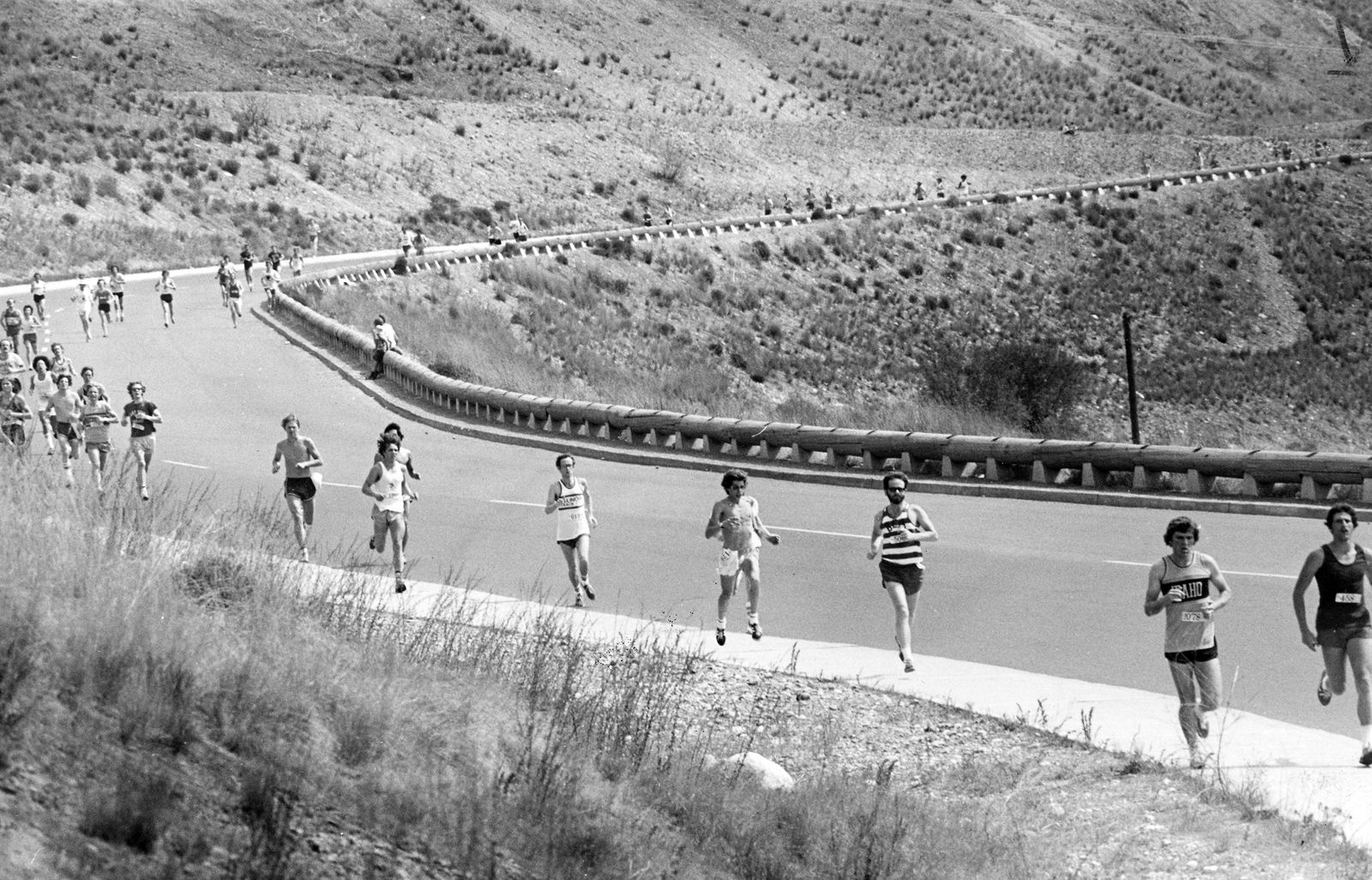 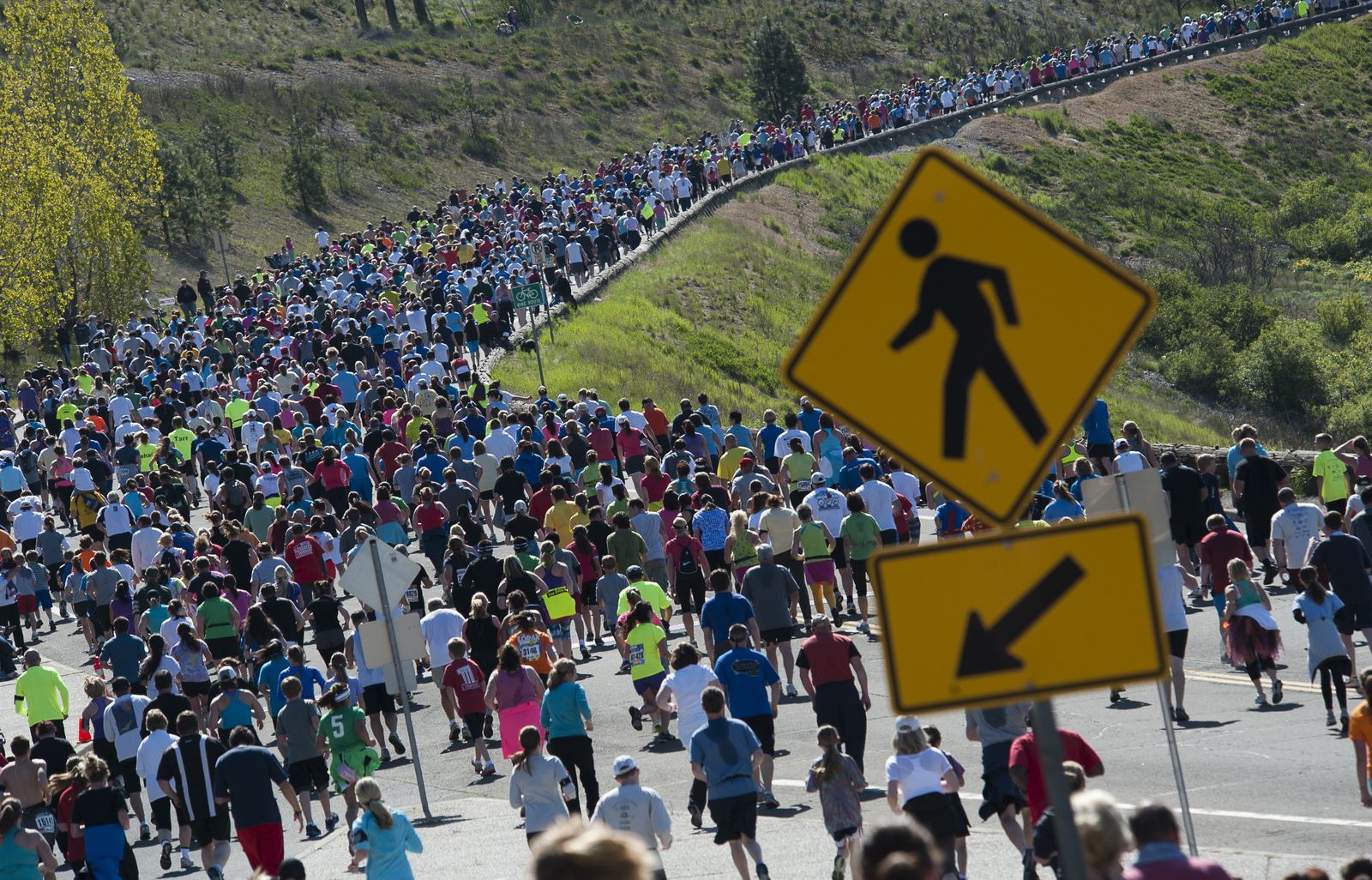 Image One Photo Archive | The Spokesman-Review
Image Two Rajah Bose | Special to The Spokesman-Review
The Lilac Bloomsday Run turns 35 years old this year, a long way from a modest start. Encouraged by the mayor and and bolstered by sponsors and service organizations, founder Don Kardong, an Olympic marathon runner, led off the first race May 1, 1977. Olympic gold medalist Frank Shorter won the race and almost 1200 runners finished that day. Since then, organizers have found ways to accommodate tens thousands of participants, providing them with water, t-shirts, accurate timing and medical aid. In 1980, the course was changed to avoid the Maple Street Bridge, which shook when the crowds pounded across it. The new course took runners up Pettet Drive for the first time. It was immediately nicknamed “Doomsday Hill”. Participation peaked in 1996 at 61,298.