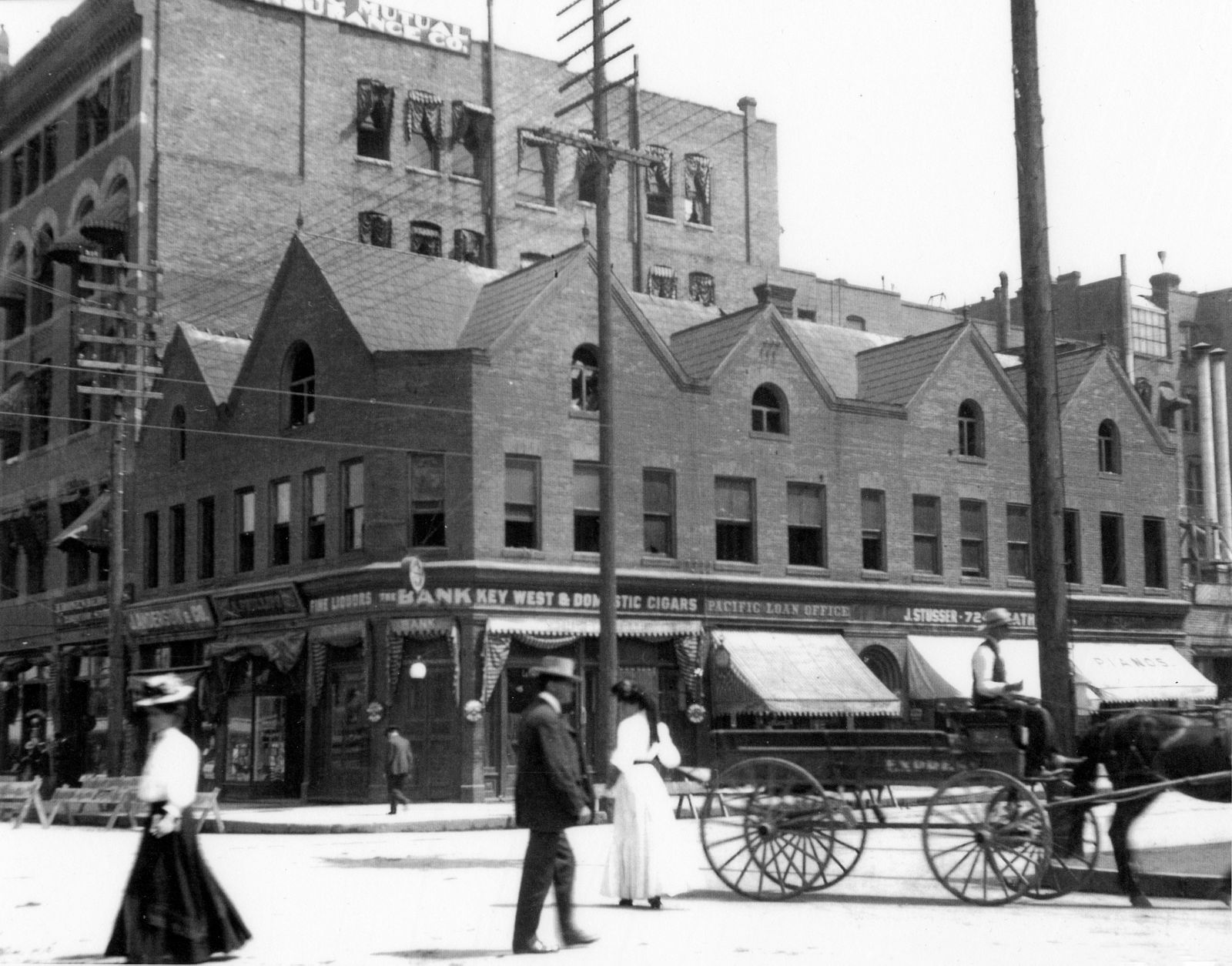 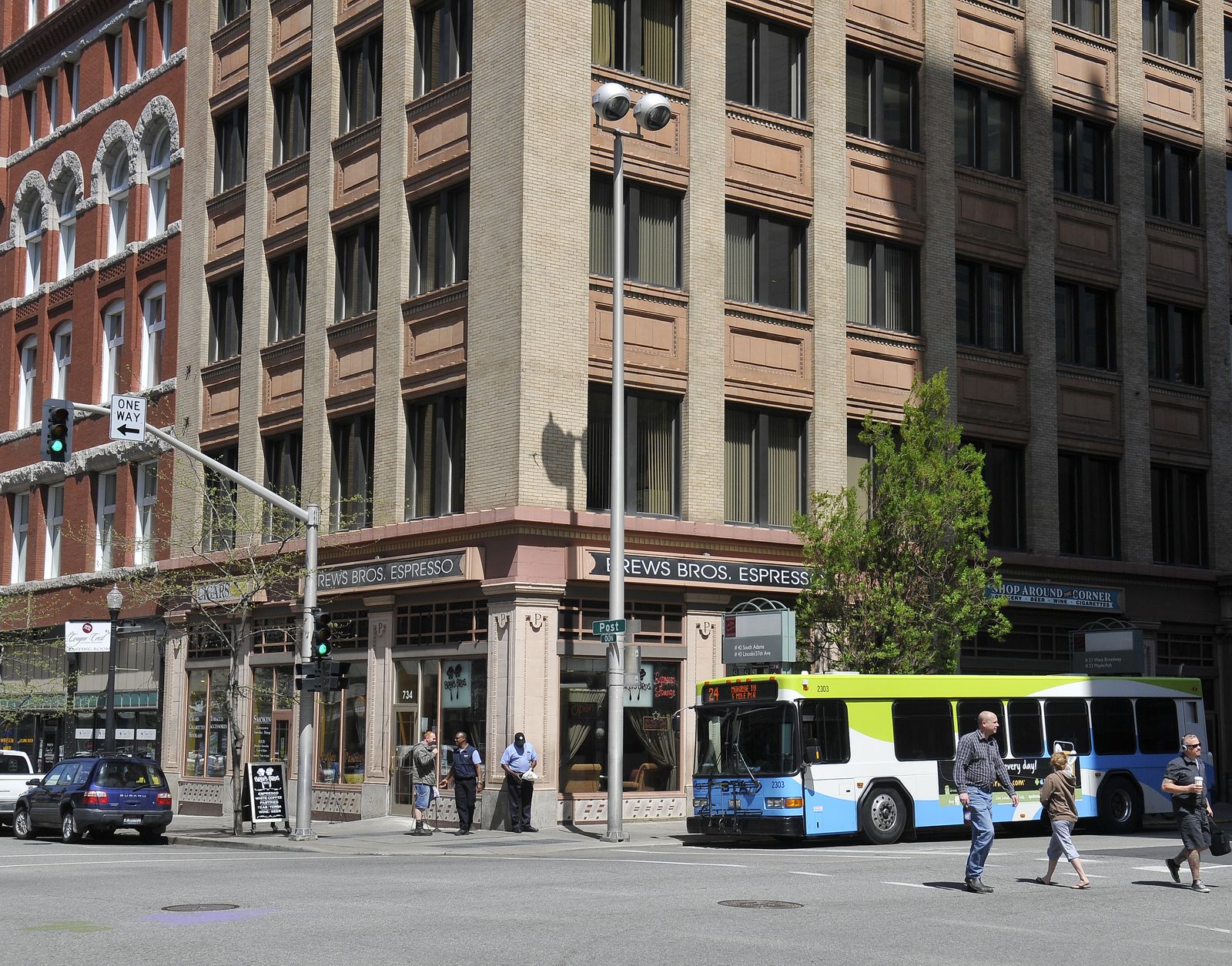 Image One Courtesy of Northwest Room, Spokane Public Library
Image Two Jesse Tinsley | The Spokesman-Review
The Morris block was built on the northeast corner of Sprague Ave. and Post St. in 1890. It was an attractive retail and office space built after the 1889 fire. That same year the Great Eastern building, seen at far left, was built for the Great Eastern Dry Goods Company. In January 1898, the Great Eastern caught fire and was gutted by the raging inferno. Colonel Isaac Peyton, who was probably only a lieutenant during the Civil War, bought the burned building and had Kirtland Cutter and Karl Malmgren rebuild it, renaming it the Peyton Building. In 1908, Peyton hired a contractor to add two stories to the Peyton Building, then tear down the Morris block, which was seen as susceptible to fire, and construct the Peyton Annex, a seven story office building, finished in 1909. The Peyton Block, with 84,000 square feet of space, became some of the most exclusive office space in Spokane.