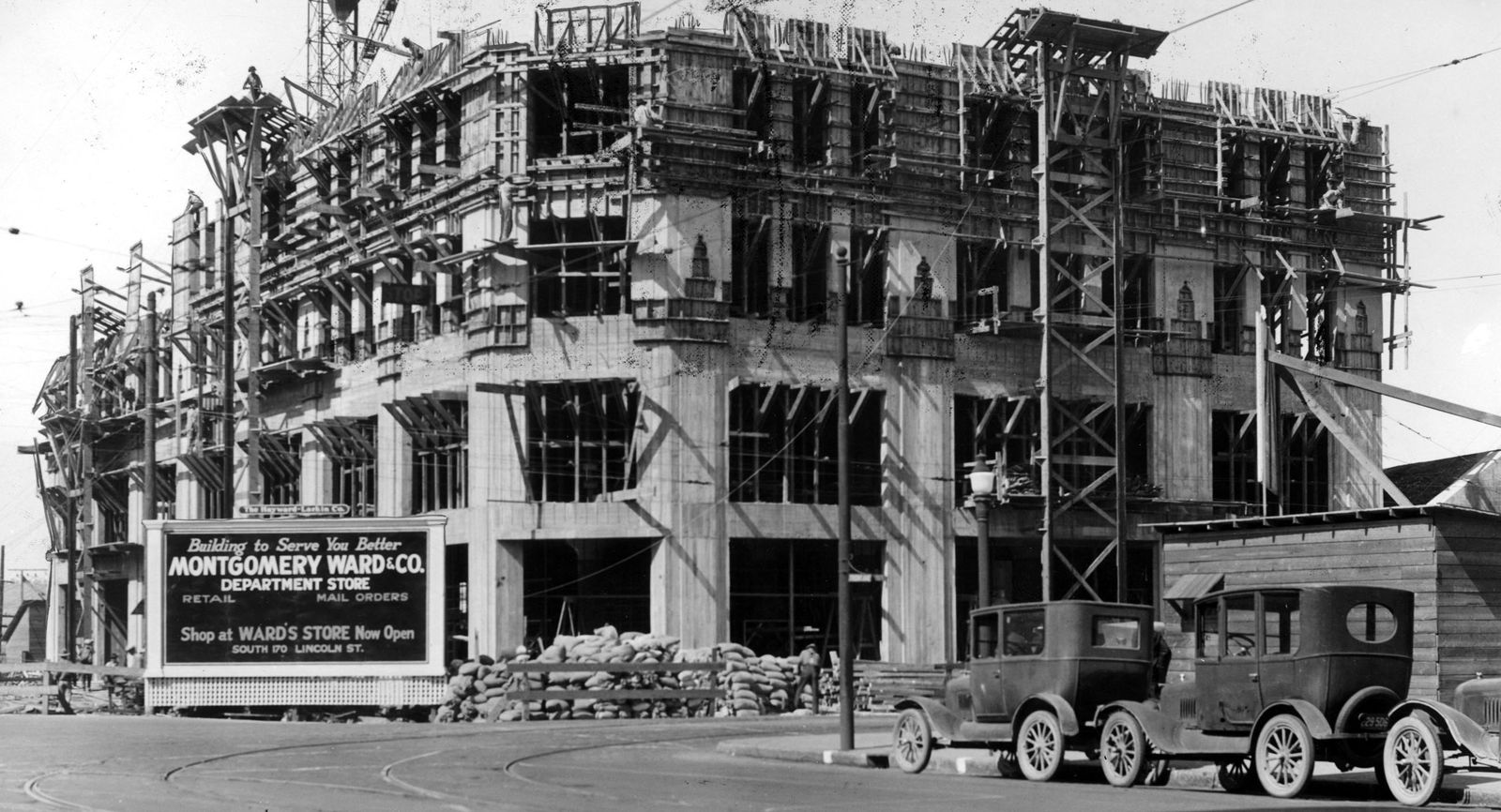 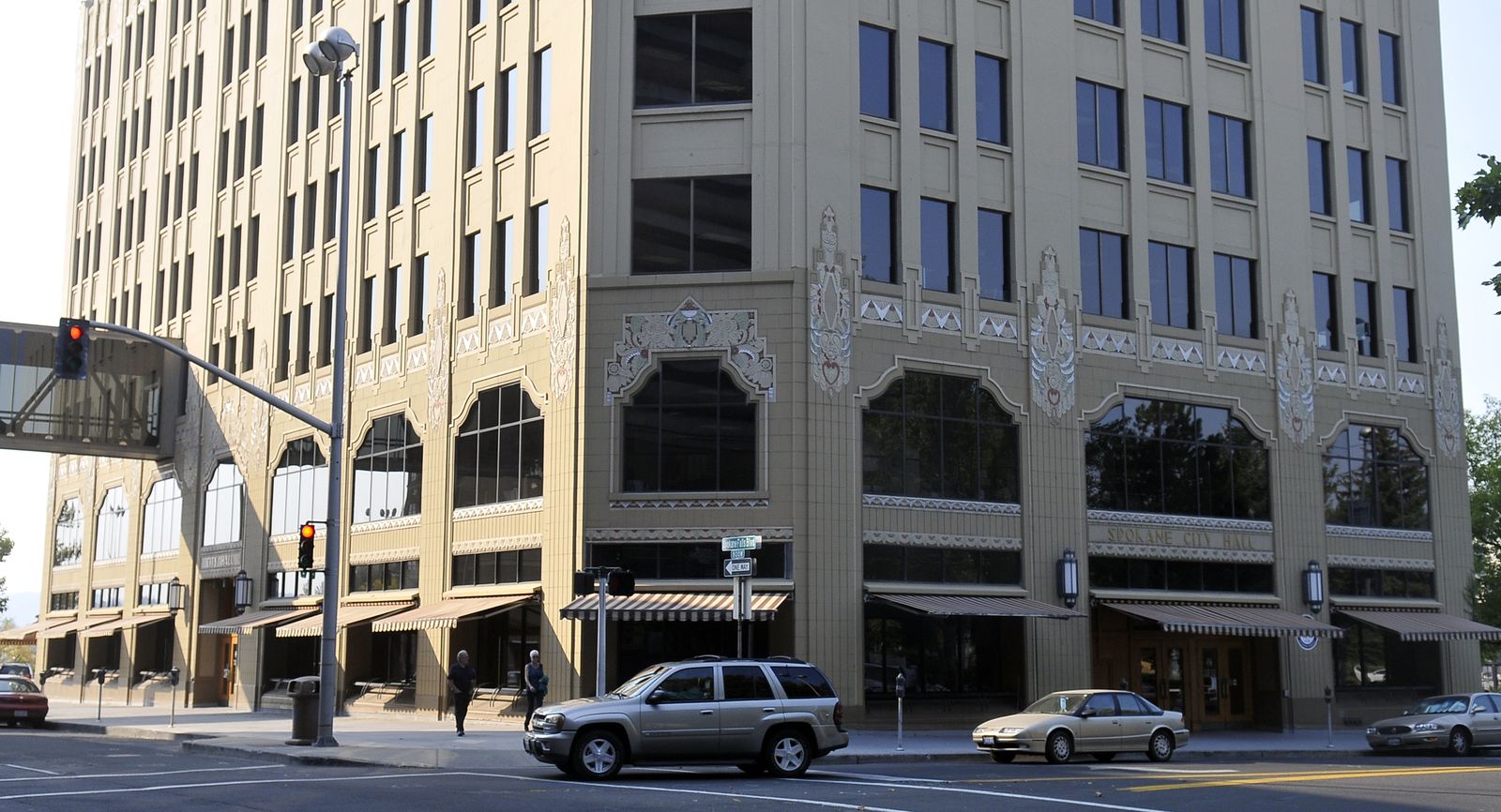 Image One Photo Archive | The Spokesman-Review
Image Two Jesse Tinsley | The Spokesman-Review
The art deco fad of the late 1920s and early 1930s left its mark on Spokane. The term “art deco” came from the name of a 1925 art expo in Paris which popularized the futuristic, modern style that borrowed from Egyptian and Aztec visual arts. It quickly spread through fashion, movies, architecture and furniture. The City Ramp garage, built in 1928, and the Fox Theater, built in 1931, are surviving gems of the period. The Montgomery Ward building, designed by the department store’s team from Chicago, was built in 1929 and brought an elegance to shopping in downtown Spokane. Reports at the time said 55,000 people shuffled through the seven stories, which were packed with clothing, housewares, furniture and sporting goods, in the first two days. The building even had its own railroad spur from the Union Pacific elevated line nearby. But art deco style died out before World War II and Montgomery Ward's market share of retail sales decreased slowly until the store moved to north Division in 1978. The building was purchased and refurbished by the city of Spokane and became the new Spokane city hall in 1982, replacing the old city hall, which had served this purpose since 1912.