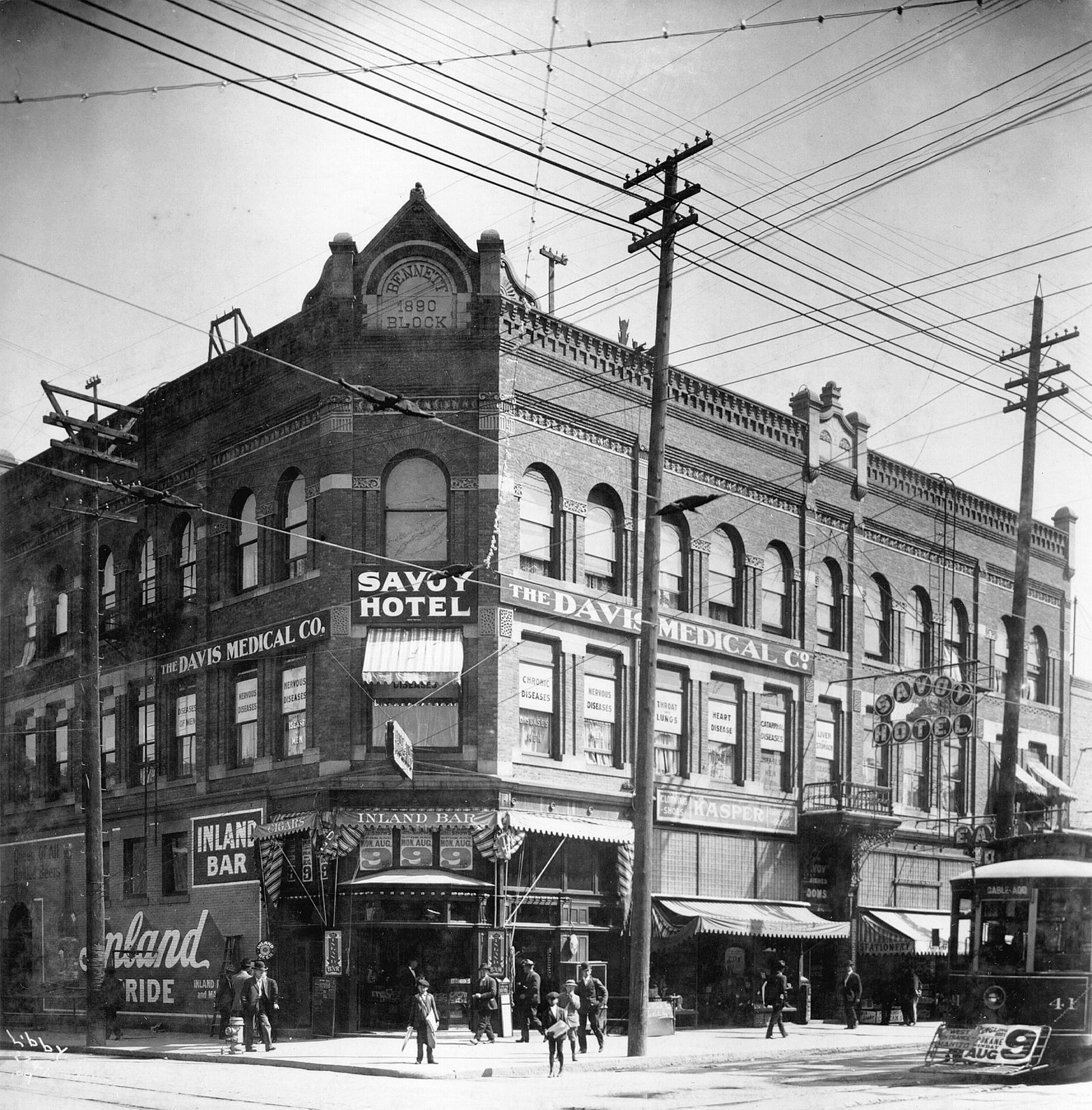 Image One Courtesy of Tony and Suzanne Bamonte
Image Two Jesse Tinsley | The Spokesman-Review
Bascomb H. Bennett, born 1859, ran the Arlington hotel at Howard and Main. He would become the son-in-law and partner of pioneer businessman A.M. Cannon and his Bank of Spokane Falls. In 1882, Bennett was involved in one of the most infamous confrontations in Spokane newspaper history. Spokane Times editor Francis H. Cook repeatedly derided city powerbrokers, including Cannon, J.J. Browne and James Glover, for heavy-handed, and sometimes underhanded, tactics. The city fathers answered back in their Spokane Falls Chronicle. But it all came to a head one night when Bennett and his future father-in-law Anthony Cannon confronted Cook, who was with his wife and baby, with pistols drawn and demanding a retraction. In the book “The Indomitable Francis H. Cook of Spokane”, author Doris Woodward tells the story: Cook resisted, grabbing an iron stick and knocking the pistols away, though one errant shot was fired. Once they were disarmed, Cook beat the two soundly. The two were charged with attempted murder, but a grand jury, led by James Glover, refused to indict. Bennett lost his hotel in the 1889 fire and completed his Bennett Block at his old location in 1890. He spent $40,000 on the three-story building. Cannon, his bank and, presumably, Bennett, lost most of their holdings in the panic of 1893. Bennett died of the Spanish flu in 1898 at age 39. The Savoy Hotel occupied the upper floors, become the Adlon Hotel and Apartments in the 1930s. Brewer John G. F. Hieber bought the Bennett in 1922 for $170,000. He had operated the Union Brewery and Hieber Brewing and Malting Co. after moving to Spokane in 1888. Prohibition shut him down in 1920, but he invented and patented a machine for processing fruit into juice and spent $100,000 to set up a plant to make soft drinks. He also turned to real estate investments like the Bennett. The building is attached to the Star Hotel and Rima buildings and had 80 apartments until it was made over in the late 1970s as a commercial mall connected to the skywalk system. The Hieber family still owns the block and attached buildings, home to businesses as Cyrus O’Leary’s, Brooks Clothiers, Jay Jacobs, Hahn Western Wear and Little Brick Café. Hieber’s granddaughter, Dru Hieber, is overseeing a new remodel, which includes the Bennett’s unused third-floor.