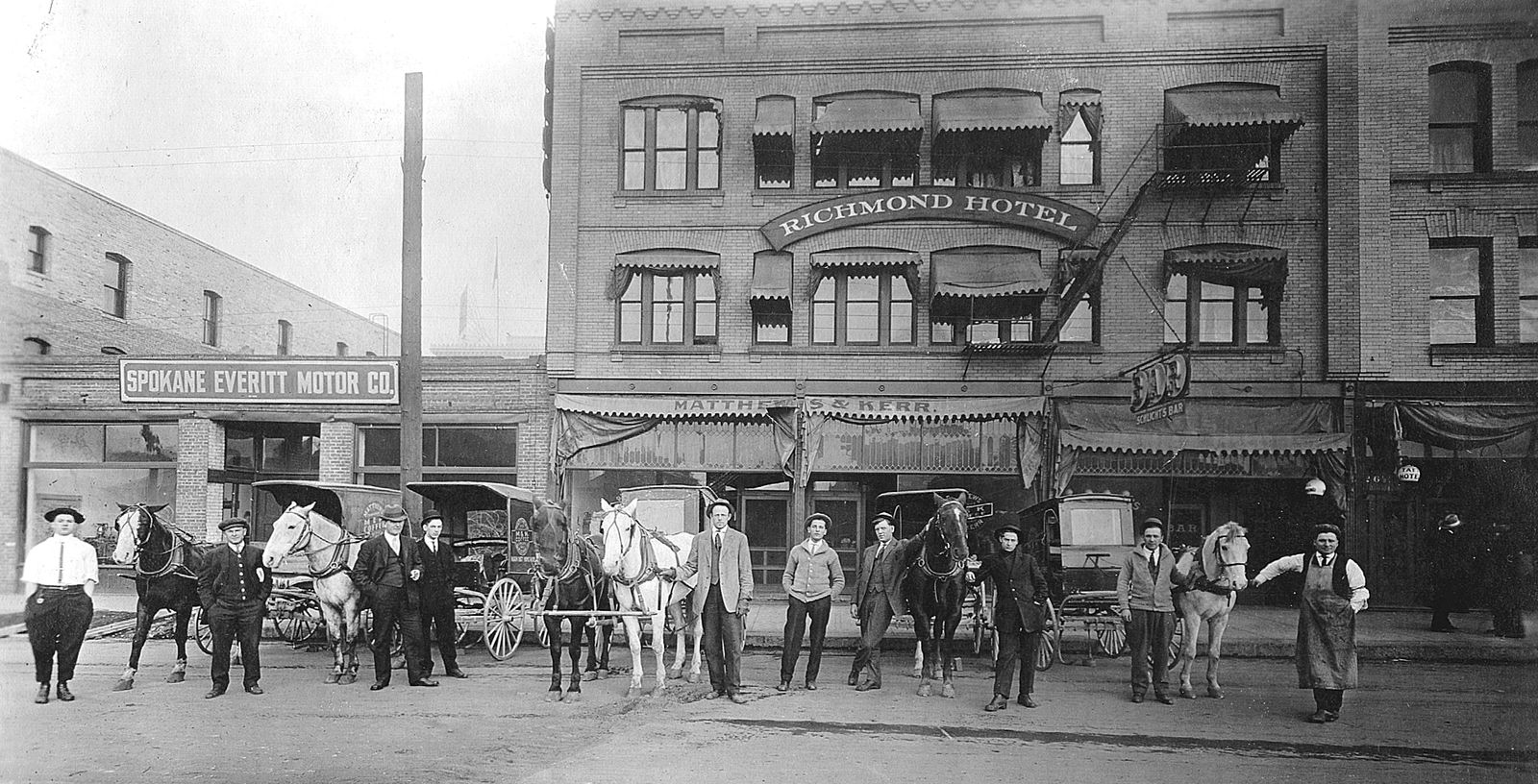 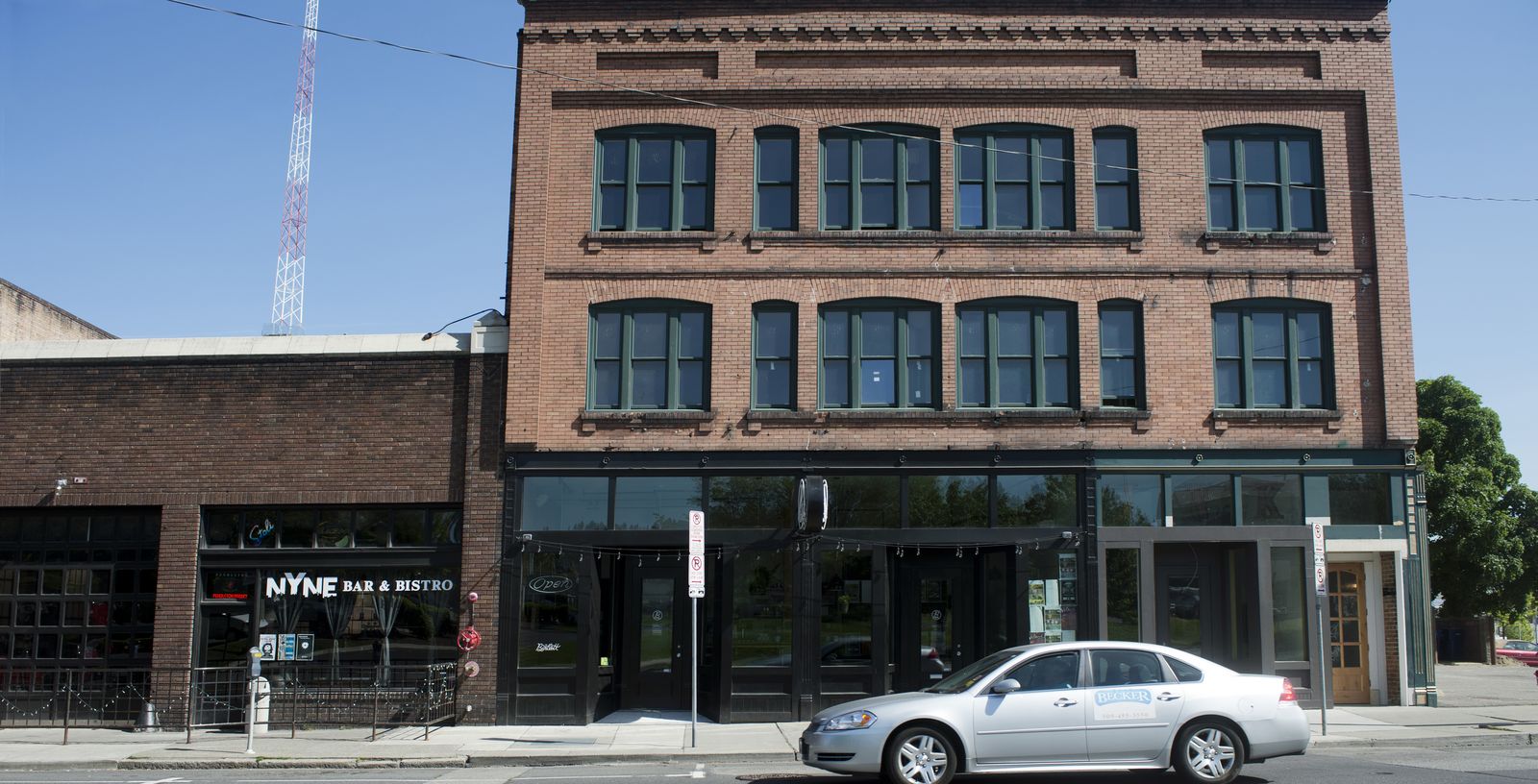 Image One Courtesy of Tony and Suzanne Bamonte | The Spokesman-Review
Image Two Jesse Tinsley | The Spokesman-Review
Before the Mearow building became a longtime furniture store, the Richmond Hotel was in the upper floors and the storefront was the first home of Matthews and Kerr, a retail tea, coffee and spice business on the ground floor at 230 W. Sprague. The company was known for its black and orange delivery wagons stenciled with “M&K Coffee.” Richard M. Matthews arrived in Spokane from Portland in 1904 and opened the business with his partner, J.A. Kerr, who left the business early on. The company’s wagons would deliver coffee, tea, spices, rice, macaroni and flour to homes, restaurants, farms and hospitals. The company’s coffee roasting operation grew to be the biggest in the region and supplied 1500 restaurants and food service sites between Glacier Park and the Columbia River, from Grangeville, Idaho to the Canadian border. A 1942 Spokane Chronicle photo showed roaster Ed Simmons piling up bags of coffee as M&K cranked up production in anticipation of food rationing. All large food producers were afraid that wartime demands would divert food from their regular customers. The company later expanded to a four-story building at 1102 W Second St. and built a sophisticated roaster with electronic controls in the 1950s. They had a staff of coffee experts to blend beans and roast them to perfection. M&K was the official coffee of Expo ’74, but not everybody loved the smell of roasting coffee. When the company tried to install a new roaster to increase capacity to 500 lbs. per batch that year, Spokane County Air Pollution Control Authority forced the company, the only one still roasting coffee in Spokane, to add an after burner to decrease the smell and visible emissions. Their line of bulk foods, restaurant and kitchen equipment and cleaning items eventually became more profitable than the coffee roasting. “We used to say we furnish our customers with everything from toothpicks to ranges,” said company president Malcolm McKay in 1970. “But we stopped carrying toothpicks.” Matthews and Kerr merged with Western Soap Company in 1980. Simmons retired in 1972 after working for M&K for 50 years, the last 31 years as head roaster. His coffee brewing advice was simple. Any electric or stovetop percolator will work. Use 2 ½ to three ounces of coffee to make nine cups. You don’t need to boil eggshells with it, as many people did, to reduce bitterness. “Just use the best coffee available and you’ll get a good brew.”