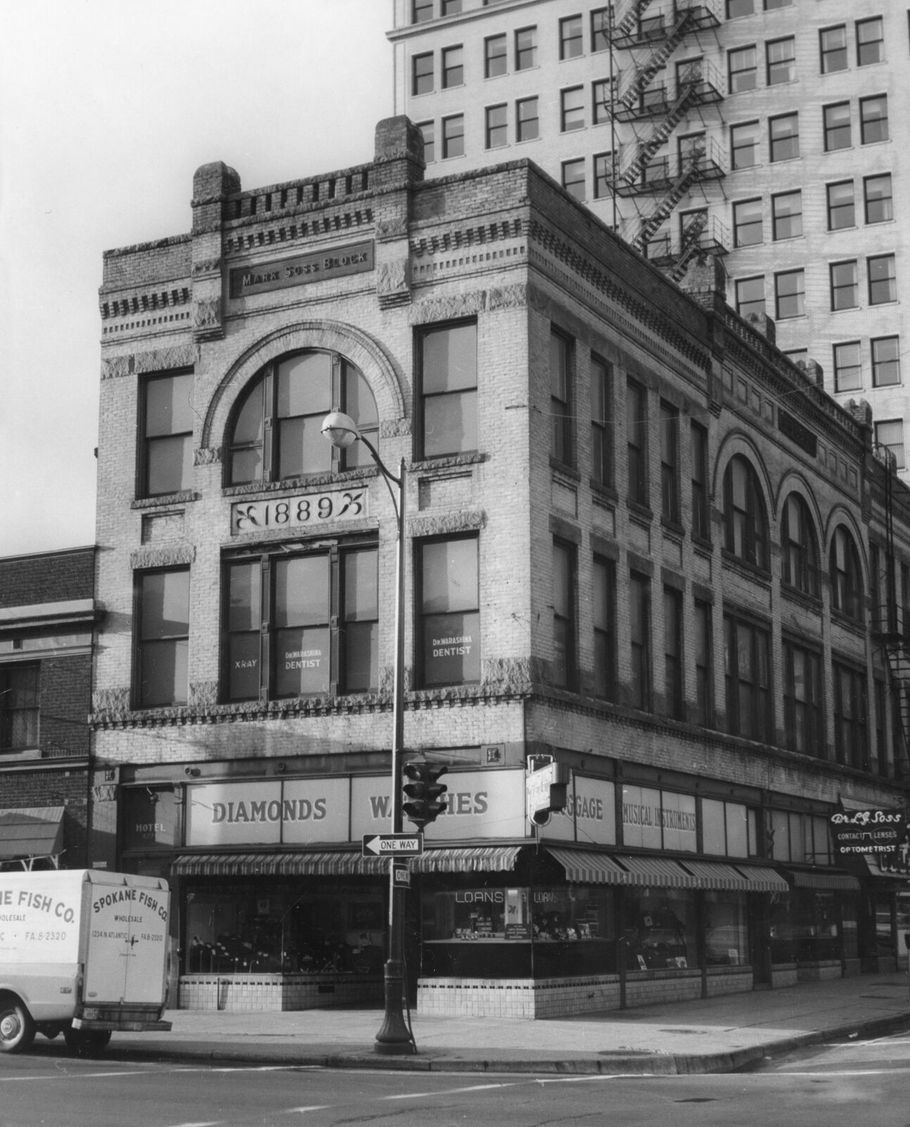 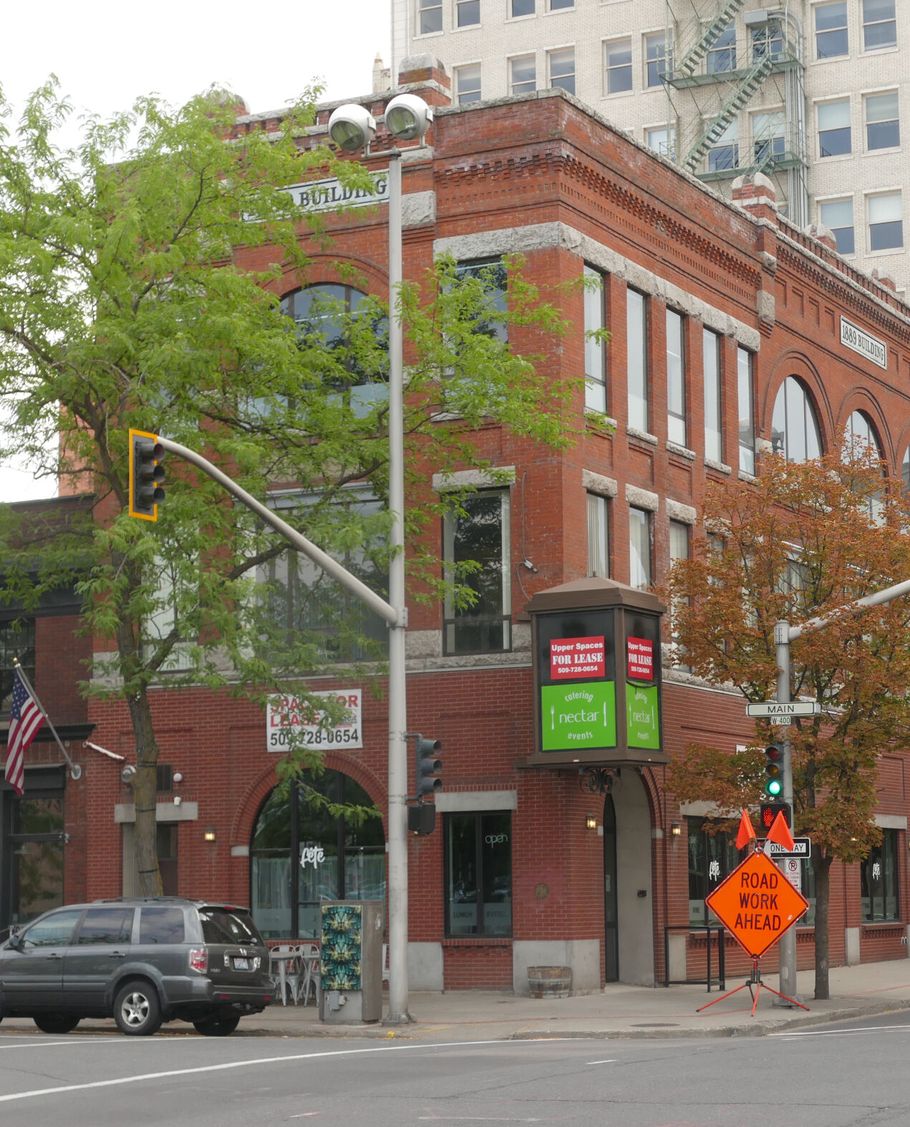 Then and Now: Bodie Block

The Bodie Block at the corner of Stevens Street and Main Avenue bears the legend 1889 on its front and began construction almost immediately after the Aug. 4, 1889, great fire that leveled most of downtown Spokane.

Behind the three-story, 9,000-square-foot project were Antone Traut, his son-in-law Eugene Chamberlain and investor Richard T. Daniel. Like most buildings of that era, the upper floors were hotel rooms or apartments and the ground floor was retail space.

The front of the building bears the legend “1889,” though the building didn’t appear in listings or advertisements until early 1890.

Antone Traut was born in Sondheim, Germany, in 1835 and immigrated to the United States at the age of 18. He served in the Civil War then mined for gold in Helena, Montana, and California. He arrived in Spokane in 1884 at the age of 49.

He started a shoe business with his son-in-law, who was a shoe and boot maker.

According to his 1963 obituary, Soss arrived in Spokane around 1900 with “a knapsack on his back and a quarter in his pocket.” The family lore says that he used the quarter to buy the spare key for a basement rental that he turned into a small loan business and built from there. A Spokane Chronicle article in 1919 observed that there were at least four, perhaps five, pawn shops on Main Avenue operated by Soss family members.

The name “Mark Soss Block” was on the building’s face, and a pawnshop was still operated inside when Old National Bank took over in 1971. It also held the optometry practice of Louis J. Soss, Mark’s son.

In 1973, C.J. Pounder Jr. and his wife, Colleen, bought the aged structure and began a thorough renovation. The updated building, now with a modernized first-story facade, was designed to be first-class office space for their tenant, Safeco Title Insurance. It reopened in 1974 and was renamed the 1889 Building.

“We think we’ve accomplished a faithful job of restoration,” said Pounder, owner of Pounder’s Jewelry. Today, the building is owned by Wilson Commercial Properties of Yakima.

The 1889 Building is one of only 10 still in existence out of 150 that were built right after the fire.