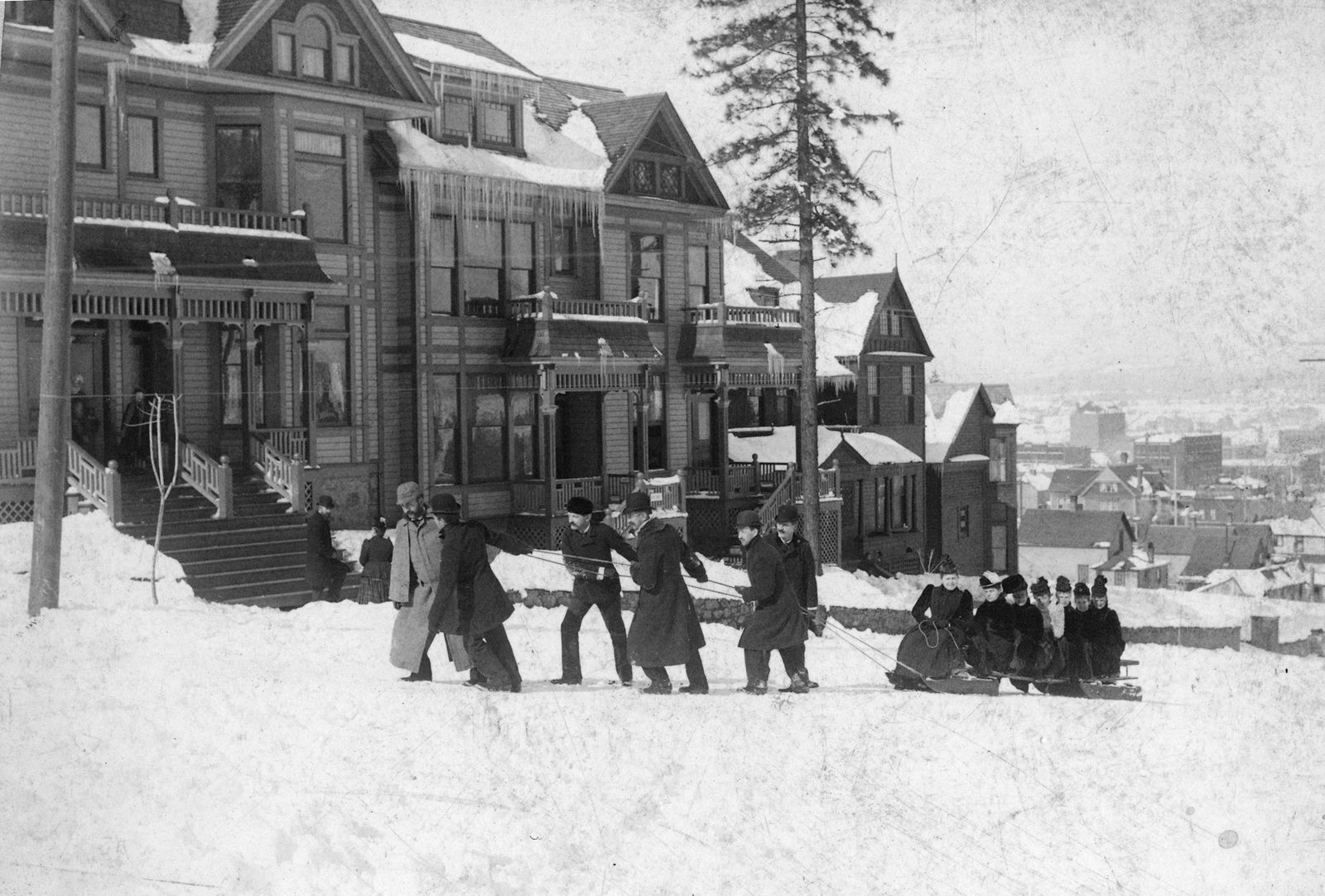 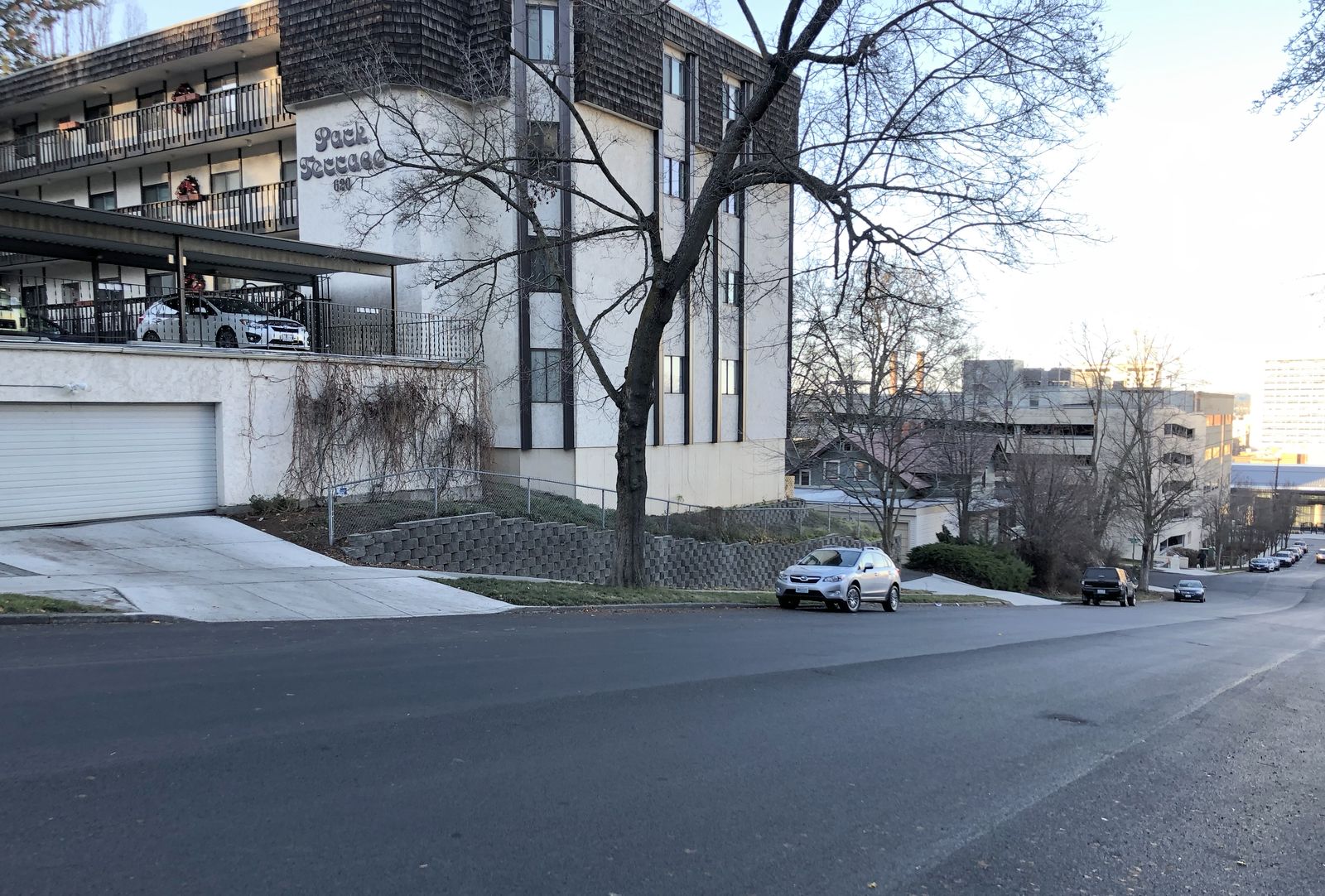 Then and Now: Sledding in Spokane

Sledding, the winter pastime of children sliding down snowy slopes at parks and on side streets, had a different meaning in 1880s Spokane. Sledding season meant the ground had finally frozen up and a layer of snow had been laid down to allow commercial hauling sleds to get into the woods to haul logs and to travel to distant areas to pick up cargo with much less effort from horse teams.

That’s because in the fall months, most unpaved and ungraded roads were mires of sticky mud which many horses and wagons could not negotiate. Similarly, the spring thaw would make roads impassable again.

A Dec. 17, 1889, Spokesman-Review story told of five men leaving Spokane with four large sleds, each drawn by four horses heading to the Old Dominion mines 90 miles away in the Colville country. They carried provisions for nine days of travel and planned to return loaded with tons of lead and silver ore from the mines. For many remote mines, sledding was the only way to get the ore out of the backcountry.

An 1894 news brief in The Spokesman-Review noted that the January cold snap allowed firewood to be hauled by sled to Garfield, Washington, just as the town’s supply was almost exhausted.

A March 1897 news brief from Rockford, Washington, said that after a light overnight snowfall, cargo hauling “teams are hurrying in all directions, drivers knowing that an hour’s sunshine will bring all to a standstill.”

The phrase “tough sledding” or “rough sledding” meant to face adversarial conditions, whether in the world of business or politics.

Sledding for recreation purposes was mentioned several times in The Spokesman-Review or Chronicle in the late 1890s, usually discussing “coasters” in the streets.

That news story proposed that, “If every small boy in the city were to pay a fine of $25 in the city treasury for each time he took a coast down one of the streets or sidewalks, the municipality would never have to levy any taxes and could be paying dividends beside.”