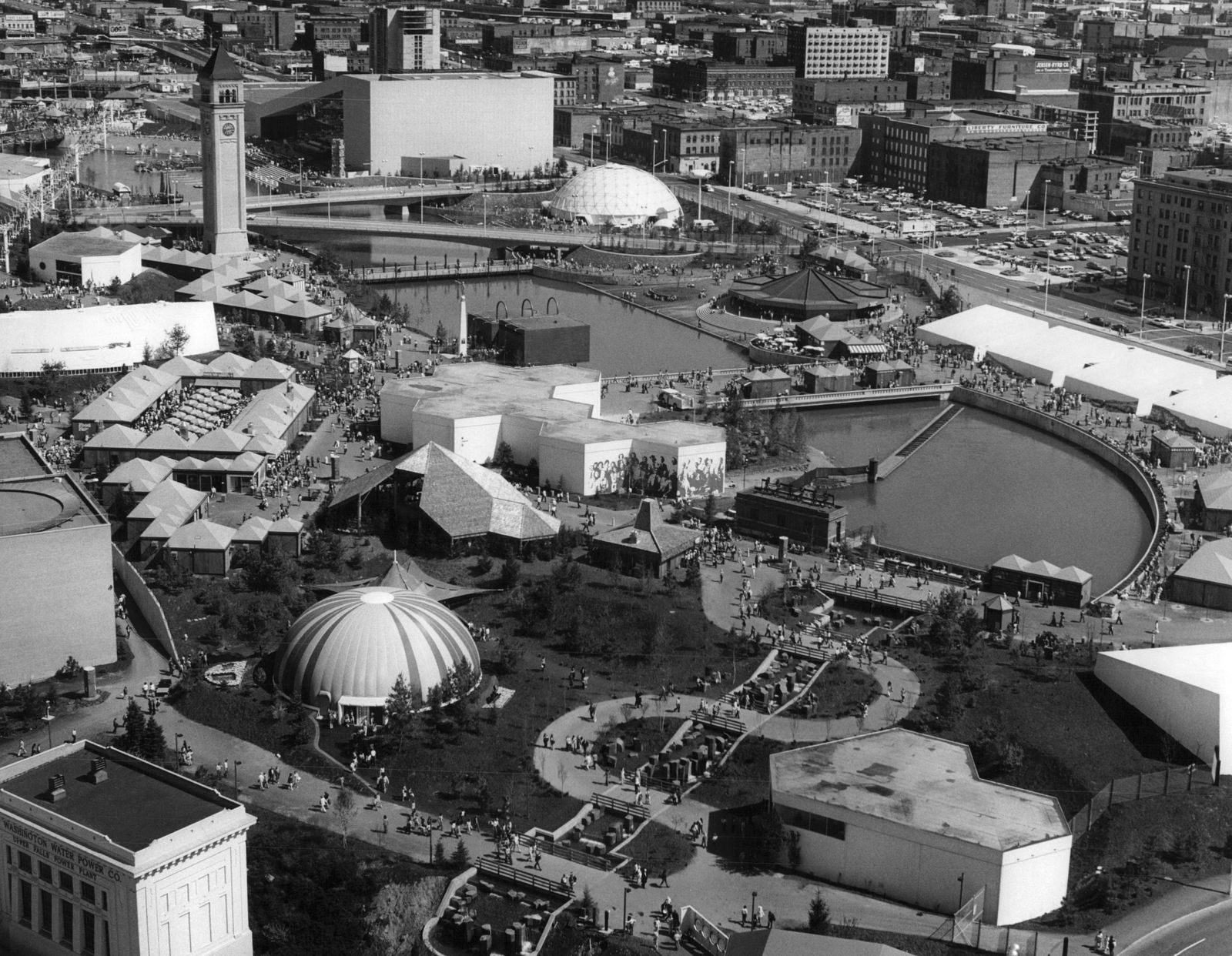 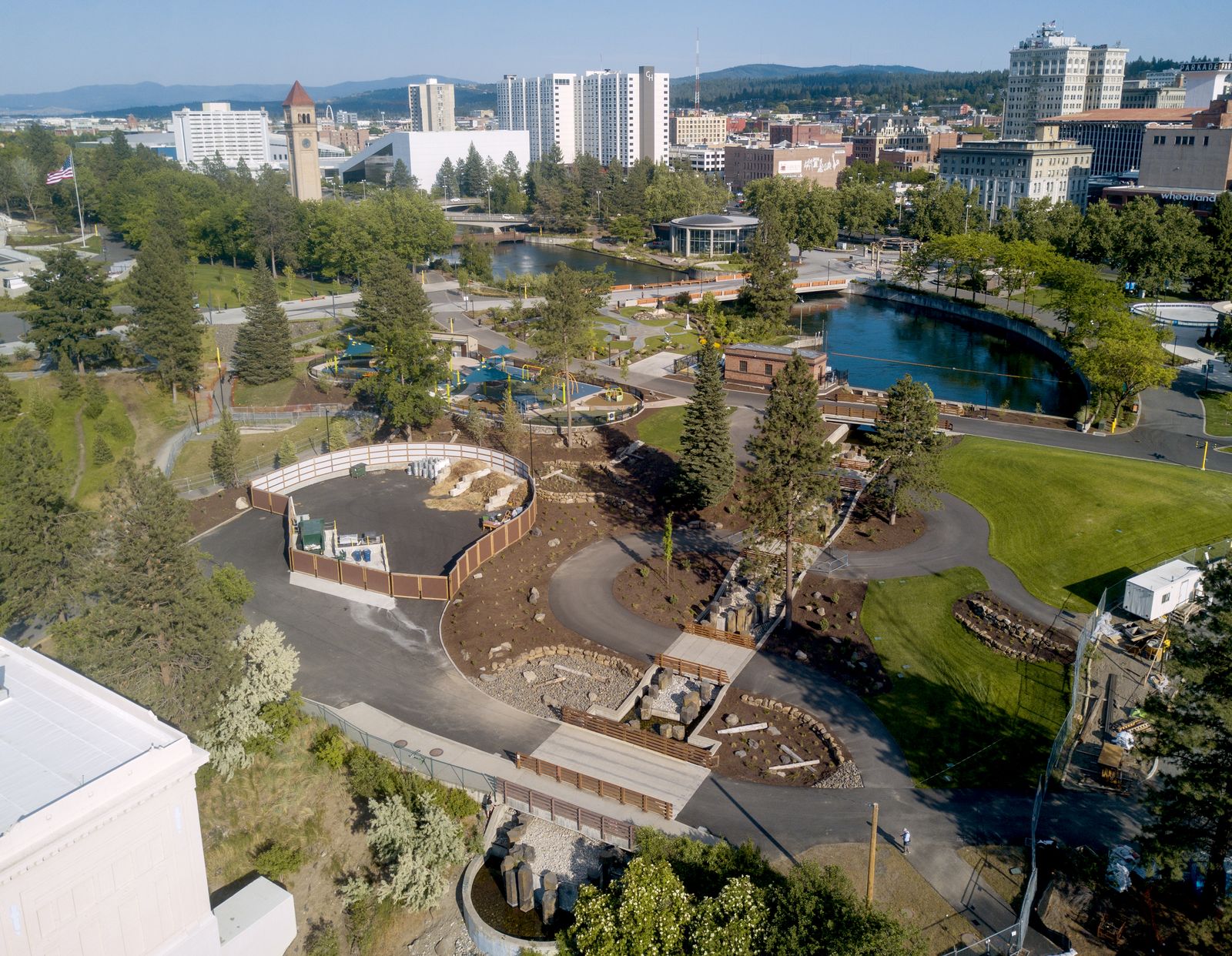 Then and Now: Expo theme stream

When the first white settlers arrived in Spokane, the southernmost channel of the Spokane River cascaded back to a main channel through a narrow crevice in the rocky banks. The cataract cut off the large island in the river from the south banks.

The first white settlers, J.J. Downing and S.R Scranton, built a sawmill powered by the rushing water, though the flow was seasonal.

Washington Water Power Co. built the Upper Falls Power Plant in 1921 to use the water in the river’s south channel. The project directed the water to underground penstocks, and the area was paved over. The island was no longer surrounded by water.

Architect Thomas R. Adkison, head of the Adkison, Leigh, Sims and Cuppage Architects, was hired in 1971 to be the executive architect for planning Expo ’74 that would reimagine Havermale Island, the larger of the two in the Spokane River. He had less than three years to transform the island into both the site of a fair and a future downtown park. Funding was still uncertain.

Adkison’s lasting contribution to the project would be an artificial “theme stream” that cascades down five small waterfalls as it takes water from the south channel and returns to the Spokane River.

“What we are trying to do is reassert the island. We don’t expect the theme stream to be a rushing cataract, but a recollection of what the stream once was,” he told a newspaper reporter. The stair-step waterway would be lined with a mix of smooth river rock and columnar basalt, both symbolic of Inland Northwest geology. The Northwest Mining Association donated $150,000 for the feature.

A serpentine path would cross the stream over five pedestrian bridges, all wheelchair accessible, and end at an overlook by the Upper Falls Power Plant.

Adkison’s design skills are still evident in many local commercial buildings, churches and college campuses, including Gonzaga University, Whitman College, Whitworth University and others. He also served on the Spokane Park Board, the city’s Plan Commission, the Kiwanis Club, the Spokane Arts Commission, the KSPS advisory council and the Spokane Symphony Orchestra board.

CAPTION: In the 1974 photo, Expo '74 is in full swing and theme stream in the lower center of the photo and hundreds of visitors are walking the serpentine path that winds around the water waterway. Thomas Adkison, the executive architect of the world's fair, designed the stream to be reminiscent of the natural flow of the water from the south channel of the river, which once continued along the route of the stream. Since the Upper Falls Power Plant was built in 1921, the river disappears into underground penstocks leading to the generator. Adkison said the stream is a reminder of the natural course of the water and that Riverfront Park is on an island.