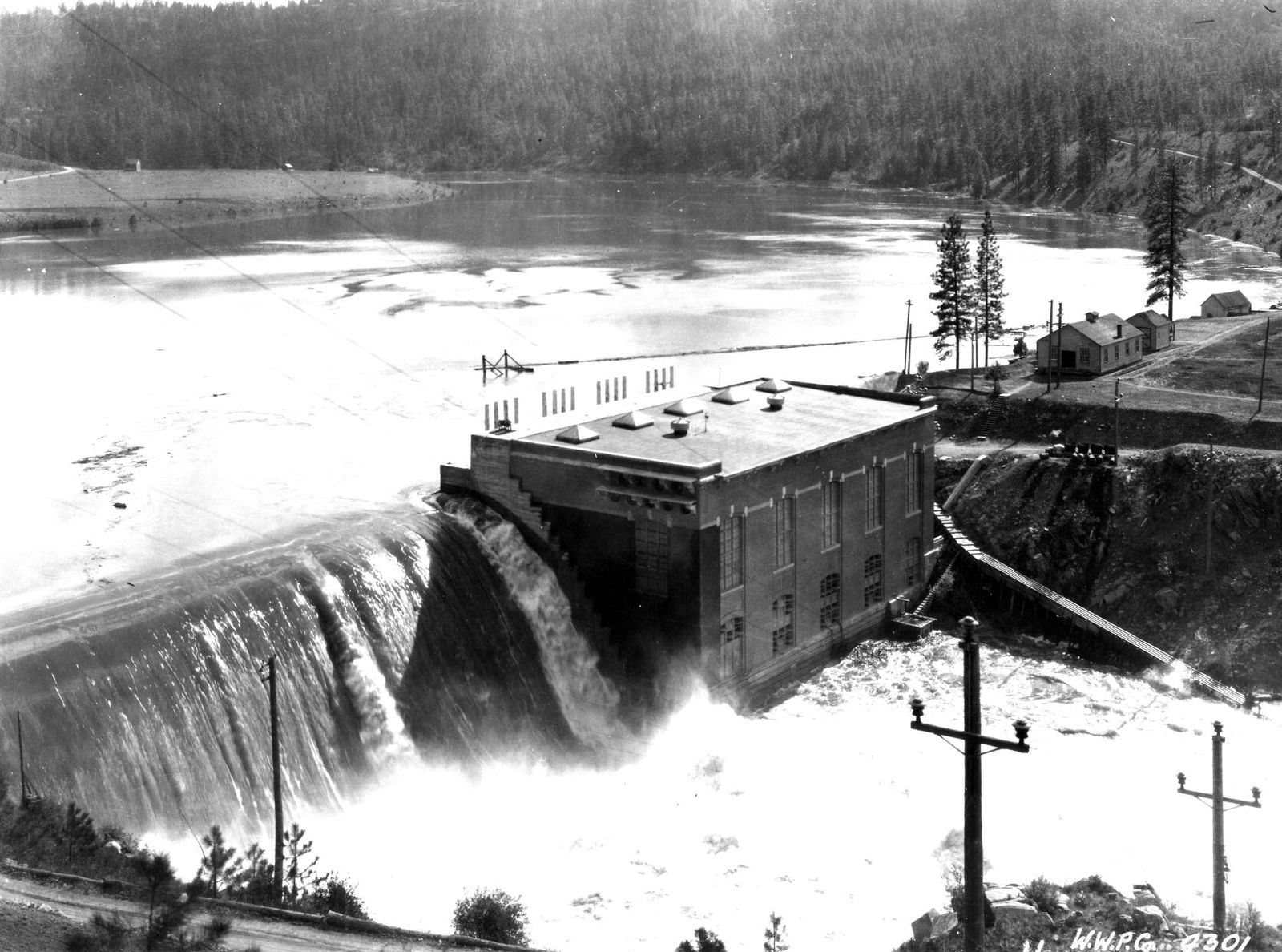 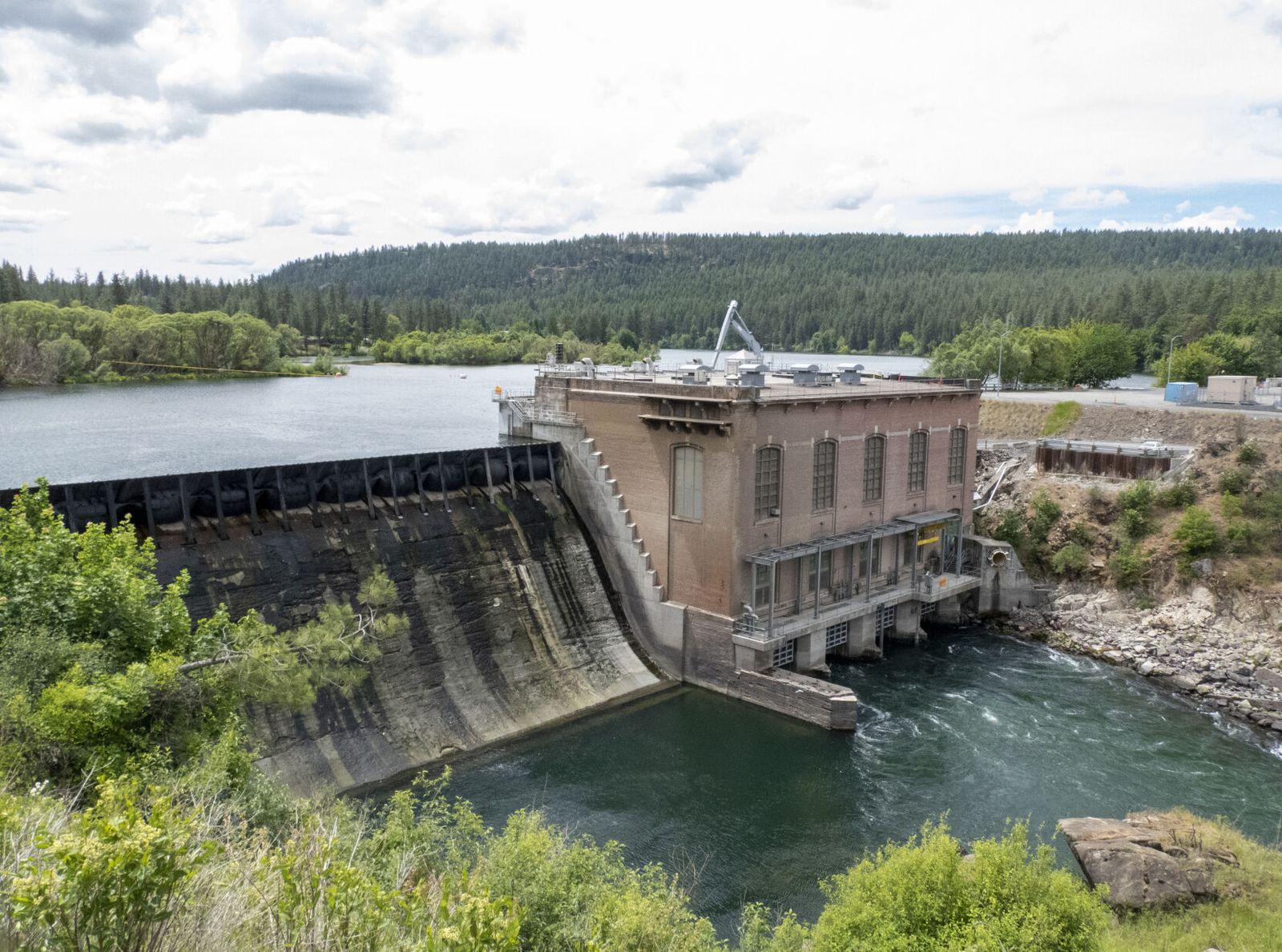 Then and Now: Nine Mile Dam

In the first decade of the 20th century, Spokane’s streetcar system, which was started by various entrepreneurs and developers in 1880s and 1890s, ownership was consolidated between the utility company Washington Water Power and businessman Jay P. Graves. Graves ran Spokane Traction streetcar lines and was building the intercity trains as Spokane and Inland Empire Railroad.

To avoid paying his competitor for the electric power for his trains, Graves and his partners began construction in 1905 on a new hydroelectric dam at Nine Mile Falls, a narrow point on the Spokane River. Construction on the dam in the Nine Mile gorge would take several hundred workers over three years to complete the structure and several months more to get the generator in service.

Because of the hazards of working in a gorge over a rushing river, several lives were lost. In 1906, a crane fell over, killing one and injuring several others. A few days later, a fire destroyed the cook house on the property where workmen lived in a bunkhouse.

On Jan. 21, 1908, the dam’s spillways were closed and water began to pool behind the new dam, which created the Nine Mile reservoir, also called Graves’ Lake. The slack water stretched back 4 miles toward the city. It would be several months before the generator was functioning.

Streetcar ridership peaked around 1910, then began to fall. James Hill of the Great Northern bought majority ownership in the SIERR in 1909. The first automobiles were becoming a common sight on the streets of the city. After another decade, streetcars were losing money and Graves was looking to unload them. In 1922, all streetcar lines were spun off as Spokane United Railways, owned by WWP.

Graves’ land development projects left a longer-lasting impression on the region than his rail lines did. He had developed large parcels on the South Hill around Manito Park. When Hill invested in his companies in 1909, Graves used the money to build his dream home, a farm he named Waikiki, where he dabbled in cattle farming. Through the late 1920s and 1930s, his fortune declined, until he had to sell Waikiki in 1937 to settle his debts. He retired to California and died in 1948.