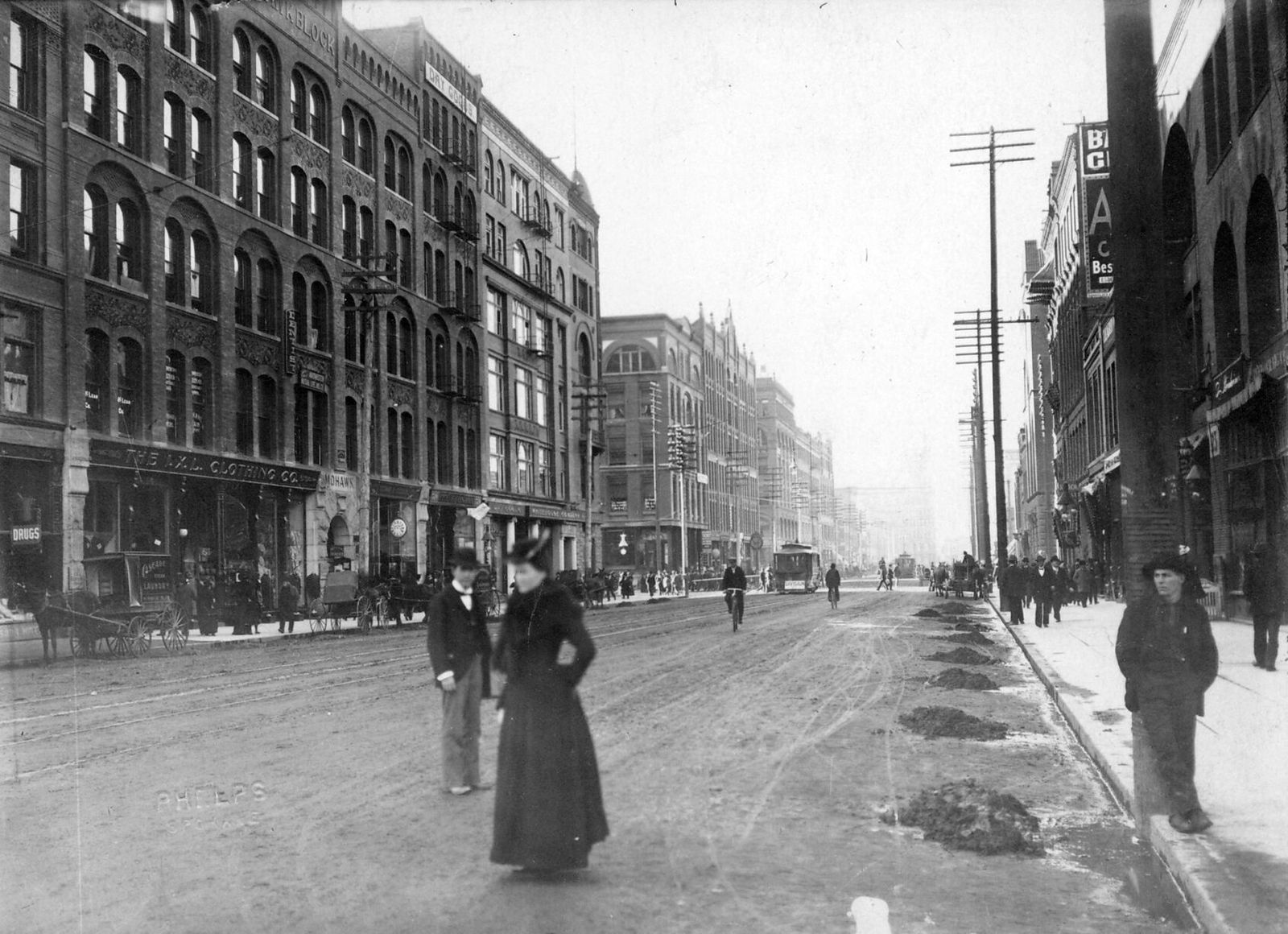 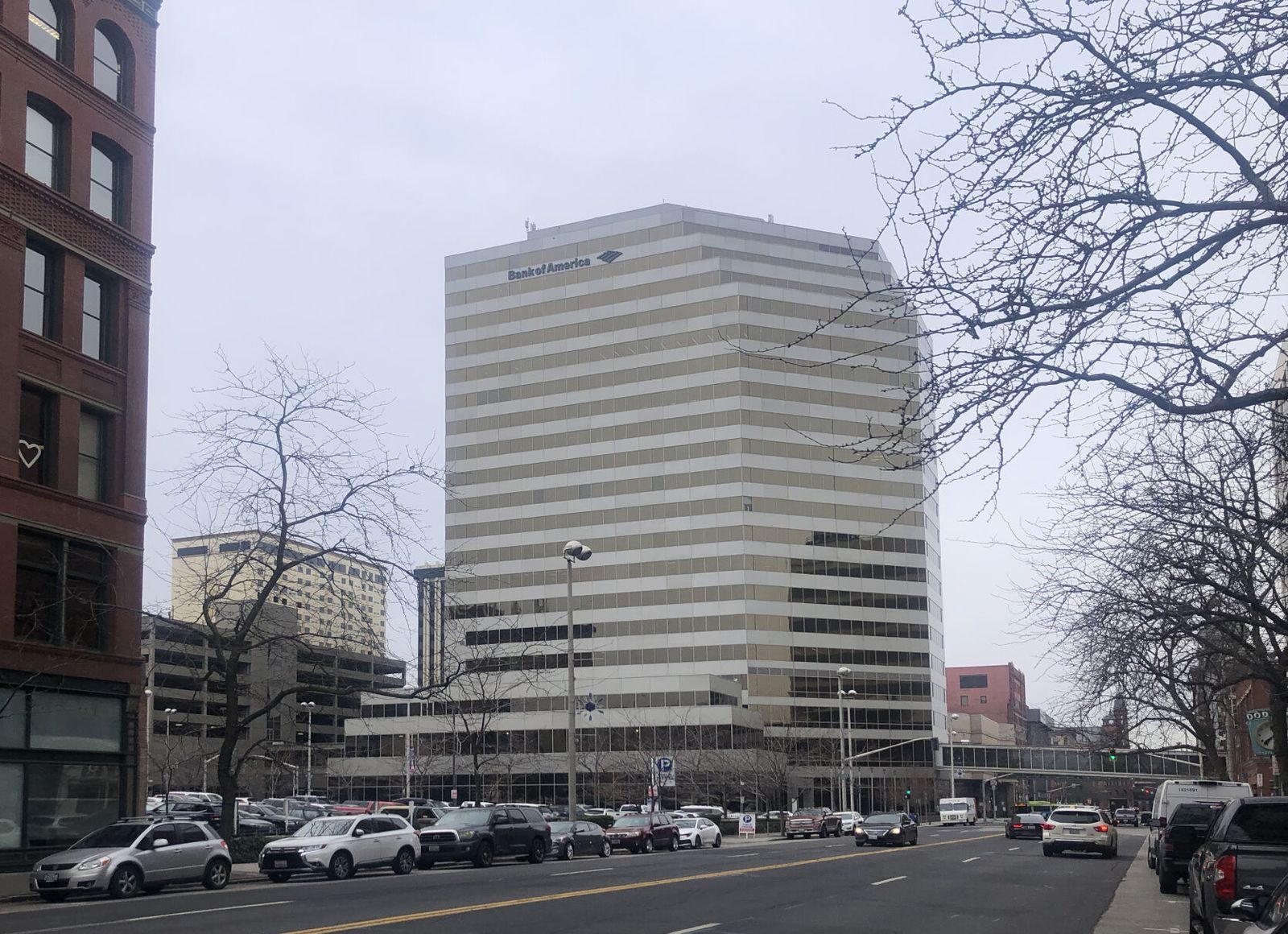 Then and Now: Mohawk Building

Jacob “Jake” Goldstein, born around 1868 in Pennsylvania, arrived in Spokane the year before the great fire of 1889 and made a name for himself in the retail clothing business.

Around 1890, he began working at the IXL Clothing Company founded and run by brothers Gustav and Hermann Hanauer. IXL was a popular business name of that era: a play on the phrase “I excel.” They offered dressy clothes for men and boys.

The first store was at 18 E. Riverside Ave. and carried silk handkerchiefs, smoking jackets, silk umbrellas and fancy vests. In 1891, the store offered a small gift to every holiday customer who spent more than a dollar: a choice of a box of candy or a doll.

In the mid-1890s, the store moved to the ground floor of the Mohawk building on the 500 block of Riverside, seen at left in the 1895 photo.

Hanauer had financial trouble in 1896 and sold out to Abe Goldstein of Jamestown, New York, who had a similar store in New York. Details of the relationship are unknown, but Jacob Goldstein became the sole owner and manager in 1897.

Goldstein would become well known for his marketing savvy and knowledge of men’s style.

Goldstein was a charter member of the Spokane Chamber of Commerce, organized in 1897.

He also worked to establish the Spokane Interstate Fair when it incorporated in 1901. He volunteered with the Elks Club and other social and business groups.

Goldstein also served on the board of the Young Men’s and Young Women’s Jewish Association in Spokane. The Y.M. & Y.W.H.A. was a nationwide organization that welcomed new Jewish immigrants, taught them English and gave them a chance to socialize with others from their home regions of Europe. The organization led to building Jewish Community Centers in cities across the country.

After 25 years in business, both at the Mohawk building on Riverside Avenue and the last several years in the Paulsen building, Goldstein closed down his store in 1922, then took a job as a buyer and menswear manager at Culbertson’s department store. He did the same job for the Eastern Outfitters company until a year before he died in 1941 at the age of 72.