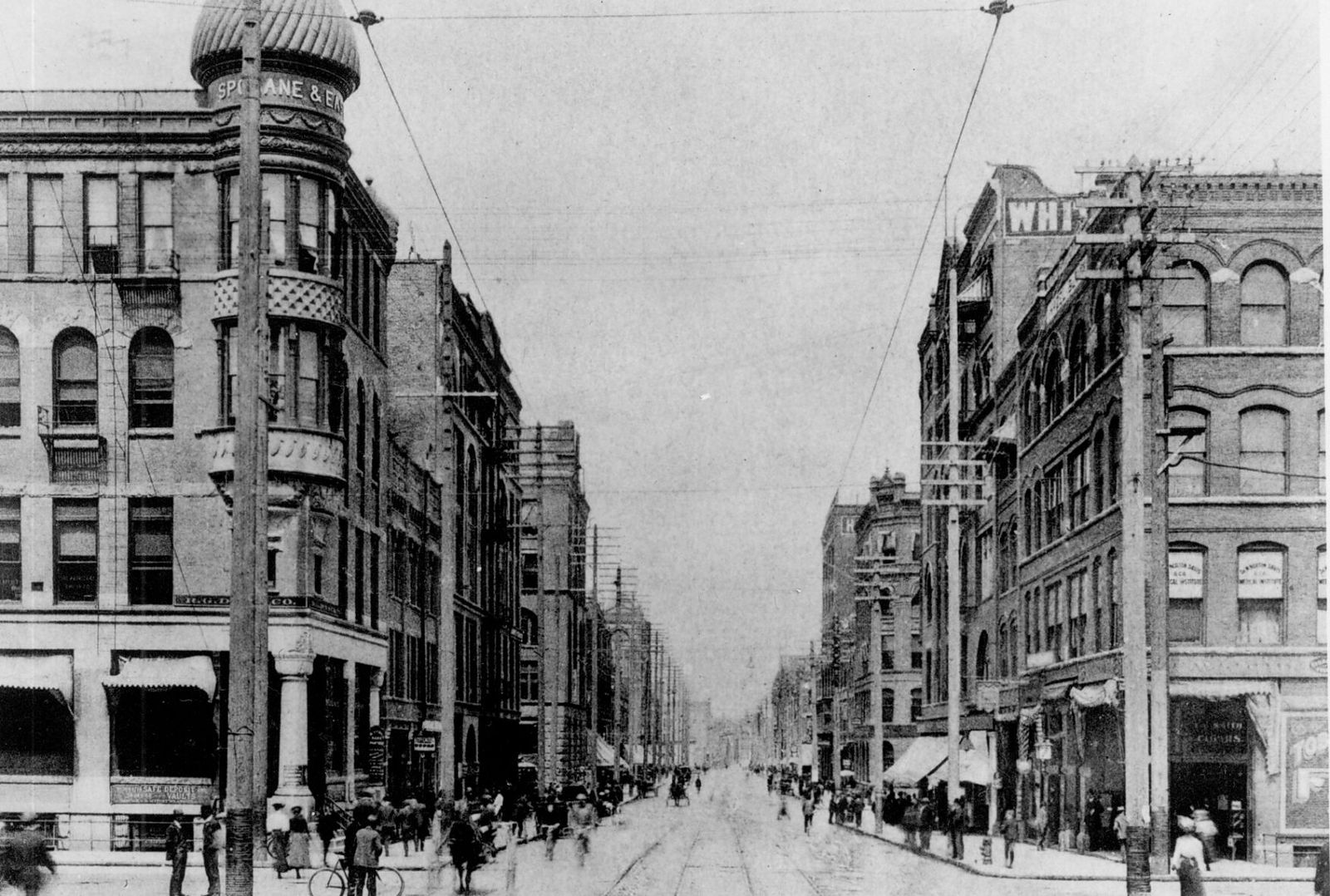 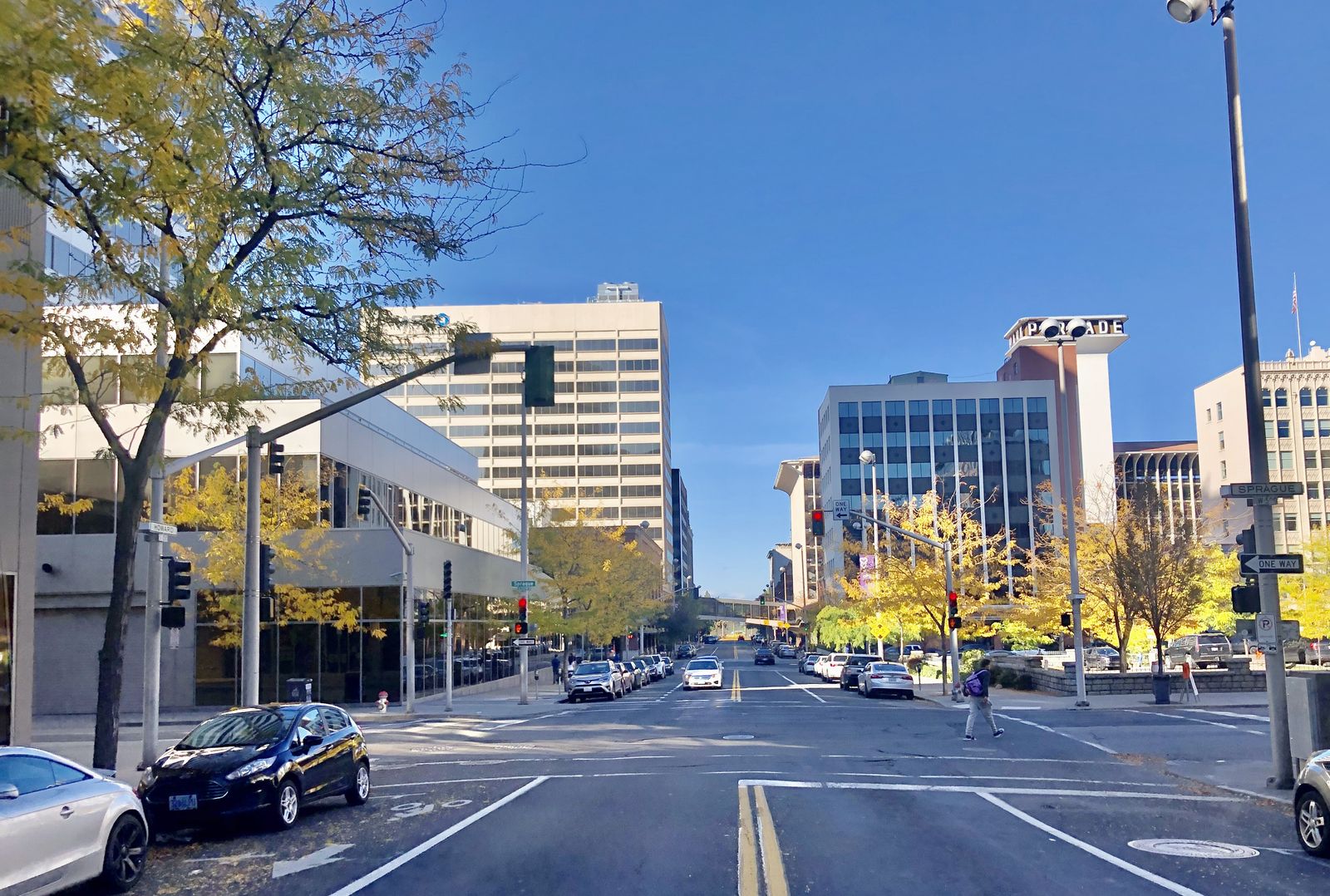 Then and Now: Cushing Block

John Phoenix Moore Richards, born in New York, arrived in Spokane in 1889. Even after the great fire that destroyed the downtown, he saw the potential for a new bank. Richards, known as “J.P.M,” and his partners and investors founded the Spokane & Eastern Trust Co. in 1890. “Eastern” in the name referred to investors from back east.

In 1895, his company bought and moved into the Cushing Building on the northwest corner of Sprague and Howard.

Theodore Cushing’s building was typical of some other banks. The first story was faced in granite to imply strength and solidity. It took several steps up from the sidewalk to reach the lobby to add a sense of grandeur. Eccentric architect Kirtland Kelsey Cutter added a decorative round tower topped with an onion dome on the corner of the building.

Cutter, who designed many buildings and upscale homes, was often lured toward the exotic, such as the Mission Revival style he put on Louis Davenport’s restaurant. For the Cushing, the onion dome and repeating patterns wrapped around the corner tower were emblematic of Moorish Revival.

The Spokane & Eastern Trust Co. needed more space than they had rented in the First National Bank on Riverside and Cushing was in financial trouble, so Richards and his partners bought Cushing’s building in 1895. In 1914, Spokane & Eastern merged with Traders National bank and built a new home at Howard and Riverside.

In 1931, Spokane & Eastern built a modern art deco building at the Riverside corner. During the Depression, Spokane & Eastern merged with Seattle First National Bank, later called SeaFirst. The entire block was cleared for the SeaFirst Financial Center in 1980. The name was changed to the Bank of American Financial Center in 1998 after another merger.

The Cushing was torn down in 1923, partly because no commercial tenants wanted the steep stairs from the sidewalk.