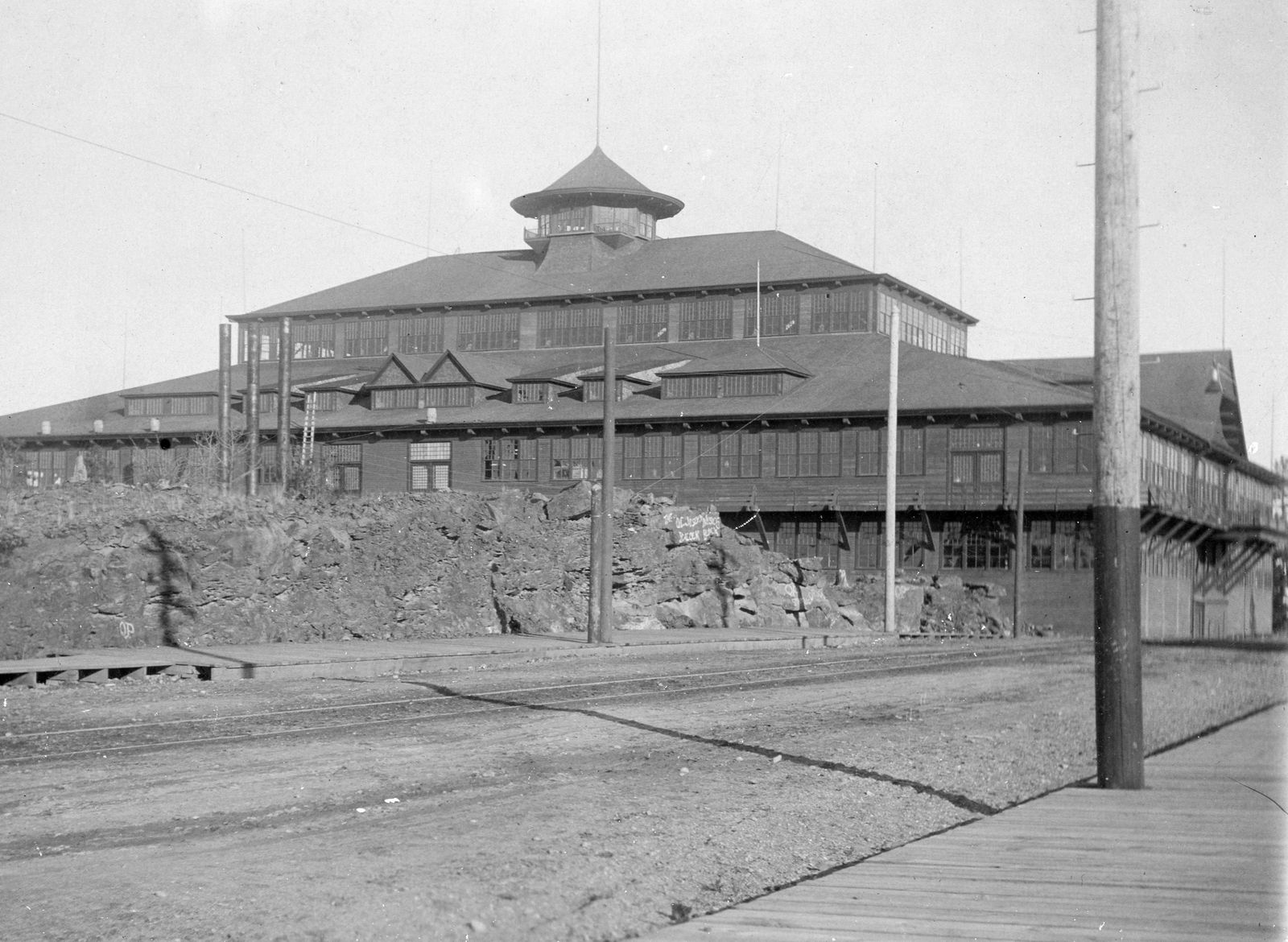 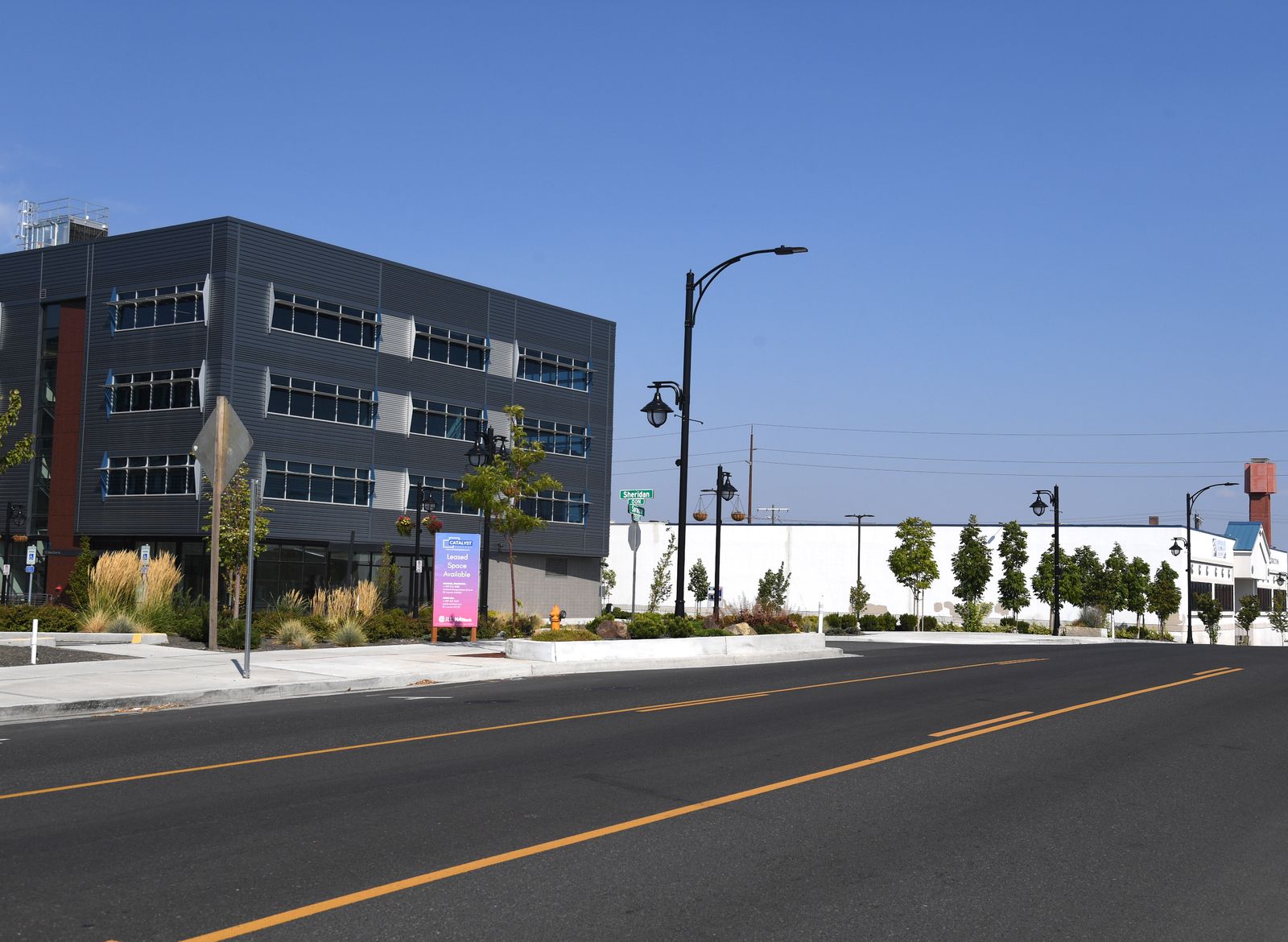 Then and Now: Exposition Building

Though the Exposition building lasted only a few years, it represented the drive and vigor of Spokane’s 27,000 citizens as they rebuilt the city after the devastating fire of 1889.

As workers cleared the rubble and began rebuilding, business leaders brainstormed ways to revive the economy. Out of these talks came the 1890 Northwestern Industrial Exposition of Spokane Falls. With no venues still standing, the organizers needed a new building for the scheduled Oct. 1 opening date.

The group raised funds by selling $25 shares, with $2.50 down and five dollars each month until paid off.

Real estate man L.C. Dillman donated a piece of rocky land along Sprague Avenue, east of the downtown area. Architect Chauncey B. Seaton designed a cavernous wooden structure to house the exposition. By May, the building was under construction.

In August of that year, Spokane’s carpenters went on strike over pay. They were getting three dollars for a 10-hour shift and wanted a nine-hour shift for the same pay. They withdrew from the Exposition job Aug. 17 and work ground to a halt.

With less than six weeks to opening day, the Exposition committee made a public appeal: “All good citizen are requested to appear at the Exposition Building tomorrow at 7 a.m. with or without tools, to do whatever is in their power to aid in completion of the building.”

More than 350 volunteers, both men and women, turned out in a desperate final push. Some 200 carpenters also volunteered, possibly because the strike threatened “an enterprise dear to the public heart,” according to Spokane Chronicle writer Rowland Bond in 1962.

The 200x300-foot building was finished on time and 12,000 visitors walked through the exhibits on opening day. The show stayed open until Nov. 3.

After the show, the city bought the hall and land for $75,000, hoping it could be used for meetings and sports events.

The hall burned down in just minutes on Sept. 11, 1893. The cause was never determined.