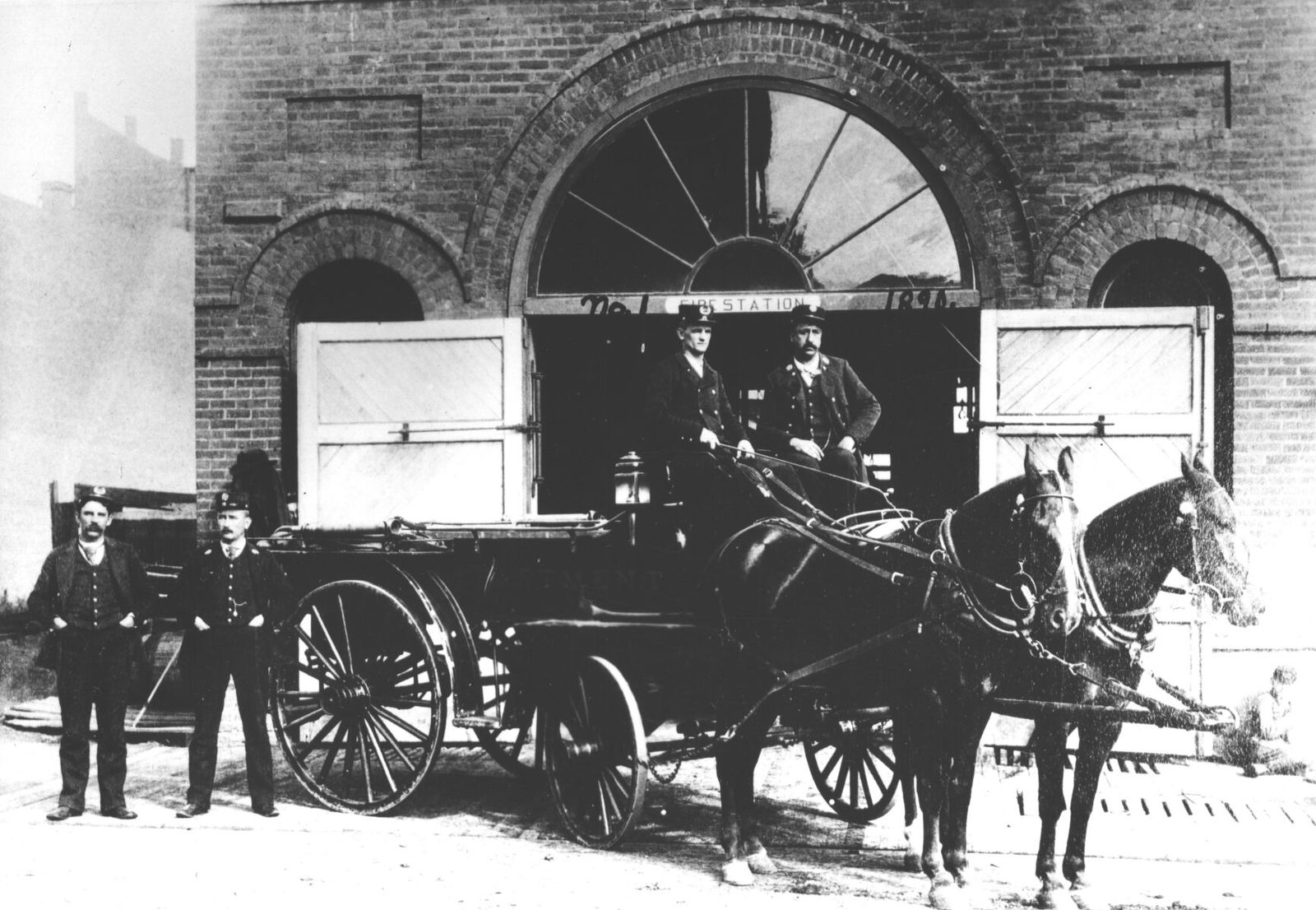 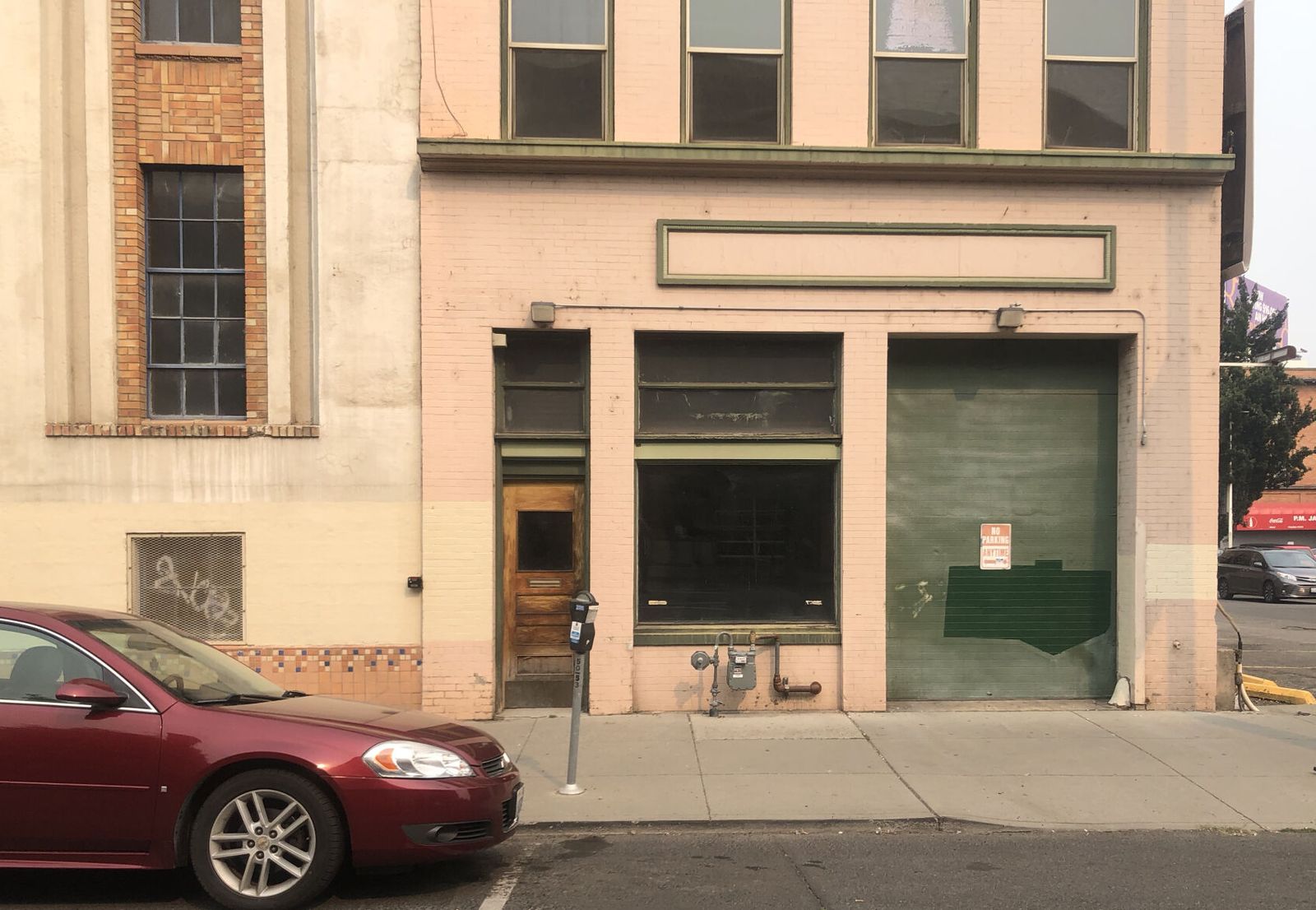 Then and Now: Fire Station No. 1

After the flames of the great fire of 1889 tore through more than 30 buildings in downtown Spokane, businesses were ordering millions of bricks to fill the downtown area with fire-resistant buildings.

Meanwhile, the smoldering city was waking up to the realization that the volunteer fire service, even if it had the right equipment and water pressure, was wholly inadequate to battle the massive fire. A professional fire service was a necessity. The mostly volunteer force had been established in 1884, and only had a handful of hose reels and ladders stationed around the city. To protect the city, well-trained firefighters and fresh horse teams needed to be on standby at all times.

The small building at 418 W. First Ave. wasbuilt in 1890 as the city’s first dedicated fire station. The narrow brick structure went up quickly in 1890 and featured living quarters for firefighters upstairs. There was a brass pole to slide down into the equipment bay where a full-sized fire wagon could be stored at the ready behind broad doors facing First Avenue.

A major step forward was a new station and headquarters built on to the 1894 Spokane city hall, centrally located and with a staff to monitor the city’s 14 call boxes spread around the city.

Though elegant, the design of Station No. 1 had its flaws, as Spokesman-Review writer Stefanie Pettit detailed in her history of the building in 2008.

The building, at 32-by-76 feet, was too small for housing a team of horses and was not spacious enough for more modern firefighting equipment, especially when horses were supplanted by automobiles in 1911.

During the Great Depression, the department was forced to close four fire stations, including Fire Station No. 1 in 1933, approximately 43 years after it was opened. For several years it was used as a gymnasium for boys.

The building was put to used as a production plant by Riley Candy Company from the mid-1940s until around 1965, then sat empty until 1972, when it was remodeled into a retail store for Bank and Office Supply Co, then a greeting card store, Tik Tik clothing design and manufacturing.

It was most recently used by Gemelli Coffee Roastery.