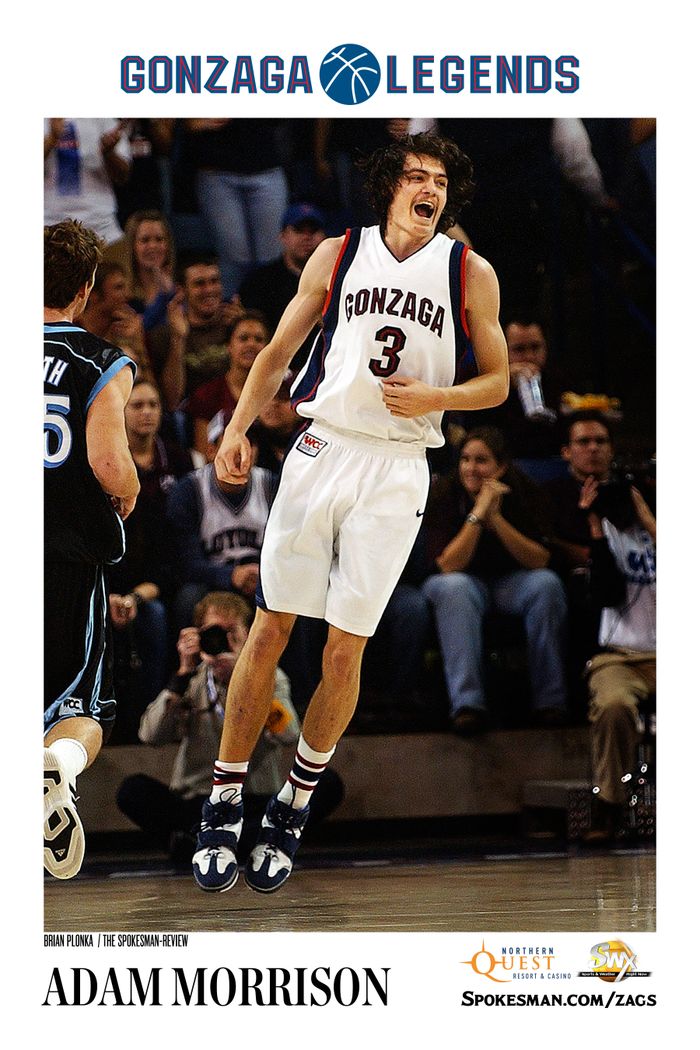 Bio: A Mead graduate, Adam Morrison was the hometown hero for Gonzaga, leading the nation in scoring in 2006 with 28.1 points per game. He and Duke’s J.J. Redick were co-players of the year in 2006. He was a member of the AP All-America First Team that year as well. His 1,867 points rank him third on Gonzaga’s all-time scoring list.
Dan Dickau on Morrison’s significance: “With Adam being Player of the Year, you’re only looking at a handful of programs in the country the last 25 to 30 that have legit player of the year type candidates.”