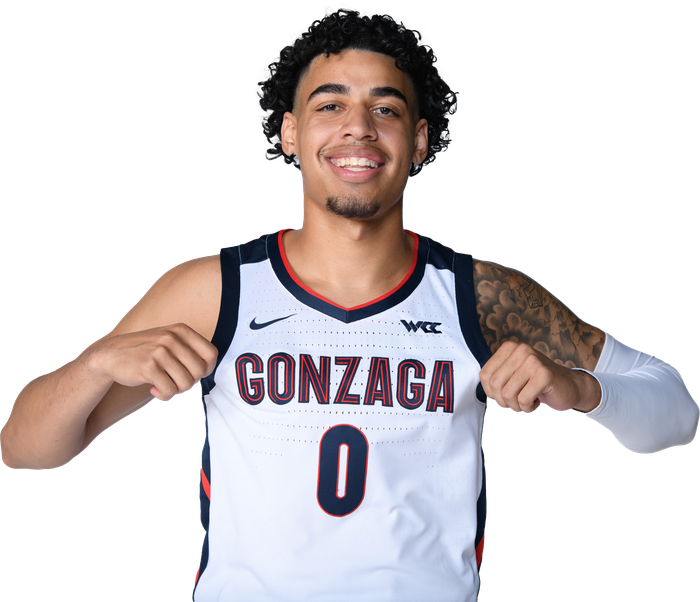 So. Scouting report: Score-first wing could be a viable starting option for Bulldogs in his second season after proving to be a reliable 3-point shooter last year.
Fr. Scouting report: Averaging only 3.5 minutes per game, Strawther earned more floor time in many of Gonzaga’s WCC blowouts, scoring in double figures twice, against Portland (12 pts.) and San Diego (11). Was arguably at his best in the first round of the NCAA Tournament, connecting on 3 of 4 from the three-point line and scoring nine points with two rebounds against Norfolk State. The former four-star prospect should be a candidate to start in 2021-22 and offered more glimpses of his potential during Kraziness at the Kennel, scoring 11 points on 5 of 9 shooting while snatching five rebounds.