As news broke Tuesday afternoon that talented Gonzaga big man Killian Tillie would miss a significant chunk of the season following surgery for an ankle fracture, a sense of Zagony set in since our annual college basketball section – which you’ll find tucked into Thursday’s print edition of The Spokesman-Review – was already out the door for an early press run.
Josh Perkins doesn’t always tell you how he’s feeling – though he’s routinely a post-game go-to for media – so much as show you. It’s one of the reasons he’ll begin his senior season the same way he’s entered every game since eighth grade: By writing “Prove Them Wrong” on his wrist tape.
Gonzaga pretty much went unbeaten in the offseason, until Tuesday’s news that junior forward Killian Tillie will miss eight weeks with a stress fracture in his ankle.
That’s right. We decided to have the Gonzaga Bulldogs line up by height. Or rather, we lined them up.
The way Laura Stockton sees it, if she makes some noise this season, so will Gonzaga.
But for 20 consecutive years now, a Gonzaga basketball team has been in the NCAA tournament, and nearly as often as not, played into the second weekend.
The Zags are going for their third straight West Coast Conference regular-season and tournament titles, and they have just the personnel to do it.
In the past, Washington State hasn’t always had the size, the length and the athleticism to combat the Pac-12’s elite big men, but this season the Cougars should at least be 2-for-3 there.
When EWU begins its 2018-19 campaign Nov. 6 at national power Syracuse, the Eagles will have four returning starters who averaged less than double figures.
An Idaho Vandals team that was going to be light on experience in the best of circumstances has the additional challenge of managing the loss of its best returning player to a career-ending illness.
Older › 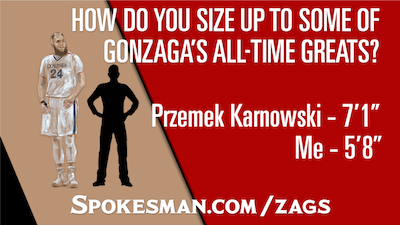 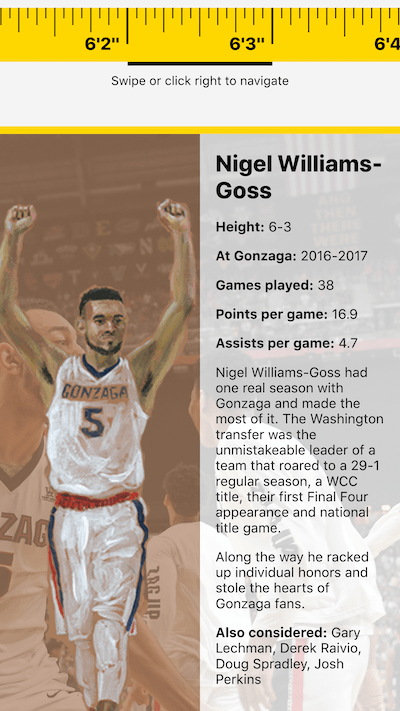