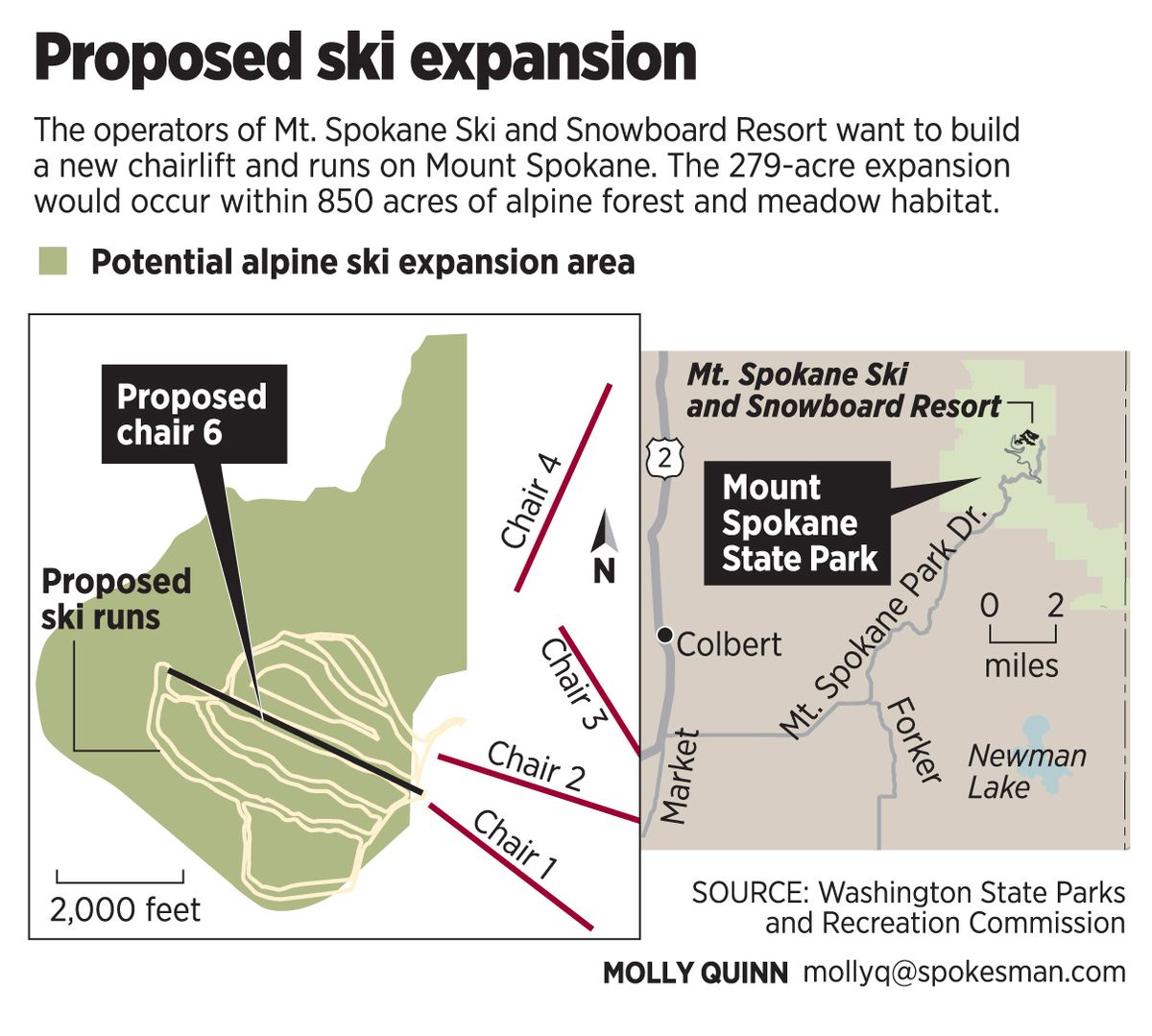 May 19: 9:15 a.m. to 10:15 a.m., during commission meeting at CenterPlace, 2426 N. Discovery Place. After the public testimony ends, commission members are expected to discuss the proposed expansion and make a decision.

A proposal to expand Mt. Spokane Ski and Snowboard Park could end up as a compromise that allows a new chairlift and runs but protects areas of old growth forest from development.

Operators of the nonprofit ski area want to expand into the undeveloped northwest side of Mount Spokane State Park, saying the expansion would extend Mt. Spokane’s season by giving skiers access to deeper snow on north-facing slopes.

The Washington State Parks and Recreation Commission’s staff suggested allowing the new lift and runs on 279 acres. But they recommended designating some portions of an 850-acre study area as “natural forest” to help preserve wildlife habitat.

Deb Wallace, a commission planner, didn’t have the exact acreage but said the area recommended for “natural forest” includes the downhill terrain from Chair 4 Road.

In addition to the alpine skiing expansion, trails for snowmobiles, mountain bikes and equestrians could be allowed in the 850 acres. The proposal would permit low-intensity development, such as vault toilets and snow huts, but not lodge facilities.

The Parks and Recreation Commission is expected to make a final decision May 19 in Spokane.

McQuarrie said he was still digesting the staff’s recommendation Wednesday but had questions about how the proposed designation would affect ski terrain maintenance.

Allowing the ski area expansion is likely to diminish the habitat, according to a report prepared by the commission’s staff. But the report also said that impacts to habitat are an inevitable tradeoff of encouraging more people to participate in outdoor recreation.

The ski area is operated by Mt. Spokane 2000, which would be required to pay for any improvements. The nonprofit board is headed by Jim Meyer, husband of Betsy Cowles, the chairwoman of Cowles Co., which owns The Spokesman-Review.