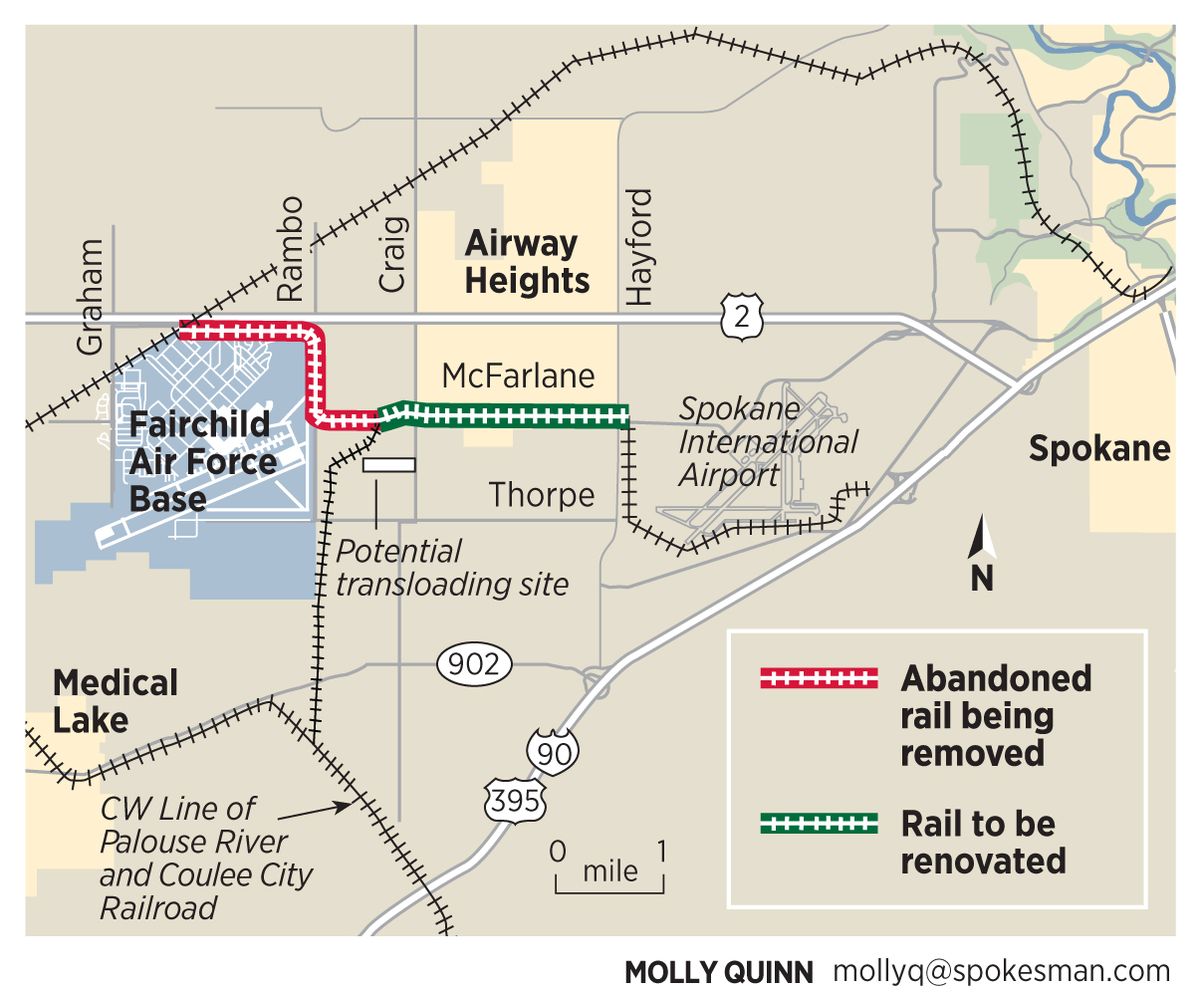 Spokane County’s long-running Geiger Spur railroad realignment project is about to pull into the station.

Crews are removing a little over two miles of abandoned tracks from Fairchild Air Force Base in the final leg of a journey that began more than eight years ago.

The track removal started about three weeks ago and reached a climax Wednesday and Thursday. Fifteen-foot sections of track attached to concrete “crossing panels” were lifted out of the high-traffic roadway at the base’s main entrance.

Fairchild is the equivalent of a city bigger than Airway Heights, with only one way in and out. Consequently, subcontractor Ted Condon had to keep two lanes of the 100-foot-wide road open while his crew hoisted five-ton sticks of steel and concrete.

The sidewalk-like crossing panels were already in 15-foot sections, but the steel rails had to be cut with torches.

He expects Iron Horse’s part of the job to be done in a couple of weeks, but said prime contractor L&L Cargile will be on the job until mid-October to dig out the old rail bed and restore the landscape. Cargile won a $277,390 contract from Spokane County, which had agreed to remove the abandoned track as part of a deal to save the Geiger Spur.

County commissioners undertook the project to save as many as 400 jobs in businesses that depended on the spur line. Air Force officials wanted the track off base to improve security, and the BNSF Railway preferred to abandon the line rather than move it.

About 3  ½ miles of new track was laid, leaving 2.3 miles of badly deteriorated track that county officials hope to renovate next summer. Coles said the county has obtained a $198,000 state grant and a $180,000, 15-year state loan that is expected to have an interest rate around 1 percent.

County officials hope to salvage 1,500 ties from the Fairchild track removal and reuse them in next year’s project.

The renovation is expected to reduce the county’s $36,000-a-year average maintenance cost to about $11,000 a year.