This video was taken by a witness to an officer-involved shooting in northwest Spokane on March 26, 2014. It shows a man leaving a single-story house who is then fired upon several times. WARNING: This video is graphic and contains adult language.

Police officers shot and killed a robbery suspect Wednesday night outside a home in north Spokane.

Police said they had been watching the man in a home at the corner of Maple Street and Grace Avenue. He was suspected in the Tuesday armed robbery of the Baskin-Robbins ice cream store along North Monroe Street. 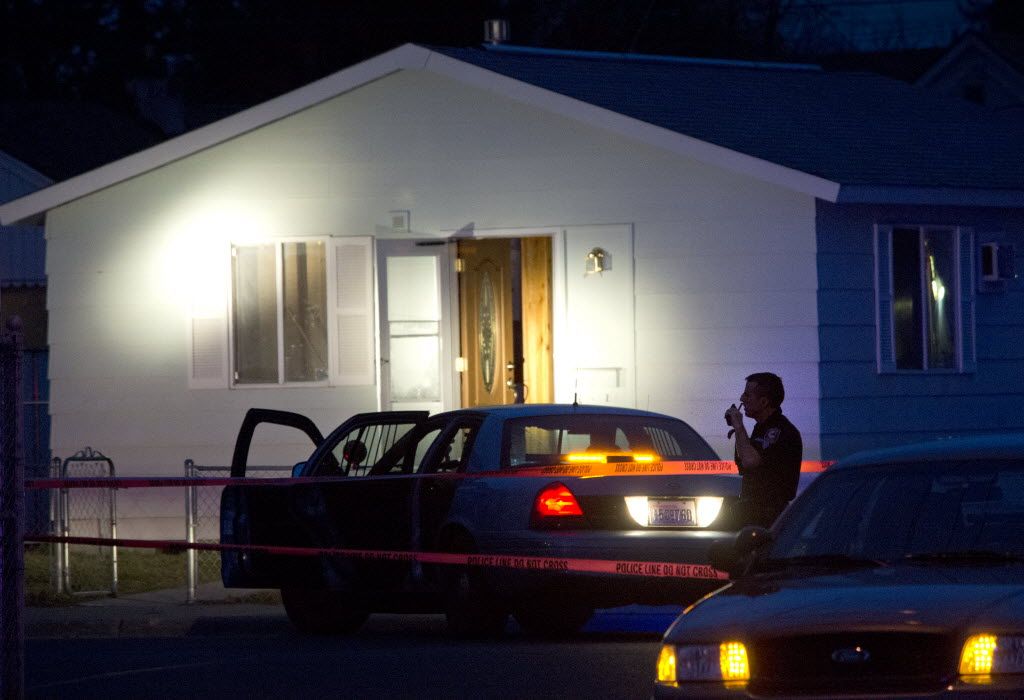 At about 7 p.m., police used a PA system in an effort to negotiate the man’s surrender. Instead, the man came outside and refused to comply with police orders, according to spokeswoman Monique Cotton.

Witness John Svavarsson said he was driving by the home when he saw about 10 officers converge on the home. He stopped and stood on the sidewalk across the street, watching the scene. One of the officers tried to talk the man out of the house, telling him to come out, Svavarsson said.

The man walked outside expressionless as officers yelled “Drop it! Drop it!” Svavarsson said. “He was blank.”

Police officers then fired multiple shots and hit the suspect.

“At some point the officers believed their safety and the safety of the community was at risk,” said Chief Frank Straub.

Police are not identifying the man.

Several medics and officers applied First Aid, Cotton said in a news release. A handgun was found nearby, police said.

Straub said officers had been watching the man for hours and were in the process of obtaining a search warrant for the home. The SWAT team was on the way because the suspect was known to be armed, he said.

There have been 11 armed robberies in the past month in Spokane.