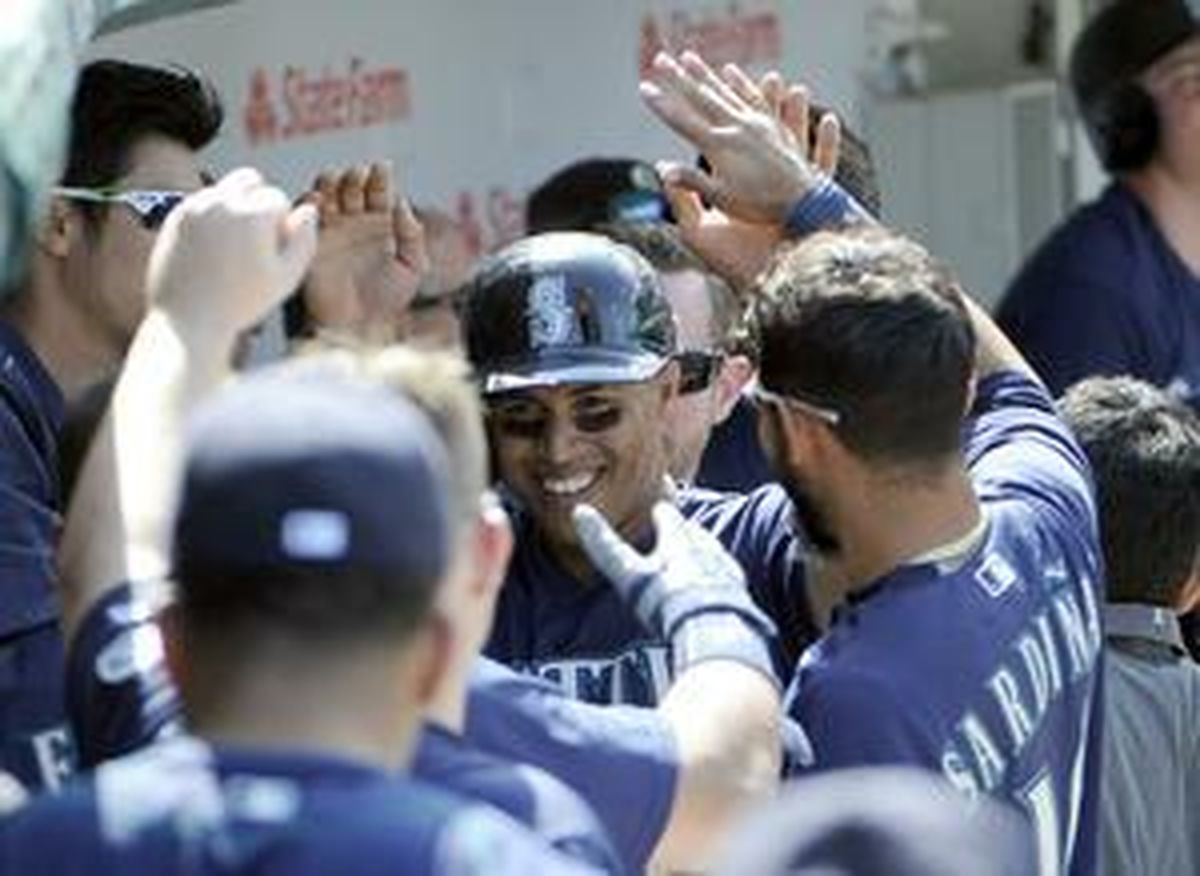 “We had the right up guy up there. We had the Cuban against the Cuban,” Mariners manager Scott Servais said. “He has put good swings on velocity all year.”

Cubs manager Joe Maddon brought in Chapman, hoping he would convert his second four-out save since being acquired from the Yankees.

“That part of the batting order just yells his name. That’s the whole point,” Maddon said. “To go through that moment and he’s available and to not utilize him and then lose the game, I would have been really upset with myself.”

Chapman allowed Martin’s double to left-center on a 99.6 mph pitch, which put Seattle ahead 2-1.

“I tried to swing at a strike, a choke swing, and he threw me a strike,” said Martin, who added he faced Chapman once before “a long time ago” in Cuba.

Martin stole third and scored on Chapman’s wild pitch. It was a low point in an uneven debut week in Chicago that included a save against the White Sox an an awkward interview with reporters about the domestic violence case that led to a 29-game suspension.

“It’s not my favorite thing to do, but that’s my job and it’s the manager’s decision,” Chapman said through a translator of coming on in the eighth. “I’m ready to do anything.”

Edwin Diaz struck out pinch-hitter Anthony Rizzo and Dexter Fowler with two on to end the eighth. Steve Cishek worked around a hit in the ninth for his 25th save in 30 tries. Chicago had won its previous three games.

Miley allowed one hit over seven innings with a season-high nine strikeouts. He had lost his previous six starts since beating Cleveland on June 7.

“I tried not to think about it,” Miley said of the potential no-hitter. “The guys in the dugout were getting farther and farther away from me, and I didn’t like that at all.”

Arrieta (12-5) allowed two runs, two hits and three walks in seven-plus innings with four strikeouts. He fell to 0-3 with a 4.88 ERA in five starts during July.

Fowler initially was called out by plate umpire Lance Barrett on Baez’s grounder, but the call was overturned in a video review.

Chicago had a second run off Miley wiped out by replay when Bryant, trying to steal home on a pickoff throw to first, was thrown out at the plate in the seventh.

Mariners ace Felix Hernandez (5-4) is to start the series finale Sunday night against LHP Brian Matusz, who will be called up from Triple-A Iowa. That will give Kyle Hendricks and the rest of the rotation an extra day’s rest. Maddon said RHP Justin Grimm will be optioned to Iowa.