PULLMAN – Since it was only the first week of school, when classes consist primarily of group introductions, being out in the wee hours of a Wednesday was merely a bad idea.

Drinking alcohol was a choice Shalom Luani was far from alone in making in those early hours. The folks working graveyard shift at the Dominos Pizza on College Hill in Pullman will tell you that rude behavior is hardly a rarity.

A security video shows that Luani started a ruckus when his order was late, and the people also waiting for their orders began to egg on the troublemaker. Folks started to prod Luani as he tried to exit and, cornered, he violently struck the face of his most aggressive tormentor.

A group of men followed Luani outside, and moments later he was shirtless and bloodied after sustaining multiple hits to the body and face.

When the police arrived they arrested Luani, the only person who struck a blow in front of the security cameras.

This is not an infrequent scene – similar scuffles have probably played out multiple times in Pullman since that morning in late August. But the stakes are rarely so high.

For the Cougars, it meant potentially losing their best playmaker on a defense who badly needed him – as illustrated in the team’s season-opening loss to Eastern Washington, in which Eagles receiver Cooper Kupp caught three touchdown passes. Luani was suspended for that game and his status for future games was uncertain.

For Luani, it meant the possible collapse of a delicate plan spent years in the making. One that he hopes takes him to the NFL, but has no margin for error.

Because athletes are public figures, their legal issues come with all the extra baggage of having their alleged crimes broadcast forever on TV, online and in print. 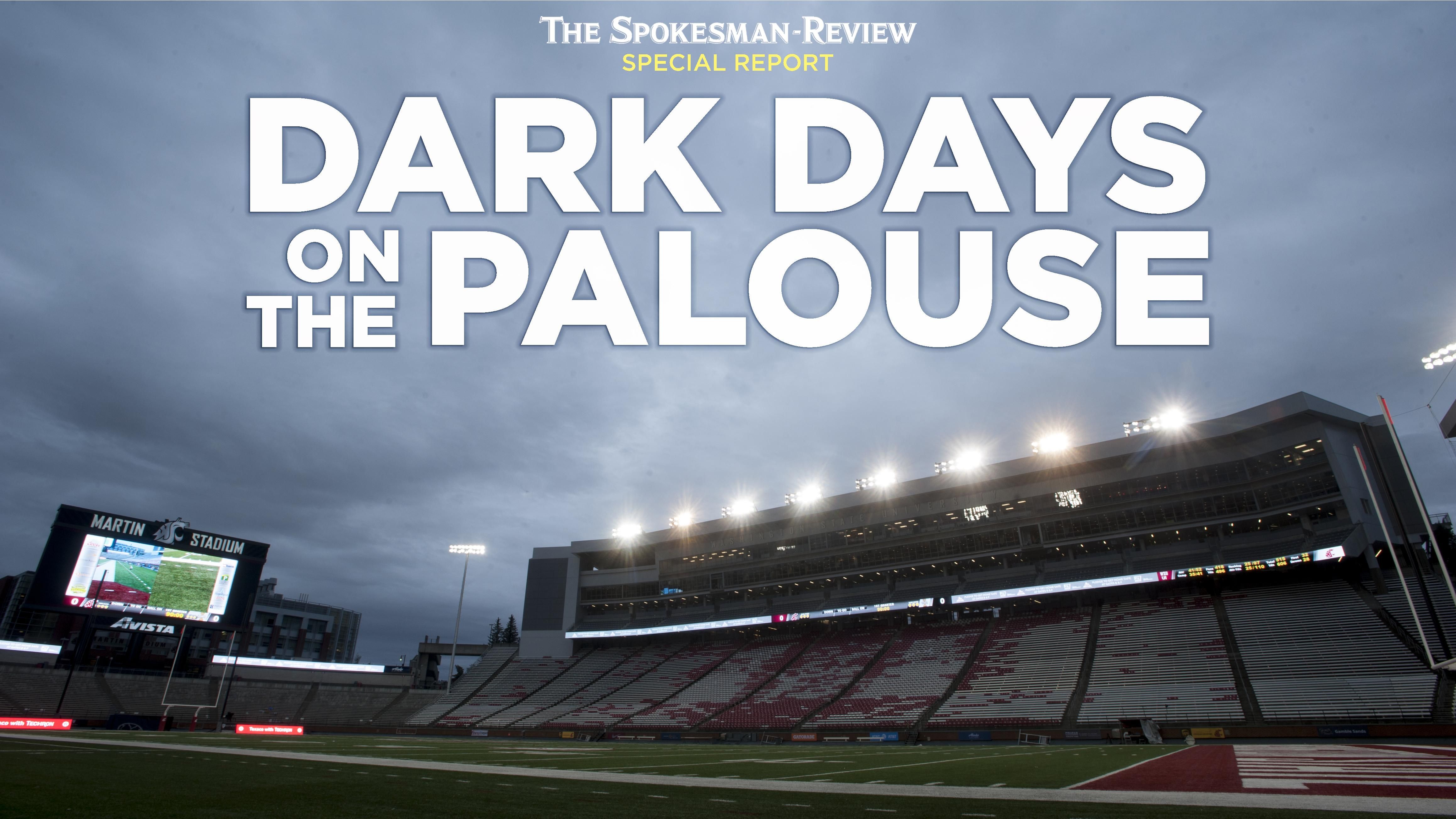 Additionally, because football players at major universities are given tuition, board, food, clothing, stipends, alumni connections and the small chance to make millions of dollars right out of college, they risk more than the average student who makes a dumb decision in college.

And few have more to lose than Luani.

As he jostled for sleeping space on the floor of the garage in a townhouse meant for two people that he shared with 20, Luani repeatedly reminded himself that his dream was worth it.

Worth giving up a good life in American Samoa where he was the international soccer team’s brightest young star.

Worth telling his parents, Pentito and Niukini, that he would be leaving in one week, that he had no ticket back, and so it would certainly be years before they saw each other again.

Worth getting on a plane and flying to Austin, Texas, to play for the Under-19 national team against the Americans, French and Panamanians in the International Federation of American Football world championships, knowing that he had to do enough in those three games to convince some American college coach to give him a spot.

“Did not have a college,” Luani said. “Just left to find something.”

Luani was named the Most Valuable Player in the game against the U.S. team, as much for his punting as for his four tackles or the 25 yards he gained on a fake punt. The performance was enough to garner Luani a spot at Chabot College, a typically successful junior college in Hayward, California, where he could hope to attract the attention of a four-year school.

Social connections and community support are deeply valued in American Samoan culture. If you have a friend of a friend who lives on the island, you’ll find a feast and a party waiting for you upon arrival. The families are big, and you are a brother or sister even if the relationship is not biological. 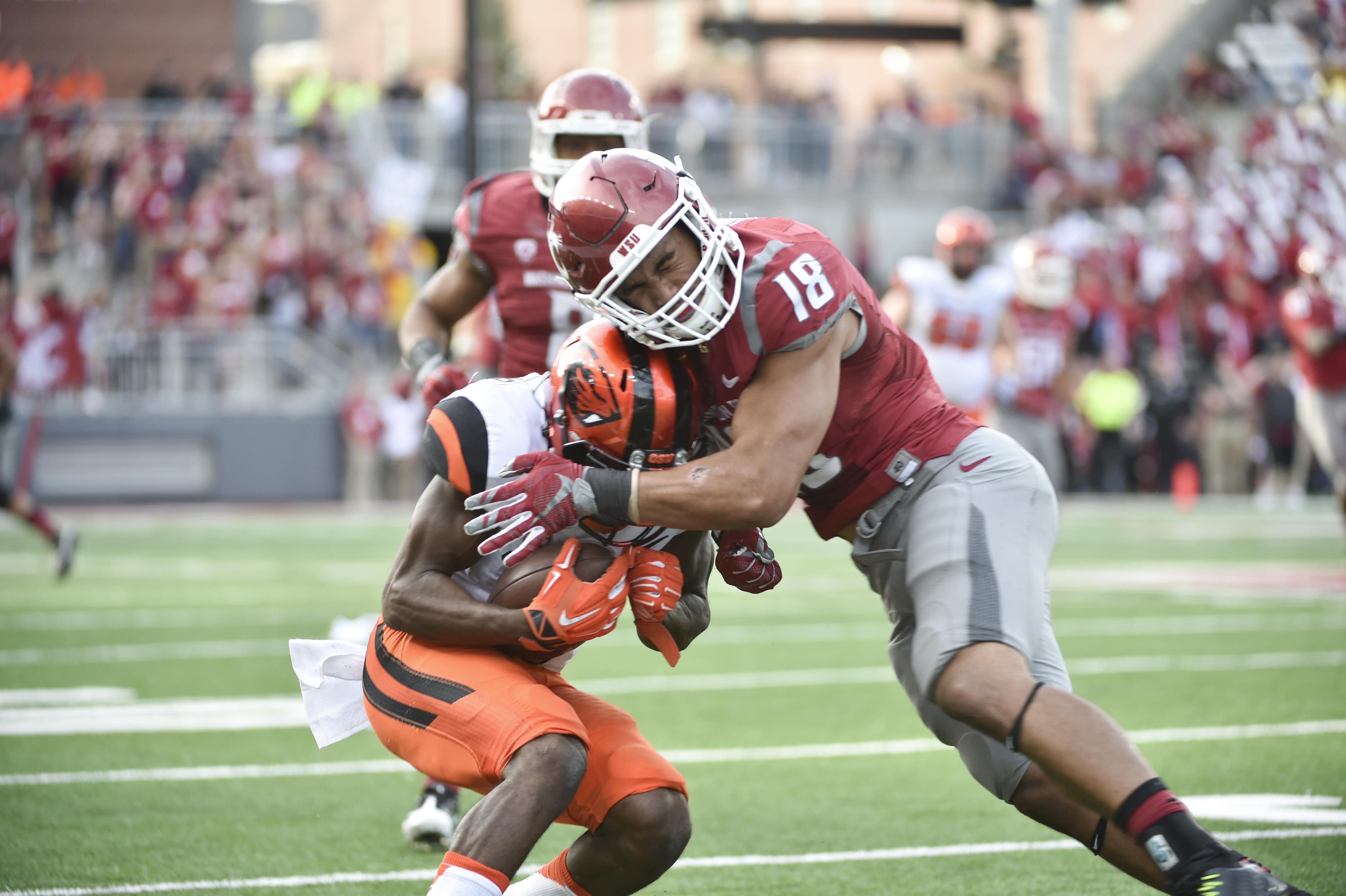 WSU has seven players on its roster who were born in American Samoa. | Read more »

Maybe that collective nature made it easier for Luani to slum it in that overstuffed apartment in Hayward, California. When Luani and his 20 roommates were evicted for breaking occupancy rules, Luani came perilously close to being without a home, a ticket back to American Samoa or even a team.

A living situation was not even the most pressing of Luani’s concerns. He could not afford tuition at Chabot, so he was allowed to practice with the team, but he could not play in games. A chance introduction solved both problems.

One of his many roommates had introduced Luani to a local pastor and his family, who were willing to take in the young safety. The pastor’s brother-in-law was a coach at the powerhouse City College of San Francisco, and he recommended Luani try out for the team.

Two years later, a number of prominent college football teams were offering Luani a football scholarship. In Pullman, he found the best combination of family atmosphere, academic support and a seemingly trouble-free environment to keep his dream of playing professional football on track.

By getting to a Pac-12 school, earning a starting spot and putting together an honorable mention All-Conference junior season, Luani has already successfully navigated the most difficult part of NFL journey.

Not that his aspirations had suddenly become easy.

He has not seen his parents in years and to even talk with them requires a three-way conference call connection with a brother who lives in Arizona. He sends what little stipend money is left over after rent and utilities are paid for back to Pentito and Niukini, an early taste of what he hopes to someday provide for his family.

“It’s not an easy life still. Coming from junior college, I had been struggling a lot with money,” Luani said. “Coming here, I feel like it’s a lot easier. That’s why it’s so fun. Getting a scholarship, not having to ask my parents or anybody for anything.”

And it was that security, more than anything else, that Luani risked that Wednesday morning when he struck a tormenter. Fortunately for Luani, the prosecutor decided not to press charges, deciding that a jury could easily view Luani’s actions as self-defense.

Had the prosecutor pressed charges for felony assault, it would have triggered an automatic suspension per WSU athletic department policy until the conclusion of what could have been a lengthy trial.

Luani shocked his parents when he gave up his life in American Samoa to pursue a life playing football in the mainland United States. Four years later he’s made a life for himself, and is closer than ever to achieving his goals.

“They were surprised that I made it this far,” Luani said. “I’m just going to strive to go as far as I can go and play my heart out.” 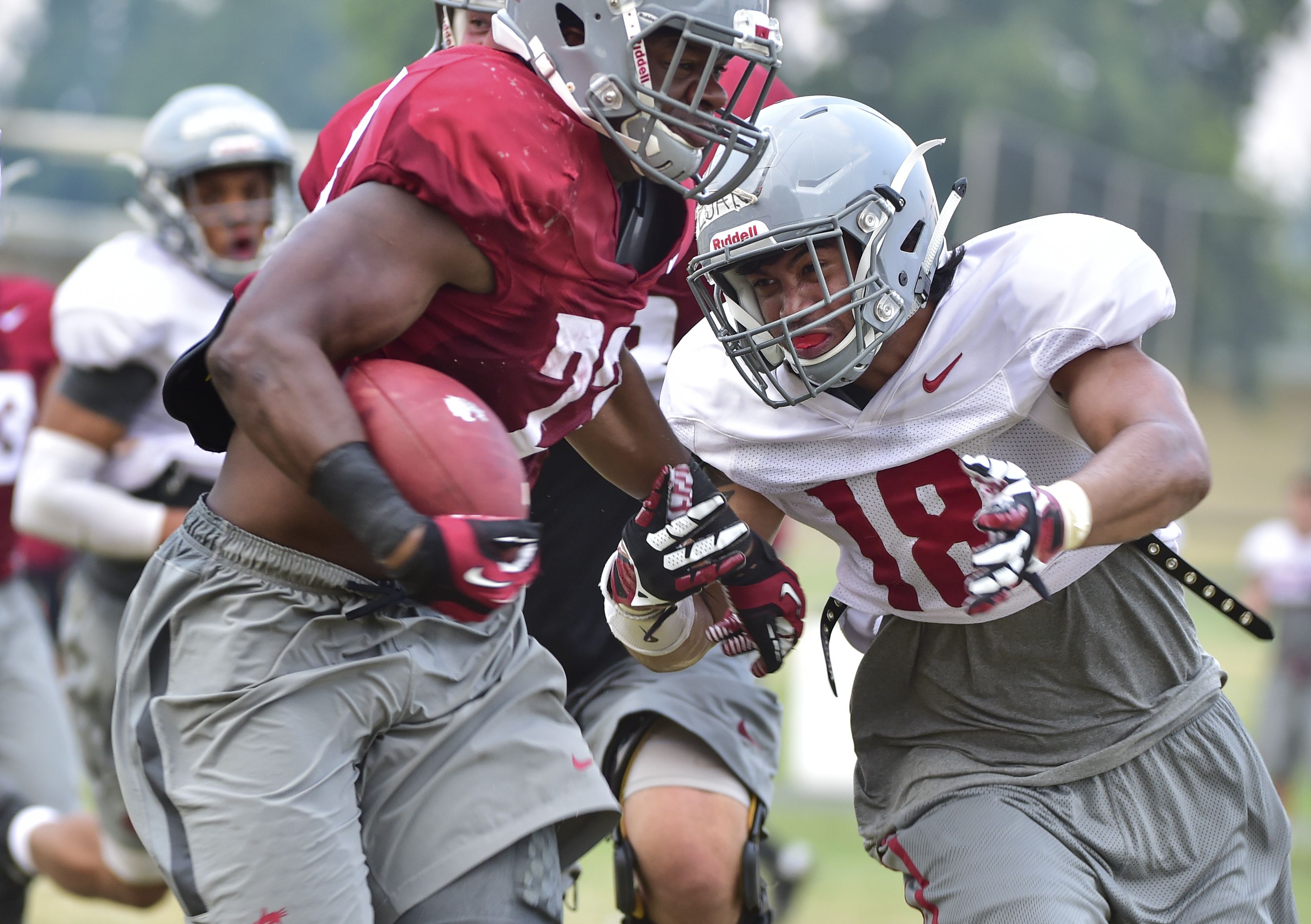