Cooper Kupp is taking his act to Hollywood.

The Los Angeles Rams selected Eastern Washington’s record-breaking wide receiver early in the third round of the NFL Draft, capping a dramatic Friday night for Kupp and his family.

Coincidentally, the Kupps were watching the draft from a beach house in nearby Newport Beach, Calif. Now they’ll have a short drive this weekend to meet with team officials.

“We are just so thrilled,” said Cooper’s father, Craig, a former NFL quarterback who knew the same feeling a generation ago. 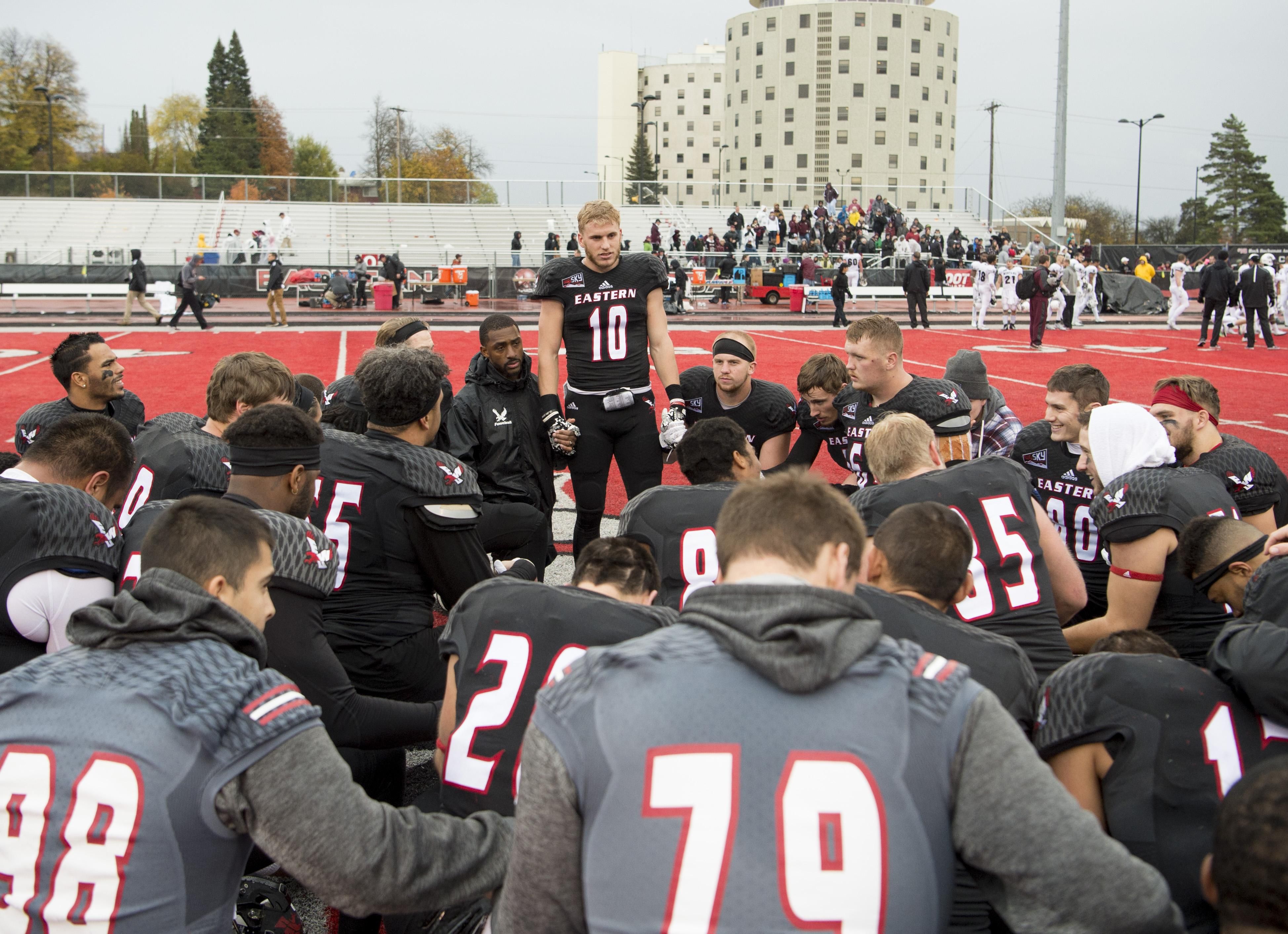 For Cooper Kupp, the EWU experience has been about relationships, on and off the football field. | Read more »

Since then, Cooper honed his craft at Davis High School in Yakima and for the last four years at Eastern Washington.

“He’s just worked so hard for this since he was a freshman in high school,” Craig Kupp said. “And it’s so great that he’ll be able to stay on the West Coast.”

The good news came after a two-day wait that began Thursday night. Three wideouts were chosen in the first nine picks of round one, but only two were taken among the next 53 players.

Kupp’s last shot at the second round fell by the wayside when Pittsburgh took JuJu Smith-Schuster of USC with the 62nd overall pick. By then, six receivers had been chosen, all of them from FBS schools.

Clearly, there were some doubts about Kupp, based on a slow 40-yard time (4.62 seconds) at the NFL Combine.

Kupp tried to dispel them after his selection.

“I pride myself on that preparation and what it takes it be great,” Kupp said in a teleconference. “If people want to question that, that’s fine. I’m just going to go out and do what I do and I believe that opinion will change soon.”

Kupp didn’t have to wait long for his name to be called in the third round; he was the 69th pick overall.

Kupp is the second-highest pick in Eastern Washington history, behind only offensive lineman Michael Roos (second round, 41st overall in 2005). He is the 17th draft pick in EWU history.

Kupp also bested the fifth-round selection of Craig Kupp, by the New York Giants in 1990. His grandfather Jake, who played at Washington, was drafted in the ninth round (116th overall) by the Dallas Cowboys in 1964.

The Kupp trio is only the fifth three-generation NFL family, and only the third family to have three generations selected in the NFL Draft.

“Everything he’s accomplished he’s earned, and he’s earned the right to play in the NFL,” Eastern coach Aaron Best said. “We’re excited for him and know he has better things to come.”

Based on last year’s salaries, Kupp can expect to sign a contract worth between $3 million and $4 million. However, only about one-quarter of that sum is guaranteed.

Kupp will bring another receiving threat to an offense that struggled last season with rookie quarterback Jared Goff and backup Case Keenum.

“Obviously, having Jared at quarterback and just the potential he’s got to be a great quarterback,” Kupp said.

Last year, the Rams went 4-12 while ranking last in the NFL in total offense and next to last in passing yardage with an average of 184.4 yards.

The team’s leading receiver from a year ago, Kenny Britt, is now with the Cleveland Browns.

Kupp is the most-productive receiver in FCS history. His 428 receptions, 6,464 yards and 73 touchdowns are all FCS all-time records.

Kupp, a Washington native, joins a receiving corps that includes Tavon Austin and Robert Woods among others.