The owner of an illegal dam that ruptured last year, damaging miles of habitat for endangered steelhead trout in Asotin County, has been slapped with fines and has agreed to a $2.5 million restoration plan, the Washington Department of Ecology announced this week.

The dam was part of a man-made pond that had been expanded without a permit on a remote piece of private property near Anatone, an unincorporated community about 40 miles south of Pullman. The site once belonged to heirs of the famed writer Ernest Hemingway.

When the dam failed last April, roughly 9.4 million gallons of water rushed downhill through Rattlesnake Creek, wiping out trees and vegetation, moving boulders, damaging a state highway and destroying a bridge that had been the only point of access to a neighboring ranch, officials said.

The creek, a tributary to the Grande Ronde River, is used by steelhead trout for spawning, rearing and migration, according to the Ecology Department. 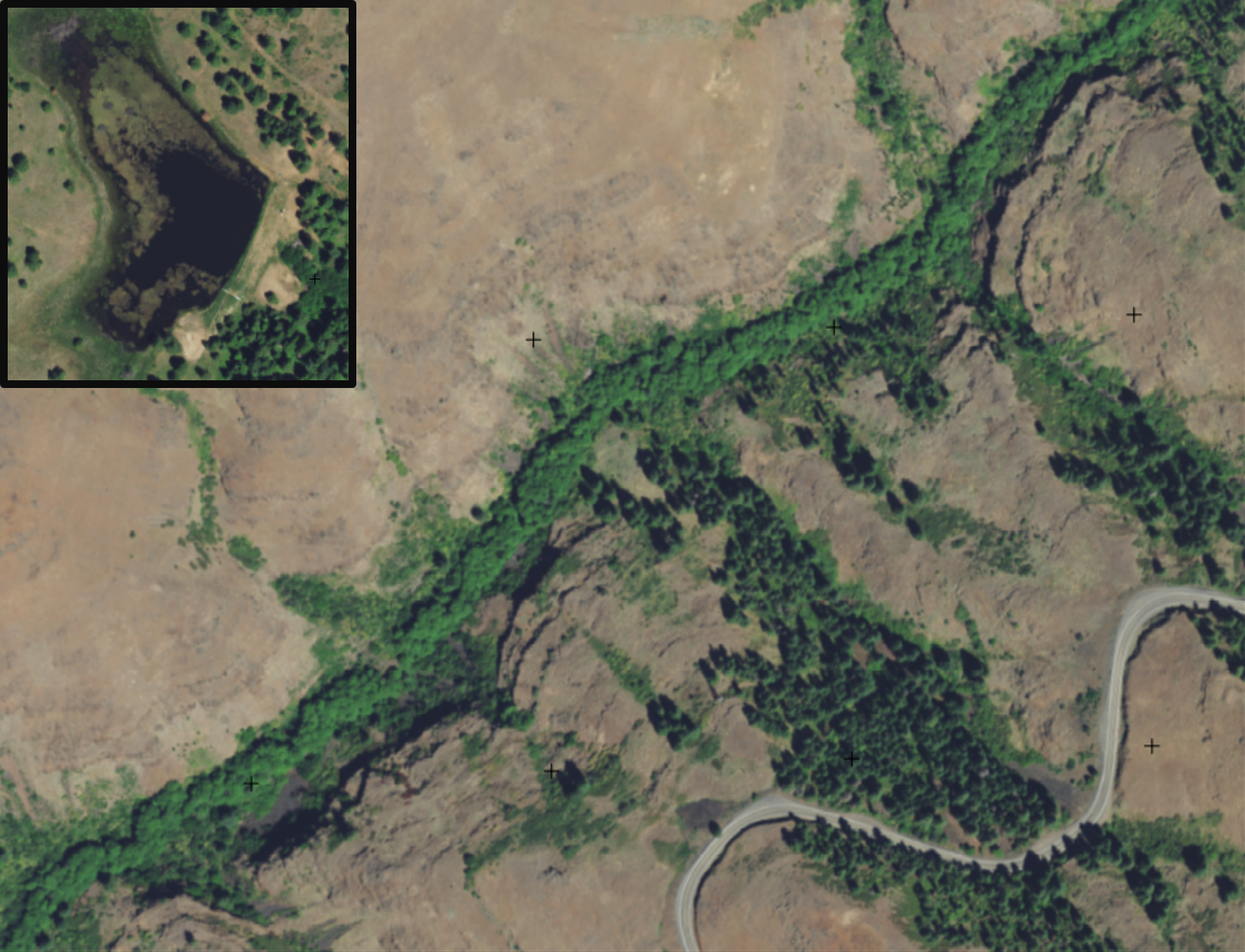 Stephen E. Croskrey owns several thousand acres of land along Rattlesnake Ridge, including the site with the man-made pond, through a limited-liability company, Bonasa Breaks Ranch, which is registered in Ponte Vedra Beach, Florida.

Croskrey is the chief executive of Danimer Scientific, a biotechnology company based in Bainbridge, Georgia, that recently partnered with PepsiCo to develop plant-based food packaging. He has previously held senior executive positions at AlliedSignal, Mobil and Armor Holdings, a maker of law enforcement and military equipment, and he once owned the Jacksonville Barracudas, a minor league hockey team in Florida.

Attempts to reach Croskrey on Thursday were unsuccessful. Property records show he purchased the pond property in late 2004 from Angela Hemingway, a daughter-in-law of Ernest Hemingway.

Her husband, the writer’s son Jack Hemingway, once owned a cabin on the land, though county officials have no record of when the pond was originally constructed, according to the Lewiston Tribune. Jack Hemingway, who died in 2000, was a prominent conservationist and avid trout fisherman.

Brook Beeler, a spokeswoman for the Ecology Department, said the pond and dam were expanded sometime around 2008 without a permit. Afterward, the pond measured about 400 feet by 800 feet.

The dam previously did not require a permit because it held less than 10 acre-feet – about 3.26 million gallons – of water, Beeler said. She said she didn’t know what the pond had been used for, or if it contained fish.

According to enforcement records provided by the Ecology Department, Croskrey agreed this month to pay $15,000 for failing to secure the required permits for the pond expansion, plus $100,000 for violating the state’s water quality laws.

He also agreed to a restoration plan that covers about 6 miles of the creek. The Ecology Department said the plan was developed by a team of local, state, federal and private environmental experts, and is expected to cost about $2.5 million over 10 years.

Croskrey’s company could face additional penalties if it fails to complete the work outlined in the restoration plan. It has hired Rio Applied Science & Engineering, a Boise firm, to remove fish barriers, add structures to provide refuge for juvenile fish, remove invasive weeds and plant native trees and shrubs, according to the Ecology Department.

Last fall, Croskrey also worked with the department to stabilize the dam and reduce it to its original size. Beeler said the landowner will need to coordinate with neighbors and “a multitude of agencies” to complete the restoration work, including the Ecology Department, the U.S. Army Corps of Engineers and the Asotin County Conservation District.

She said about a dozen landowners who use a federal program to conserve land along Rattlesnake Creek no longer would be eligible for certain types of easements because of the damage.

The Washington Department of Transportation secured emergency funding to repair a section of state Highway 291 after uprooted trees and other debris washed over the roadway. A culvert under a hairpin corner of the highway also was damaged, the Lewiston Tribune reported. The log jam happened near Boggan’s Oasis, a popular roadside cafe that is rebuilding after a destructive fire in November.

Madonna Luers, a spokeswoman for the state Department of Fish and Wildlife, said the agency rebuilt a metal bridge that had been destroyed by the dam break. The bridge was state-owned but led to a private ranch.

“We had to act on it quickly at the time because it crossed over from our property, and it was the only way for one landowner to get in and out,” Luers said.

Joe Witczak, a dam safety manager for the Ecology Department, said in a statement: “It’s vital that dam owners work with us to ensure the safety of people and property located downstream. Our dam safety engineers and staff could have helped the owner make the necessary changes to avoid this failure.”