Traverse the bank of the Shannon River in Limerick, Ireland, and you’ll come across the Spokane Walk.

Walk through Riverfront Park in Spokane, and you’ll now find a reciprocal nod to Irish culture in a sculpture of a harp, encased in glass and accompanied by Irish music.

Years in the making and championed by the Spokane Sister Cities Association, the garden features sculptures from partnerships with Limerick, Nishinomiya and the city of Spokane itself. There are plans to add pieces representative of Jilin, Jecheon, and Cagli to the garden, which sits at the northwest end of the Howard Street footbridge.

Among the dignitaries present was Adam Teskey, the deputy mayor of Limerick city and county.

The Irish harp is the final work of Sister Paula Mary Turnbull, who died at 97 in July 2018. It is accompanied by music created by Limerick musicians, playable with the simple touch of a button. That element is reflective of the “sensory experience” the garden was intended to be, said Chuck Rehberg, who helped spearhead the project.

The Celtic harp is displayed on Irish currency, Teskey noted.

“When you come over to spend all of the money that you have, on Irish whiskey at the Jameson Distillery and the Guinness factory, where you want to go, you’ll be spending it with the harp,” Teskey joked.

The garden also features an 11-foot-tall replica of the Imazu Lighthouse in Nishinomiya, as well as a 5-foot-high Kokanee Steel salmon sculpture designed by Melissa Cole and meant to represent the the Salish Indian tribes. 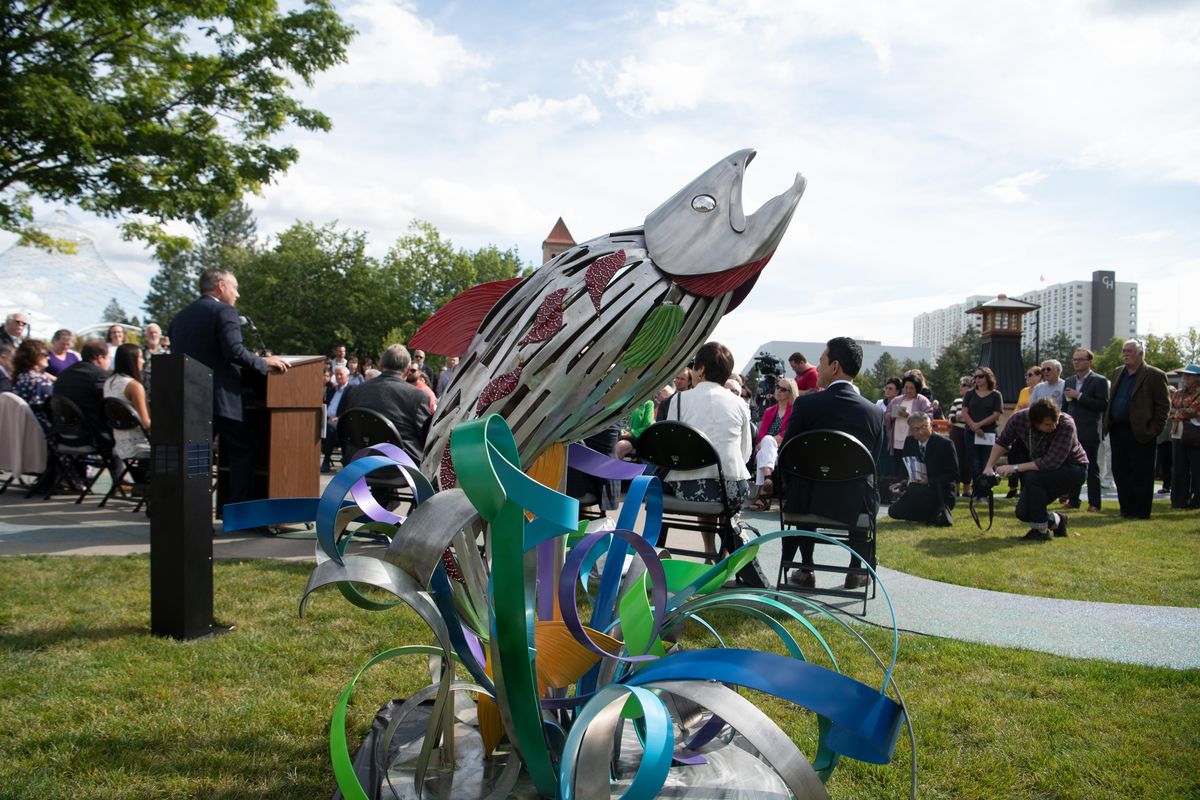 “Just as Spokane did in Expo ’74, we recognize bringing diverse cultures and arts is imperative to uniting us,” Condon said.

The Sister Cities garden replaces the former Japanese Pavilion, which had decayed following its construction for Expo ’74.