By Angela Schneider The Spokesman-Review

To this day, Tom Palmer can’t sleep more than four or five hours a night.

He’s as trained as his dogs ever were.

Palmer, 76, is one of the original racers with the Inland Empire Sled Dog Association, joining for the second running of the Priest Lake races that started in 1970.

At the height of his racing career, which ended two years ago, he was training four days a week.

Every Saturday, Sunday, Tuesday and Thursday, he ran his dogs.

“You have to run them two days back to back because that’s how the races run,” Palmer said last weekend, while he oversaw the 50th running of the Priest Lake races as an official. “You have to see if a dog is going to make it two days in a row.”

That schedule, combined with a career as a ship designer, was tough.

“I’d work eight, 10 hours a day, then go home and train my dogs,” said Palmer, now retired. “You have to if you want to stay competitive.”

So he quit sleeping so much.

“I decided four hours a night was enough,” he said. “But now I can’t sleep over five hours. I’ve trained myself to run on that much sleep.” 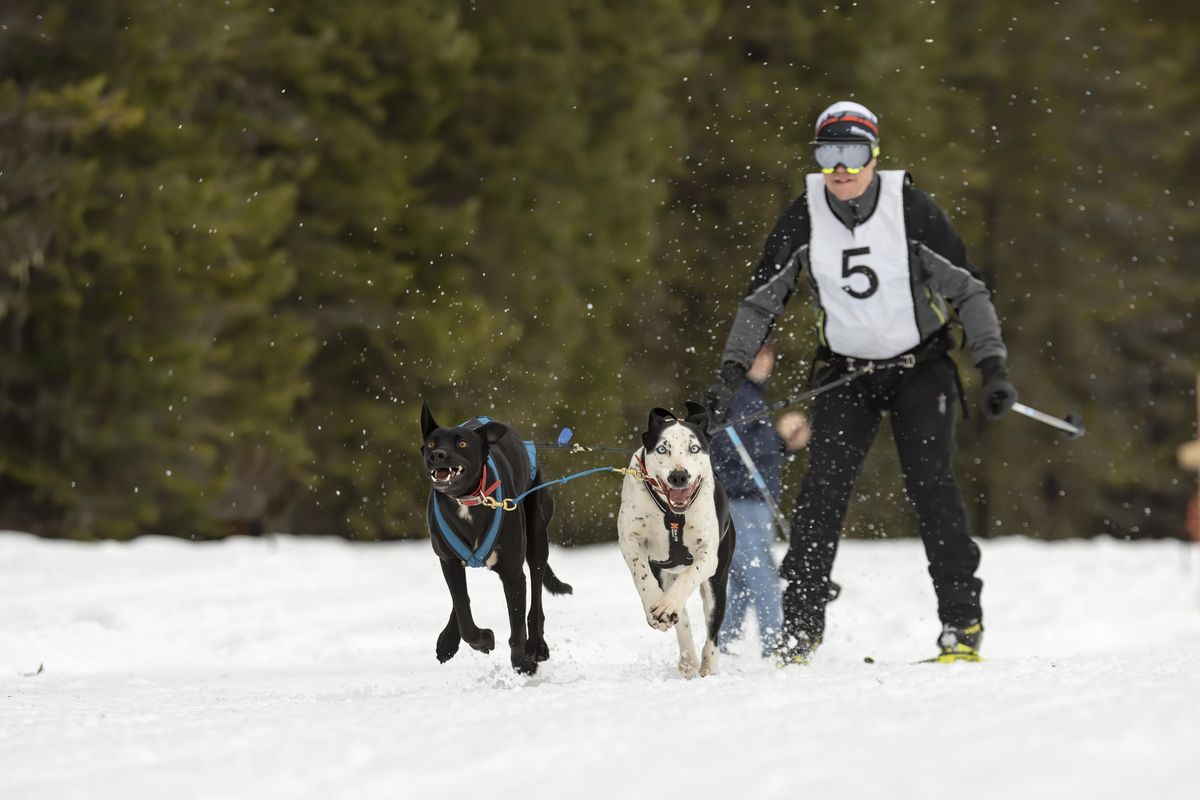 Palmer has watched the changes in sled dog racing over the past five decades, seeing participation in Eastern Washington and North Idaho start to dwindle.

The dedication and costs required are turning people away, along with the weird winter weather that’s causing races to be canceled all over the Pacific Northwest.

The dogs, the trucks to transport them, the sleds and even the $5 booties the dogs have to wear on icy tracks all add up.

“I’ve been telling people for years if I hadn’t got into dog racing, I probably would have been a millionaire,” Palmer said.

While Palmer sees less participation in the sport, Dan Hanks sees it shifting.

Hanks, who has competed with Team USA at World Cup races for dryland and skijor, helps Spokane Nordic run skijor clinics at Mt. Spokane, and remains optimistic for growth in dog sports.

“Our clinics pack out all year long for skijoring,” Hanks said as he prepped for his next race. “(Sled dog sports) are more about one and two dogs now. I think we’ll see more people running with smaller teams.

“I’m hoping we build the sport that way, and then like me people get addicted and get four or five or six dogs.”

It, of course, is an addiction.

Hanks said he always played team sports growing up, but dog sports brought his passion to a whole new level.

“The first time I tried doing a team sport with a dog, it was team sports times 10,” he said. “When you love working with someone, a human, it’s one thing. But working with a dog is different. They work so hard and they’re so dedicated.”

Palmer is of the same mind.

He has bad hips and bad knees, afflictions he attributes to sled dog racing.

But he’d do it all over again.