There are a few important things to keep in mind while huckleberry picking, said Patrick Lair, public affairs officer for the Idaho Panhandle National Forests.

People are technically allowed to use rakes to pick berries in the Idaho Panhandle National Forests, but the practice is strongly discouraged because rakes can damage huckleberry plants, Lair said.

Lair also said that people should keep an eye out for bears when harvesting huckleberries. The berries are an important food source for both grizzlies and black bears.

Make noise when picking, carry bear spray, and leash your dogs if you bring them with you, Lair said.

Weiler said people should stay on trails when they’re picking because people walking off-trail among the bushes can break branches and trample the plants.

“If they get trampled, that’s further impacting potential harvests of the future,” Weiler said.

They wore hats and sunglasses and had plastic pails dangling from strings looped around their necks.

Ideally, Thompson and Rust would have begun filling those pails with huckleberries the moment they began hiking Thursday near the top of Mount Spokane.

Their buckets were empty though, and they didn’t like what they were seeing.

“Look how tiny they are,” Thompson said, pointing out a few purple berries on a bush. “All you see is dots.”

This summer doesn’t look like it’ll be a good one for huckleberry hustlers.

Bushes near the Selkirk Lodge parking lot might have been picked over already, and it’s not peak huckleberry season. Still, many berries on Mt. Spokane don’t look especially tasty. They’re often shriveled and lack that sheen a good huckleberry will have. 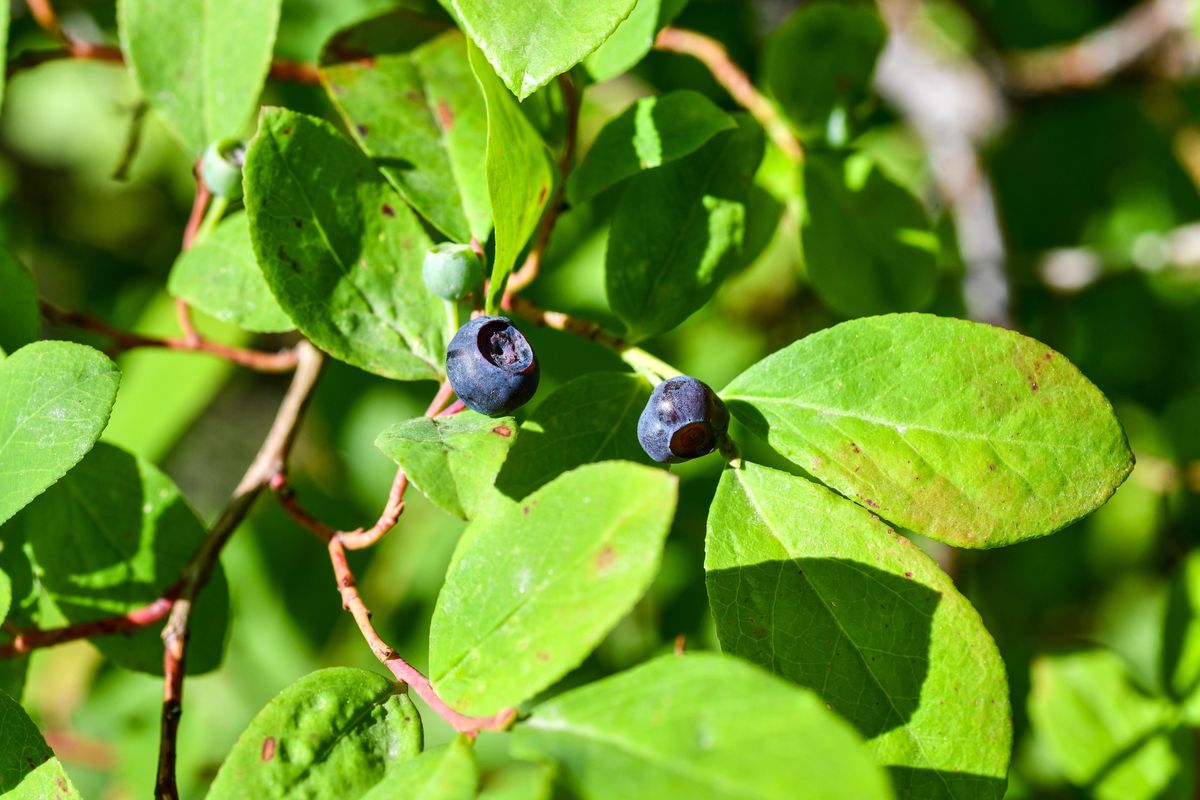 Huckleberry picking will still be OK this year in parts of the Pacific Northwest. Some say that North Idaho berry patches look more bountiful than the Eastern Washington spots. I found a treasure trove of fat, ambrosial huckleberries in Montana’s Cabinet Mountains two weeks ago.

But the record-breaking heat and drought this summer has taken a toll on the region’s beloved and iconic berries. Some huckleberry connoisseurs will be saddened by the slim pickings.

Kirby Walke went huckleberry picking this week on Mount Spokane and didn’t have much luck. He said pails don’t fill up as fast this year.

“They weren’t as plump and juicy,” Walke said of the berries he saw. “You have to put in more work for smaller berries.”

The pretty patch looked better than it was, though.

Holly Weiler, who represents the conservation community on the Friends of Mount Spokane State Park, is 42 years old and estimates she’s been picking huckleberries for 42 years.

Weiler generally holds off on picking until mid-August, when the most berries reach peak ripeness and sweetness. The season is underway now though, and Weiler has seen plenty of people picking on Mount Spokane.

Based on what she’s seen so far, Weiler guesses lots of pickers are going home with empty or near-empty buckets this year.

“It looked like most people were looking for huckleberries and coming out disappointed,” she said. “I didn’t see very many full containers that day.”

There’s near consensus among pickers that huckleberries are smaller this year – although some argue there are good berries out there for those willing to hike farther.

In addition to the huckleberries being smaller, they don’t seem to be as tasty.

“The lack of moisture has made the berries smaller and more tart,” said Rex Schultz, an avid huckleberry picker and volunteer program coordinator for Washington State Parks in the Inland Northwest. “They’re not going to have lots of flavor.”

I’m a huckleberry novice, but I can say that after feasting on pounds of delicious Cabinet Mountains huckleberries, the mini, tart huckleberries on Mount Spokane almost weren’t worth eating.

Some pickers won’t bother hunting for huckleberries this summer.

Weiler probably won’t do much picking because the crop isn’t good and she has some of last year’s berries still left in her freezer.

“I’m lazy,” she said. “When they’re small I’m not interested in picking them.”

There’s also still time for the huckleberry crop to improve. Weiler said with a good rain in August the berries could balloon.

Regardless of crop quality, people will hike out into the woods for huckleberries. Many say part of the allure of huckleberry picking is the challenge, having to put in miles on foot while scouring for the perfect patch.

“It’s so much better if you earn it with your feet,” Schultz said.

“It is a treasure hunt,” Lindy Terry said. “There’s no question about it.”