A fire damaged a foundry Wednesday morning at the Spokane Business and Industrial Park, but sprinklers helped douse flames quickly and the owner is hopeful the business won’t have to stay closed for long.

Crews arrived to find smoke coming from the roof and employees evacuating the large building.

Fire and smoke damaged the roof and duct work, but the building is largely intact.

“The sprinklers did what they’re supposed to do,” Warzon said.

Spokane Industries owner Greg Tenhold said he is thankful everyone got out of the building safely.

“We had a fire that did a little bit of damage, but we hope to be back up and operating relatively quickly,” Tenhold said. 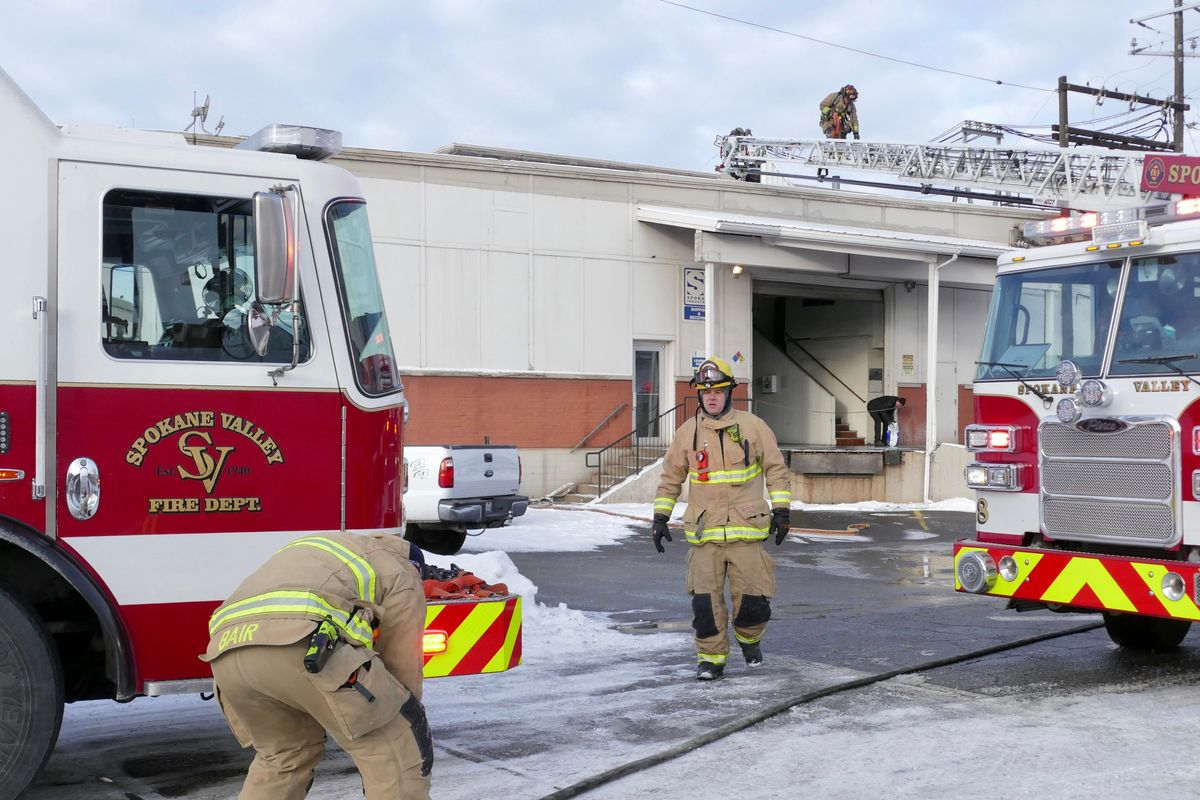 Spokane Valley firefighters roll up hose and other equipment outside a Spokane Industries foundry building in the Spokane Industrial Park Wednesday, Dec. 29, 2021 after an early morning fire. (Jesse Tinsley/The Spokesman-Review)

He expects insurance will cover the damage, which is in part due to water from the sprinklers, along with the smoke and fire.

Two fire trucks were expected to remain on scene for part of the day to make sure the fire didn’t reignite.

The fire started in the kiln area, Warzon said. The cause was still under investigation as of Wednesday morning.

Warzon said no one was injured in the fire.