A GRIP ON SPORTS • If you like cold-weather football, today is the day for you. Or, if you like warm-weather basketball, it’s not bad either.

• Washington State is in Los Angeles, where the Cougars will play USC this evening. Gonzaga is a bit farther north, in the small, secluded bedroom community of Moraga, set to play what’s usually a down-to-the-wire rivalry game with Saint Mary’s. Both spots are considerably warmer than being in the Inland Northwest, where a 40-degree high is heaven this time of year.

On my post-virus bucket list? Spend one college hoop season traveling to all the local schools’ warm-weather games. Sit in the stands wearing shorts, munching nachos and yelling at the top of my lungs.

Then hit up In-n-Out after.

None of those things will be a possibility today at the NFL playoff sites. They are, in order, Green Bay – predicted high: 36 degrees with flurries possible – and Buffalo – predicted high: 38, which seems almost balmy for January 16.

Maybe the nachos would be available, but shorts, yelling and In-n-Out should be out of the question in the middle of a pandemic.

Every sporting event imaginable is available in my living room. Your’s too, if you allocate enough of the monthly budget to cable or streaming or interweb service. So that’s where I will enjoy today’s (and tonight’s) action.

After all, I do make a pretty mean platter of nachos.

• The Big Sky’s plans for a spring football season took a big hit again yesterday when three schools (Montana, Montana State and Portland State) opted not to participate. Though no one is saying it out loud, this is a money-saving decision, pure and simple. The spring season will be expensive without fans paying to watch.

Whatever the reasons, that’s two ranked teams – and one win for whoever had the Vikings on their schedule – gone in an instant.

Sacramento State had already opted out of the season, so the conference is scrambling to revamp the schedules. For schools like Idaho and Eastern Washington, the decisions will result in longer travel, an issue in these days of COVID-19. As of now, however, the show is scheduled to go on. The conference still expects to have a six-game schedule for its member schools that want it. And the NCAA’s FCS tournament will still be played. 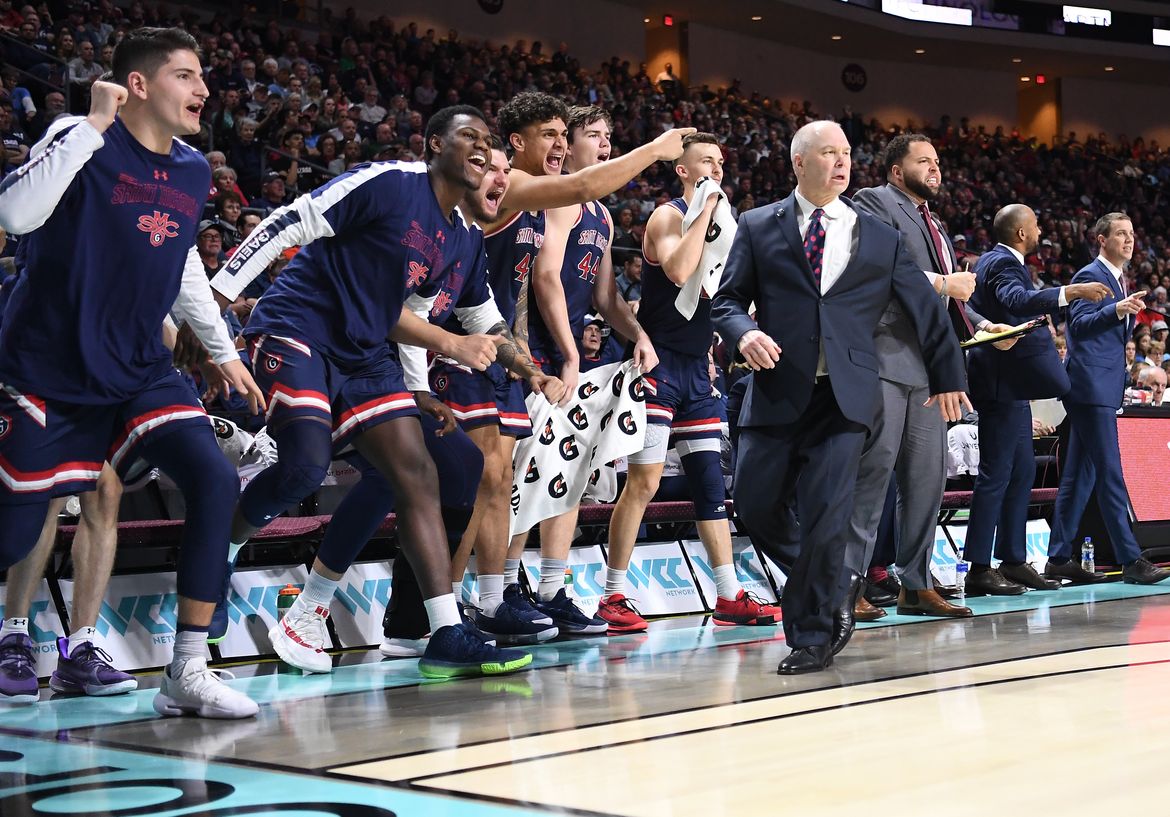 Gonzaga: Well, well. If No. 1-ranked GU can win tonight in Moraga, Saint Mary’s will be 0-3 in West Coast Conference play. After three home games. Now that’s different. Jim Meehan highlights those differences in his game preview. … He also has the key matchups. … Larry Weir spoke with former KXLY-4 reporter Alyssa Charlton, now working for Gonzaga, for his latest Press Box podcast. … Gonzaga is favored by a lot (16 points), though the Zags haven’t covered all that often in conference games. … Elsewhere in the WCC, Pacific and Loyola Marymount meet, both sporting long winning streaks. That’s as in time, not number of games. … BYU hopes its win at Saint Mary’s will help it make the NCAA tourney. That’s only true if the Gaels start playing better. WSU: Their first game as a ranked team didn’t go as the Cougar women wanted. They lost in overtime at USC. … Around the Pac-12 and college basketball, Washington’s Mike Hopkins is on the hot seat. And yet UCLA sees today’s game as a trap. … Utah sees its win over Stanford as medicine. … Oregon State may make some changes today. … The Cardinal visit Colorado today. … The return of its point guard helps USC considerably. … Arizona’s freshman will now start garnering a lot of attention.. … In football news, Arizona State is being hyped a bit. Rightfully so. … Oregon has a big hole to fill. … USC’s running game is being disrespected. Rightfully so. … Utah’s student athletes are still processing Ty Jordan’s death. … Karl Dorrell is making changes as Colorado prepares for next season. … Oregon State’s outside linebackers did not play well last season 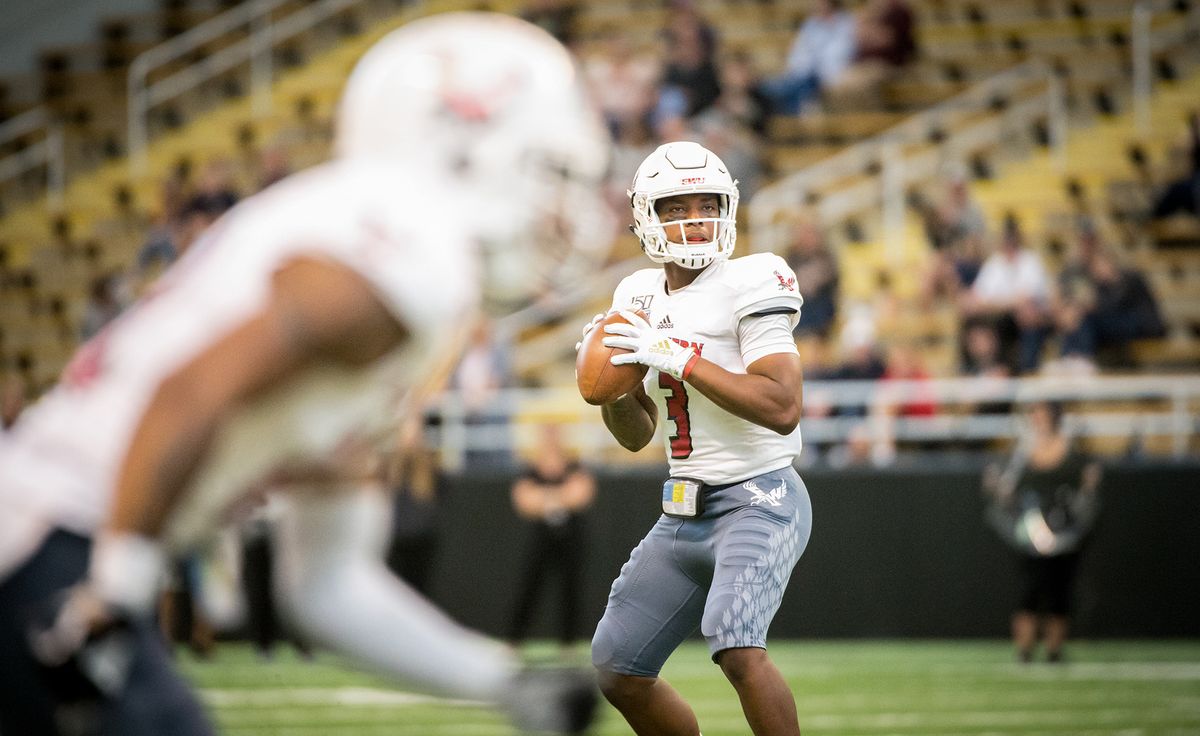 EWU and Idaho: Where Montana, Montana State and Portland State’s decision is going to hurt Eastern and Idaho is the bottom line. Any game with those three includes cheaper travel costs. Ryan Collingwood has a story on the Eagles and Vandals, covering their plans to continue with football this spring. … Around the Big Sky, the news yesterday threw just about everyone in the conference for a loop, from Flagstaff to Davis, from Greeley to Ogden. … Idaho State is playing better as the basketball season progresses. … Montana faces NAU once more.

Preps: The Greater Spokane League announced a tentative schedule for its fall sports, though almost all of it is contingent on COVID-19 testing numbers falling. Dave Nichols has more. … Chiawana star Talia von Oelhoffen won’t be playing for her high school this year, even if there is a season. She’s graduated and headed off to Oregon State.

Seahawks: Josh Gordon falls into limbo again. His life seems on the line, not just his career. … Russell Wilson has to have a voice in Pete Carroll’s decision on a new offensive coordinator. … Will it be Anthony Lynn?

Sounders: Jordan Morris may get an opportunity to see if his game plays in England.

• After working a lot more than 40 hours this week (and receiving her second vaccine dose), Kim is sleeping in this morning. She’s earned it. I’m not sure those of you without a front-line health care worker in your household can understand the toll, physically and mentally, the past 10 months have taken. If it last too much longer, I’m not sure those on the front lines will hold up. Pray for them, will you? That is all. Until later …