WASHINGTON – The streets of the nation’s capital were unusually quiet on the eve of Wednesday’s inauguration of President-elect Joe Biden and Vice President-elect Kamala Harris – save for some 25,000 National Guard troops patrolling the city along with police, Secret Service officers and federal agents.

The swearing-in ceremony is set to take place in its usual location on the West Front of the Capitol just two weeks after supporters of outgoing President Donald Trump climbed those same steps and laid siege to the building, demanding lawmakers overturn the results of an election Trump falsely claims was rigged. 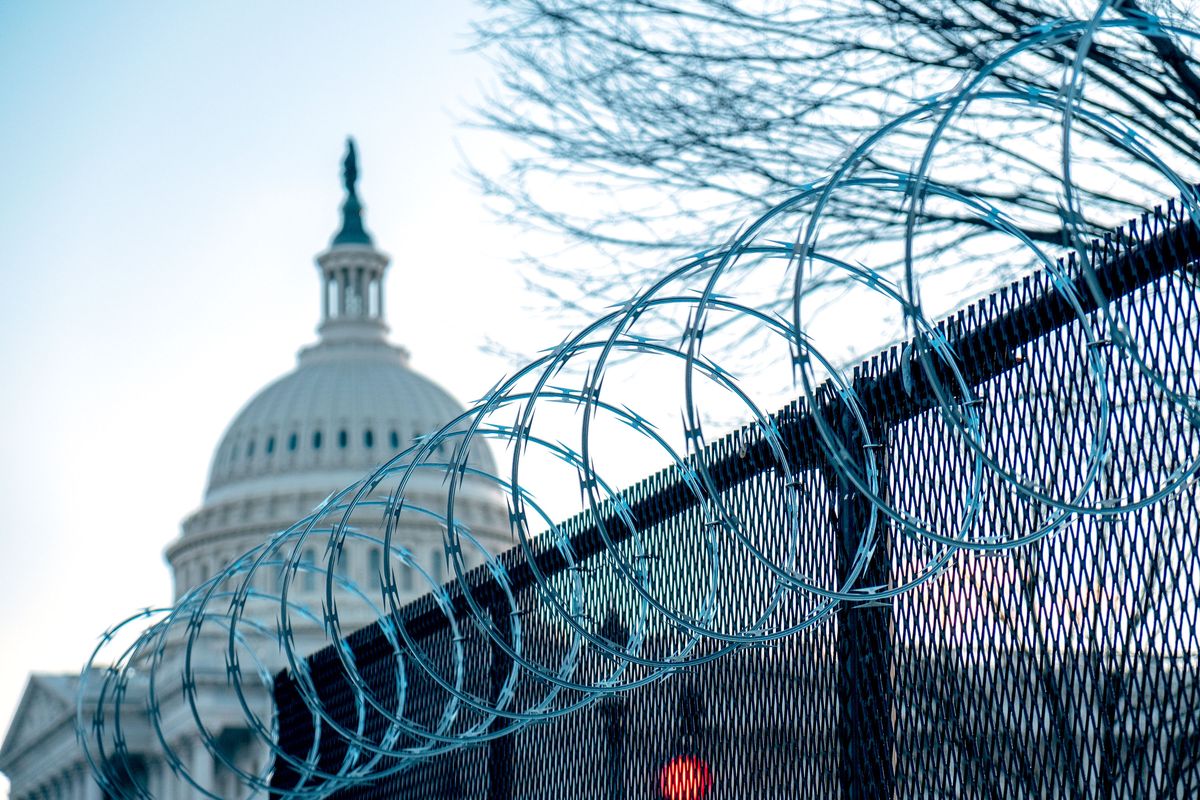 The festivities, which traditionally draw hundreds of thousands to the National Mall, were already going to be unusually quiet due to coronavirus precautions. In the wake of the violent insurrection of Jan. 6, D.C. Mayor Muriel Bowser and the governors of Maryland and Virginia asked Americans to avoid the city and instead watch the swearing-in ceremony and other events from home.

The somber proceedings kicked off Tuesday evening with a memorial paying tribute to the lives lost to COVID-19 on the same day the pandemic’s U.S. death toll surpassed 400,000, more than any other nation in the world. Biden has pledged to make “manag(ing) the hell out of” the crisis his top priority in his first months in office.

In lieu of the usual revelers, the National Mall is filled with nearly 200,000 American flags and was illuminated Monday night with 56 bars of light representing every U.S. state and territory.

On Black Lives Matter Plaza, a stretch of 16th Street NW that was a hub of last summer’s racial justice protests, a handful of activists and Biden-Harris fans held signs expressing cautious optimism about the new administration.

Lafayette Square – the park just north of the White House where police and National Guard troops used smoke canisters, chemical irritants, explosives, projectiles, batons and horses to clear the way for a Trump photo opportunity June 1 – was fortified with the same heavy metal fencing that formed a perimeter around the entire National Mall. Around the Capitol, that fence was crowned with razor wire.

Storefronts throughout Washington’s downtown were boarded up in anticipation of more violence from Trump supporters who pledged to return after ransacking the Capitol, but in the days leading up to the inauguration few Trump supporters were visible in the city. Fearing an insider attack, the FBI screened all 25,000 National Guard members and on Tuesday removed 12 guardsmen, including two for potential ties to anti-government extremist groups.

Biden and Harris will be sworn in as president and vice president shortly after noon local time on Wednesday. Trump, eschewing tradition one last time, has refused to attend the inauguration and will instead host his own departure ceremony at an Air Force base outside Washington before flying to Florida, where he plans to live at his Mar-a-Lago Club.