No one was seriously hurt in a three-car crash in north Spokane early Thursday afternoon, but the incident smashed a 1958 red Corvette just ready to go to an auto show later this month.

Witnesses said a speeding Ford Escape ran a stop sign at the corner of Maple Street and Rowan Avenue and was T-boned by a pickup. The Escape was flipped on its side and then skidded into the vintage sports car at the other side of the intersection.

The owner of the Corvette, Gary Keyes, said he was just running an errand to the store for Rain-X. In a couple of weeks, he was supposed to get the car to Pendleton, Oregon, for the Hotrod-a-rama auto show. 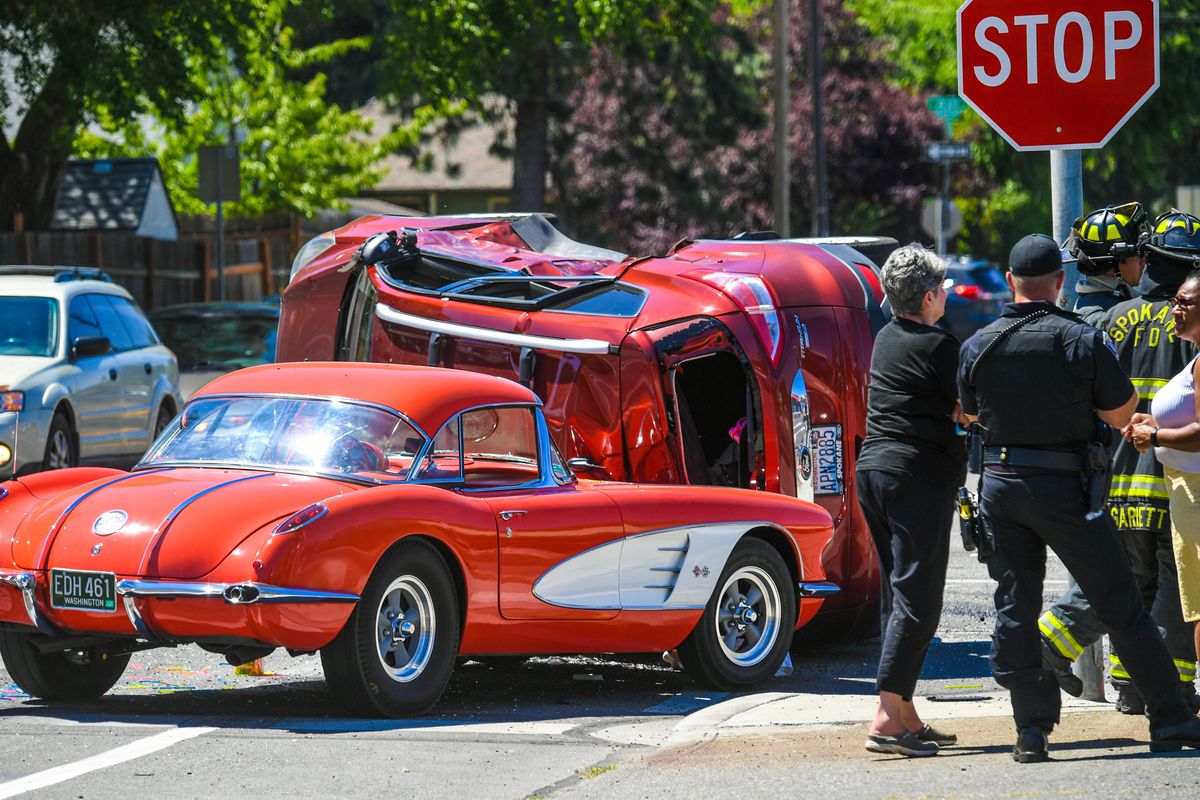 Gary Keyes’ restored 1958 Chevy Corvette suffered front-end damage after a 2014 Ford Escape slide into the classic car on the corner of Maple Street and Rowan Avenue, Thursday, July 15, 2021, in Spokane. Keys had planned to take the vehicle to a car show in Oregon in two weeks. (DAN PELLE/THE SPOKESMAN-REVIEW)

Spokane police officer Bill Workman confirmed at the scene that the Ford Escape ran the stop sign and that everyone involved suffered only minor injuries. The woman driving the Escape was given a ticket.

Keyes said his passion for classic cars has been hit by a run of bad luck.

Seven years ago, Keyes was driving a 1955 Austin-Healey not too far away from where the accident occurred on Thursday.

Just like today, Keyes stopped at a stop sign, but that time was slammed into from the back by an inattentive driver.

Keyes will get the Corvette evaluated to see if it can be repaired, but the auto show won’t be happening for him and his beloved car this year.

He has insurance on the Corvette.