By Josh Neumeier For The Spokesman-Review

Death Cab for Cutie headlined the Pavilion at Riverfront on Wednesday night, and Deep Sea Diver was the opening act.

“I Will Possess Your Heart”

“You Are a Tourist”

“The Ghosts of Beverly Drive”

With a setting sun, Seattle’s Deep Sea Diver drove home an opening set as the crowd by the thousands filed across the century-old “Blue Bridge” into the gates of Pavilion at Riverfront on Wednesday.

With ever-growing safety concerns through these weird times, the crowd was requested to show access requirements to music gatekeepers before making the ascent to the warm embrace of Spokane’s newest entertainment venue.

Death Cab for Cutie’s road crew loaded onto the stage, and the crowd started to pour down from the grassy hillside to the floor to get a closer spot for the indie rockers’ first show in Spokane in six years.

Frontman Ben Gibbard sat behind his piano, his fingers dancing against the ivory keys in cohesion as the intro for “I Will Possess Your Heart” was caressed by bass slayer Nick Harmer.

With increasing praise from the crowd, drummer Jason McGerr turned his snare into a drum machine linking up seamlessly with band members Dave Depper on lead guitar and keyboard wizard Zac Rae.

Death Cab for Cutie was a project Gibbard launched in 1997 in Bellingham while studying environmental chemistry at Western Washington.

He then brought on Harmer and a few others before landing on this Pacific Northwest lineup that ignites stages with a forever love letter to our teenage angst and emotional exploration. 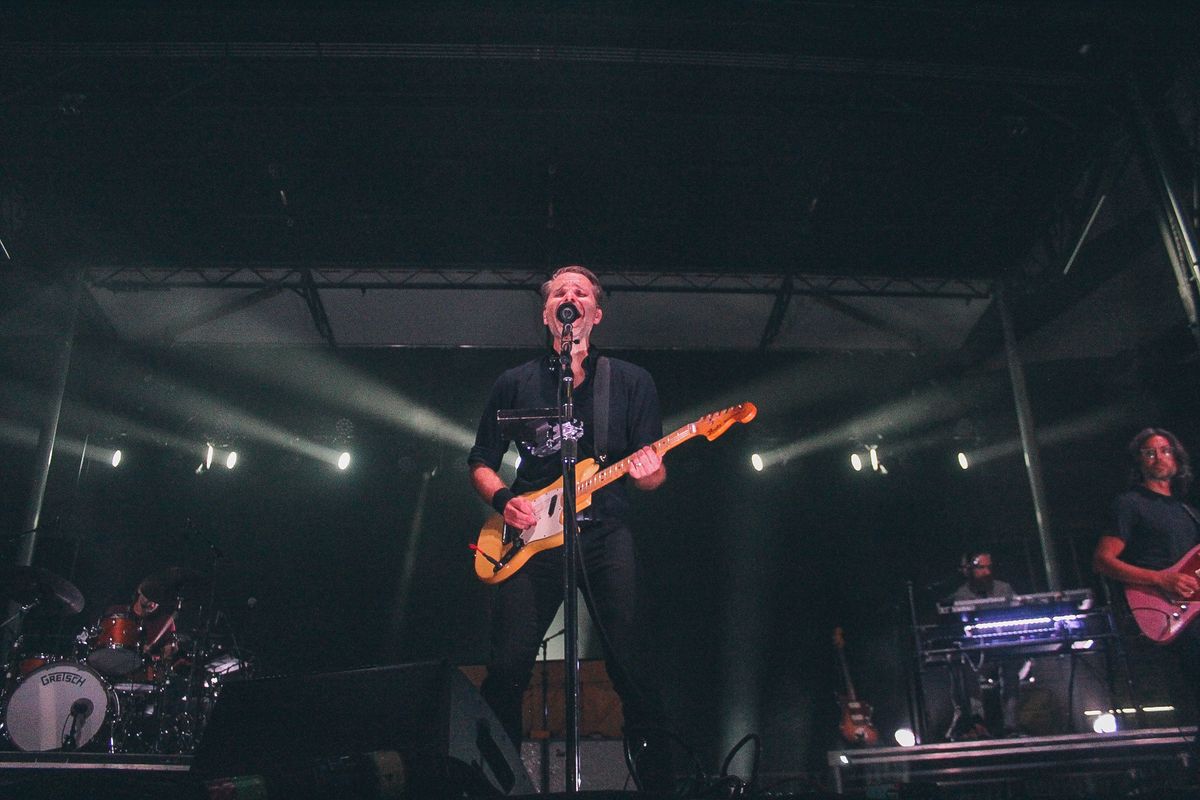 “What a beautiful venue! I feel like I am in a spaceship – I love it!” Gibbard said after finishing up “Ghosts of Beverly Place.” “It’s been six years since we’ve played in Spokane, and that’s too long.”

With the iconic clock tower in view, lighting from the stage painted fan faces shades of blue and purple. The crowd danced and sung through albums of teenage angst, emotional loss and blossoms of love from the windpipes of Gibbard’s voice.

Each song had an energy that only a show on a Wednesday night could bring, and fans sang lyrics with precision and pure bliss.

“Our songs can’t be dedicated to our friends because they are about death and broken guitar straps,” Gibbard said after a strap broke on his Fender Mustang guitar. He held it high for the crowd to see. “This is for our friends.”

“We Looked Like Giants” led into the anticipated heart-string tug of “Soul Meets Body.” Gibbard stood with Gibson acoustic ax held high, and the crowd roared with praise and a colossal round of applause. But that wasn’t all that she wrote on this night.

A few minutes ticked off the clock tower until Gibbard walked back onto the stage alone. Grabbing his guitar, he immediately went into fan favorite “I Will Follow You Into the Dark,” and the crowd sang the entire song, drowning out Gibbard’s powerful voice. It was amazing.

The encore continued with a cover of TLC’s “Waterfalls” from the recently released EP “Georgia” with the band’s five grown men dancing and smiling together.

After closing with “Transatlanticism,” Gibbard bid farewell: “Thanks a lot, Spokane, we’ll see you next time!”