You can see the resemblance between Edwin Magana and his son, Junior, in their grin.

As the father watched his boy go through the paces at Spokane Boxing Gym on a recent Wednesday evening, that smile emerged as he thought about finally standing in his son’s corner for a fight.

“It’s pretty rough to be with the crowd,” Magana said.

Magana, a native of Los Angeles, has spent the past several years trying to recruit others to his corner, including former federal prosecutors, church members and the nonprofit law firm The Way to Justice. The 34-year-old father of two hopes this fall to clear his name of a decade-old criminal charge out of his native California, which Magana says is a relic of his past life and preventing him from working in the community and being the dad he hopes to be.

A dropout in the ninth grade, Magana said he fell in with gangs while living with his single mother. In 2011, after release from prison on some drug and firearm possession charges, he had a choice – stay in California and comply with the terms of his parole, while remaining near the influences that had landed him in jail in the first place, or travel across state lines to be closer to family that could support him.

“Everyone that I grew up with is either dead or serving life,” he said.

So he traveled to Washington, where he got a job at a lumber mill. Meanwhile, in California, Magana’s case was resolved through a pleading of no contest, and the judge in that case imposed a six-month prison sentence.

Magana had learned to cut hair growing up in Los Angeles, and continued to do it for co-workers while at the mill.

“I was really poor growing up,” he said. “My mom really messed up my hair one time.”

So Magana learned to do it for himself – and his friends.

It was a skill that Chris Hoke, a pastor at the re-entry ministry program Underground Ministries in Mount Vernon, Washington, encouraged him to pursue. Magana picked up some clippers and continued to practice his trade.

“My main concern, as a pastor, is his son,” Hoke said. “If he’s a presence in his child’s life, that leads to a safer community. That’s the bigger question to me.”

But Magana needed schooling in order to earn a license to practice as a barber in Washington state. Hoke paired Magana with his father-in-law, Bill Beatty, a retired prosecutor in the U.S. Attorney’s Office of Eastern Washington.

Beatty met with Magana, helping him study for his exams to become a licensed barber. Beatty said he saw a devotion to family and faith that was sincere, and noted that California is in the midst of review of roughly 76,000 criminal cases for earlier release due to good behavior.

“I think he would be the perfect candidate to have this thing dropped,” Beatty said. 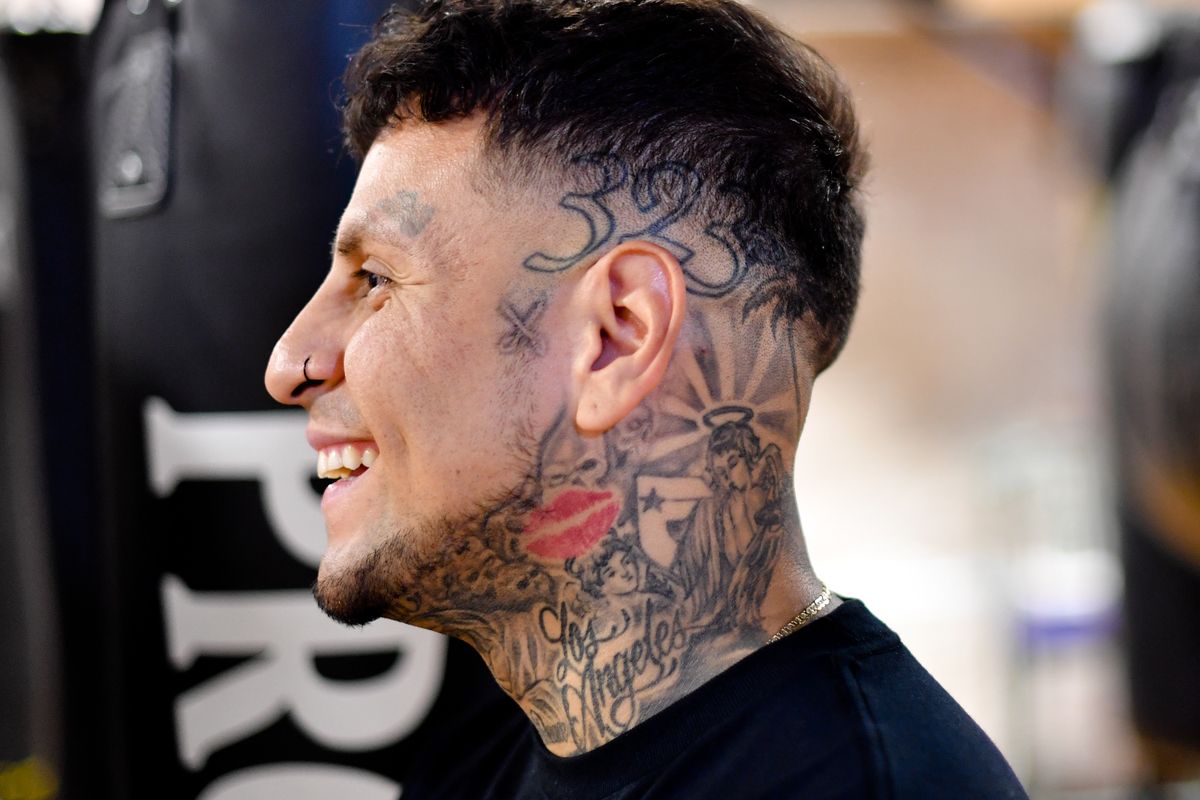 Edwin Magana, laughs while his son Junior trains, on Wednesday, Sep 15, 2021, at the Spokane Boxing Gym in Spokane, Wash. Edwin Magana, is a local barber, who is trying to get his record clean after a stint in California jail during his early years. He’s spent the last decade living clean in Washington state, and is helping Junior train as a boxer. (Tyler Tjomsland/The Spokesman-Review)

Magana has been working with local attorney Camerina Zorrozua on his case, along with his attorneys in California. Zorrozua is a co-founder of the nonprofit The Way to Justice, which operates in Spokane’s South Perry District and offers driver’s license reinstatement, post-conviction relief and other services for those involved with the criminal justice system. Zorrozua’s recent work has been dominated by felony drug possession convictions that were invalidated by rule of the state Supreme Court earlier this year.

Zorrozua said Magana’s case demonstrates the need for organizations that advocate for those formerly incarcerated.

“It touches on everything that we do here,” Zorrozua said. “If the court just does things in a certain way, it’s just process, and people become files and numbers.”

Zorrozua helped put together a packet of more than 30 letters of support for Magana, from Hoke, Beatty and others, all chronicling what they call a perfect example of a man deserving of another chance at a life beyond prison walls.

Church and legal advocates said they were drawn to Magana’s case by his relationship with his two sons. That includes a renewed place in the life of Junior, with whom Magana began living several years ago, helping to instill in him an interest in boxing.

Junior, now approaching his 16th birthday, joined Magana to watch some matches shortly after they began living together.

“I was just fascinated by the sport, you know? I like this sport a lot,” Junior said.

The younger Magana paired up with coach Ray Kerwick, who’s been training young fighters in the Lilac City for decades.

“He’s got the best defense of any of the kids I have right now,” Kerwick said, watching Junior practice punches with his dad. Kerwick said Junior had an almost innate ability to know when to block and when to parry a punch.

Kerwick said having Magana at the gym is important, but clearing his legal issues and getting on the road would be even more beneficial for his son’s passion.

“These kids need support. They need support from their parents, and any other siblings they have,” Kerwick said. “My experience is if they don’t have that support group behind them, they’ll usually fall off, on the wayside.”

“I can’t even go to Seattle because I’m worried I’ll get pulled over going through the pass,” Magana said.

Beatty, the former prosecutor, said having the case hanging over Magana’s head doesn’t make much sense, given what is known about recidivism.

Magana’s attorney will appear in court in California on Friday, ahead of another scheduled hearing early next month. Magana won’t have to travel to California, which Beatty said is a good sign.

Magana said it’s his faith that he’s leaning on as he waits for the judge to make a decision, and the hope that he gets a chance to continue to be a big part of his kids’ life.