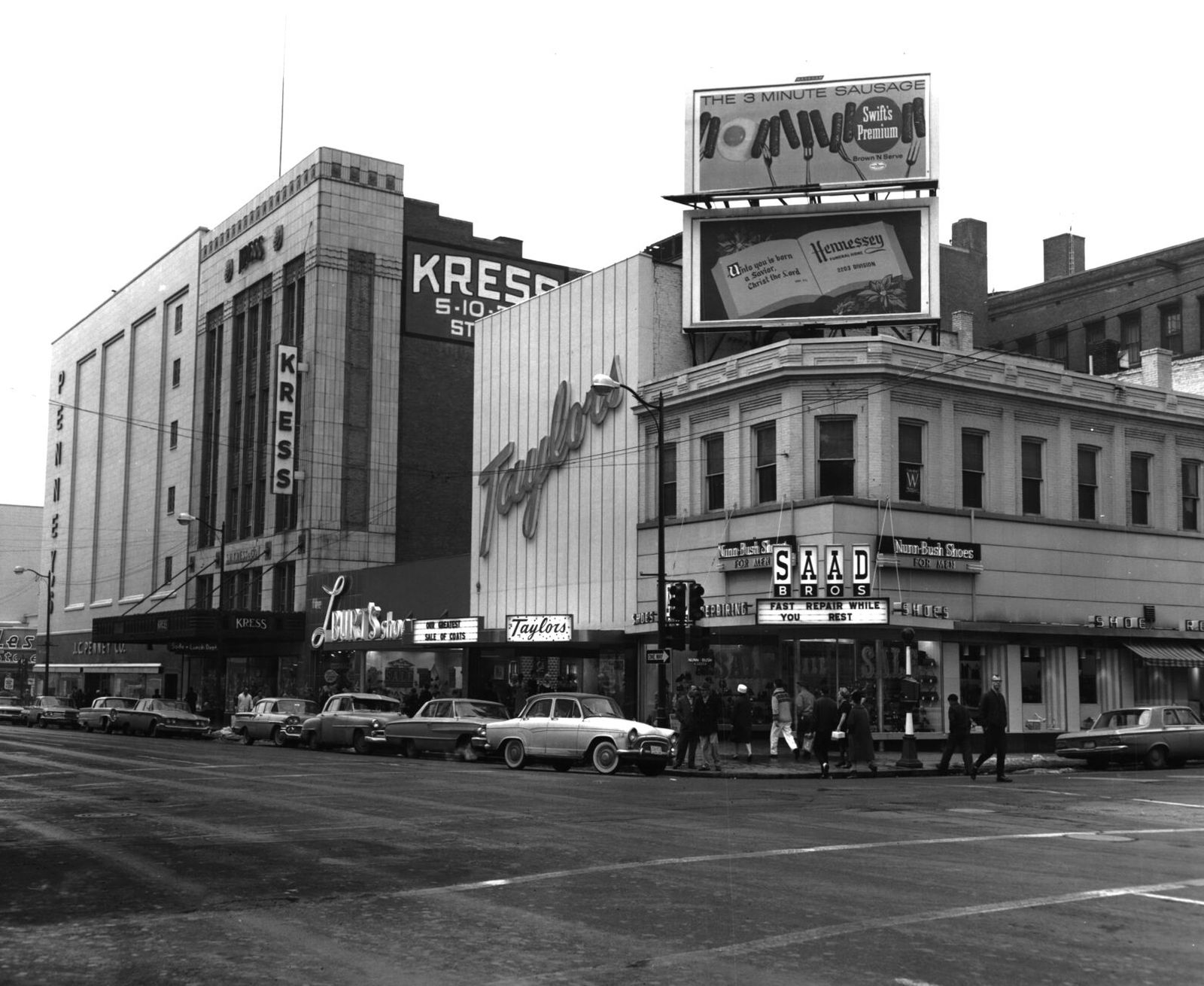 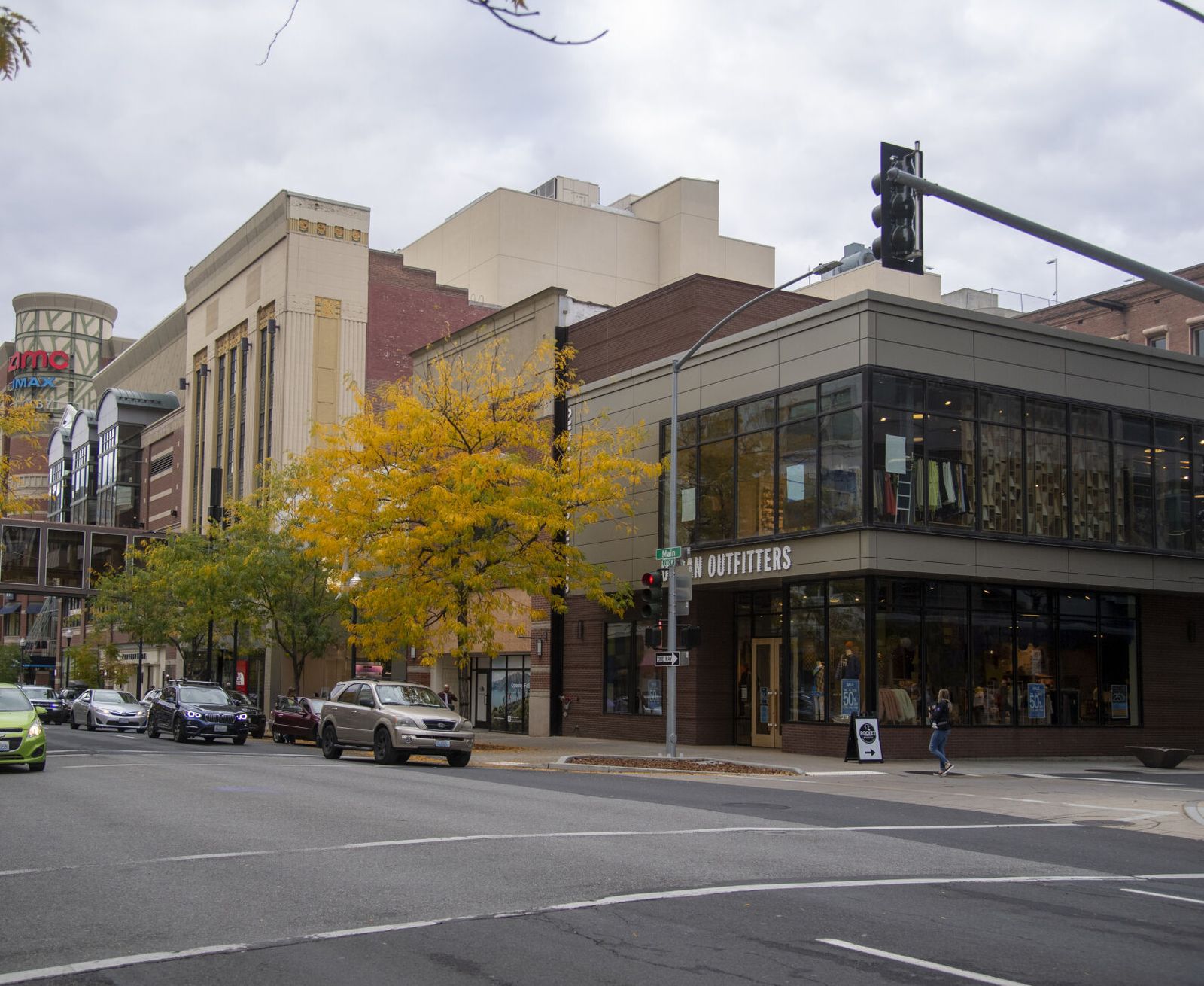 The storefronts at 710 and 706 West Main Avenue were the locations of one of Spokane’s longest lasting restaurants, Johnston’s Cafe.

Today’s Apple Store at 710 West Main Avenue is in a tall one-story building first constructed in 1900. In its early years, it was an extension of the City Market at Second Avenue and Stevens Street, with independent grocery vendors selling their wares. Johnston the Coffee Man, who had started his coffee and tea business in 1909 inside the City Market, moved to the Main Avenue location around 1913, serving and selling coffee and tea.

The 706 West Main building, rebuilt after the great fire, was the Theatre Comique, a bawdy vaudeville and burlesque theater both before and after the great fire. The new theater was a three-story brick building with entertainment aimed at all-male audiences. The theater closed down around 1908, not long after a Spokesman-Review investigation exposed how women there invited men into private boxes, perched above floor seats and asking the men to buy them one-dollar bottled beers instead of 25-cent beers in glasses.

After the Comique closed, Spokane Hardware took its place.

Scottish immigrant, James Johnston, expanded his coffee business with a bakery. In 1930, he moved the coffee shop into Spokane Hardware’s space next door.

Johnston’s shop on Main became the favorite of city hall officials, clerks, firefighters and cops, who livened up the cafe with the latest rumors and gossip. City hall workers could slip across the alley and into the back door of the cafe. Veteran Spokesman-Review reporter, Jack Roberts, wrote that “If you listened close enough and drank enough coffee (at Johnston’s), you could usually get a line on what was happening at at City Hall.”

James Johnston died in 1948 and his son, Henry M. Johnston took over the business.

After the cafe was gone, downtown shopping was in its heyday. Both storefronts became clothing or shoe retail stores that included Taylor’s, Zukor’s, Burt’s Shoes, Mariposa, Nagler’s, Talbot’s and others.

During the 1990s, both buildings were incorporated into River Park Square mall. The Apple store opened in the former Eddie Bauer store in 2010.